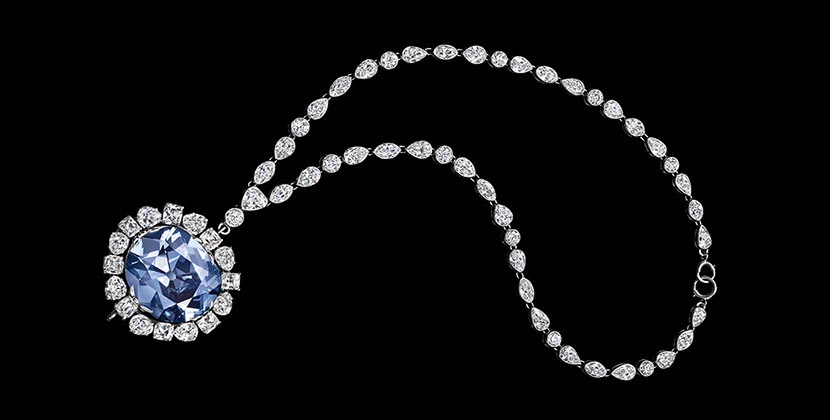 Scientists have uncovered some astonishing information

If you think the Hope Diamond just sits and sparkles in the Harry Winston Gallery at the Smithsonian in Washington, D.C., you couldn’t be blamed. It is the most famous blue diamond—perhaps the most famous diamond—in the world. I am sure most people assume the research on the stone and all the stories about it have been uncovered.

Scientists and scholars actively study it and have discovered new information consistently over the years. Just a couple of weeks ago, amazing news about the gem was revealed to the press during the celebration of the 20th Anniversary of the opening of the Janet Annenberg Hooker Hall of Geology, Gems and Minerals. More on that in a moment, first some news on the famous curse.

When I was doing my due diligence before writing this story, I watched the Smithsonian Channel’s 2010 production “Mystery of the Hope Diamond” and was shocked to learn the curse is believed to be a 20th century fabrication. In the documentary Richard Kurin, the Under Secretary for History, Art and Culture at the Smithsonian Institute, explained that no documentation relating to the curse exists predating, the time it was acquired by the great Pierre Cartier around 1909. While the French jewelry scion was a visionary, an aesthete and a great philanthropist, it seems he was also a fabulist. The voiceover in the documentary, clearly states Kurin’s thoughts on the situation. It says:

“The curse was an invention. The brain child of Pierre Cartier who fabricated the tallest of tales to whet Evalyn Walsh McLean’s appetite for the diamond. Cartier’s brilliant sales pitch had created for the Hope Diamond a legendary mystique that elevated it into one of the world’s most valuable artifacts.” 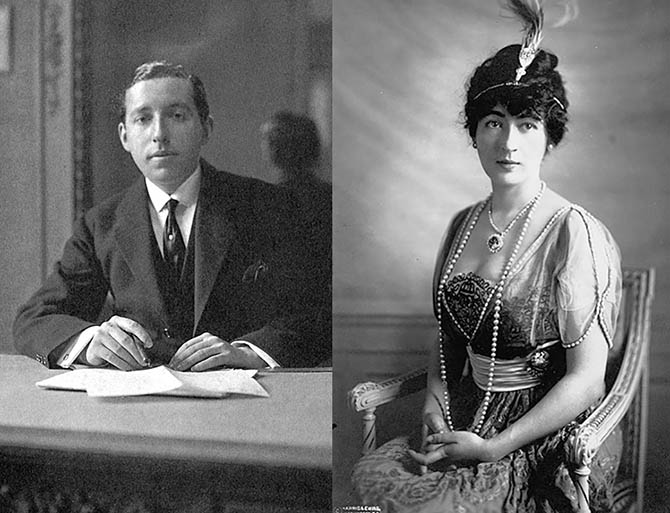 Pierre Cartier at his desk around 1910 and his client Evalyn Walsh McLean wearing the Hope Diamond in a portrait taken around 1912. Photo Cartier Archives © Cartier and Getty

While it may be a disappointment, or perhaps it’s a relief, that the curse is a modern-day myth, scientists have discovered something pretty magical that is absolute fact. Over the last 10 years, three scholars—led by Dr. Jeffrey Post, Chair of the Department of Mineral Sciences and curator of the National Gem and Mineral Collection—have pieced together what the Hope Diamond looked like when it was owned by Louis XIV and why it was cut a specific way. 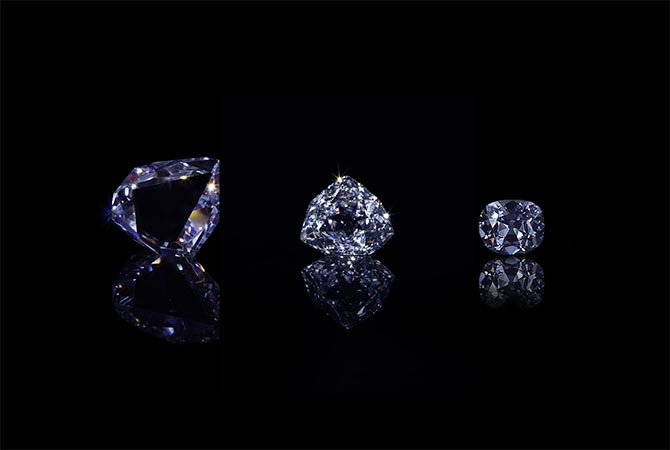 Three simulations of the Hope Diamond show how it looked when it was owned by gem dealer Jean Baptiste Tavernier (far left), the brilliant style Louis XIV had it cut into known as the French Blue (center), and the final shape of the stone that was named the Hope Diamond. Photo courtesy of John Bigelow Taylor

The Sun King purchased the 115-carat Mughal style triangular shape blue diamond from gem dealer Jean Baptiste Tavernier in 1673. Then he had the gem cut way down to a 69-carat stone. It was a variation on a brilliant-cut and is considered one of the first gems fashioned in a brilliant style. Historians did not know the exact faceting—just a rough idea from sketches—on what became known as the French Blue. They didn’t know with certainty because, it was cut down again to 45.52-carats after it was stolen from the French treasury in 1792. (The new shape was done to elude authorities.) The stone surfaced in London around 1839 with the man who gave the diamond its modern name Henry Philip Hope.  It’s an epic drama, but basically the stone was cut three times. 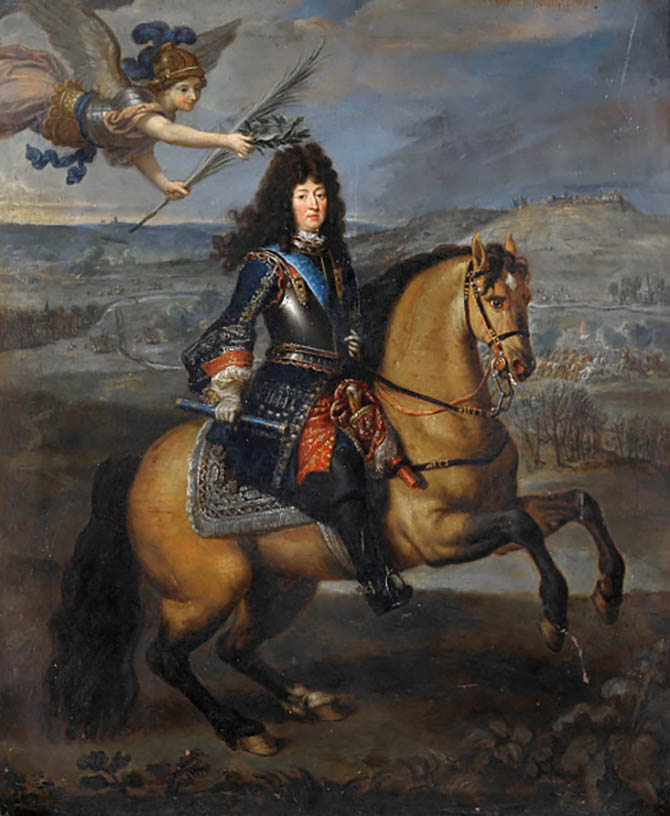 Well, now Dr. Post and his colleagues figured out the exact shape of Louis XIV’s French Blue. How? The first step was the discovery of a lead cast of the gem by Professor François Farges at the Museum of National d’Histoire Naturelle in Paris. French inventory records also stated that the stone was mounted in a gold backing on a little gold stick. When Professor Farges created a simulation on computer of what the gem would have looked like in the gold backing, he was amazed at what he saw. It seemed the French Blue was cut with shallow facets and mounted in a gold object in order to beam a sun pattern from the back. Clearly it was intended to represent the Sun King. “The gem wasn’t worn. It was made to be observed by diplomats from all over Europe who visited the king,” explains Professor Farges. “It was a political instrument that said France was so rich they could use diamonds at any time to finance a huge army if the country was invaded.” 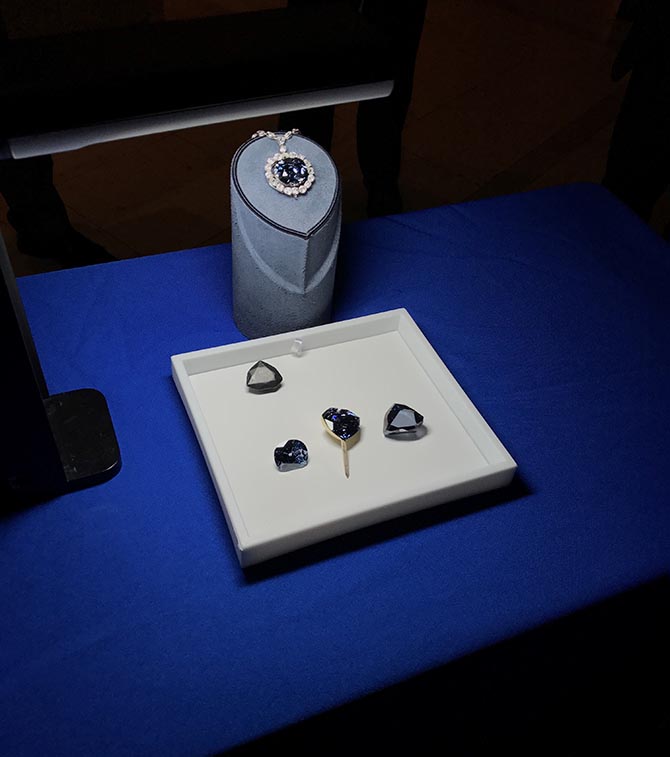 While Professor Farges was confident what he was seeing in computer renderings was accurate, he and Dr. Post wanted to be certain and they wanted to see it in three-dimensions. They engaged master lapidary John Hattleberg to recreate the French Blue in cubic zirconia. The technology Hattleberg used to make the gem—exact size and color—didn’t exist even five years ago. New developments have made it possible for him to make the stone exactly as it would have existed for Louis XIV. John also worked with a jeweler to make the gold backing on a stick. When the two parts were put together, the sun did indeed shine through the facets from the back.

“It is not quite as spectacular as taking the DNA from the blood of a mosquito and creating a dinosaur,” explained Dr. Post at the press preview. “I mean it is not like we are going to make Jurassic Park out of this, but on the other hand we have used modern technology to bring back the history of a diamond that no one has seen since 1792. We are putting ourselves back into the eyes of Louis XIV to see what he saw. We are bringing that diamond back out of history here to today.” 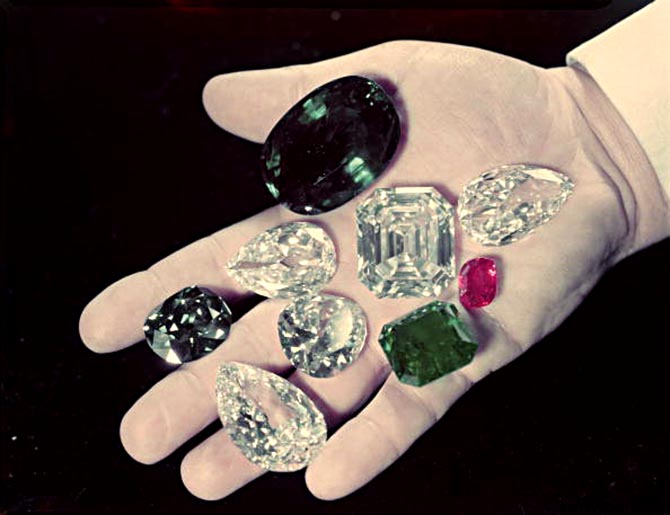 Harry Winston holding some of his famous gems including the Hope Diamond (between his middle and index finger) that he donated to the Smithsonian in 1958. Photo The LIFE Picture Collection/Getty Images

When Harry Winston gave the Hope Diamond to the Smithsonian in 1958 and sent it to the museum in the mail, he knew he was gifting something pretty fabulous to the American public. The consistent study of the stone has made the gem even more magical. Research has transformed it into a beautiful window to look back at history.

In terms of the latest discoveries, the models of the three renditions of the diamond—the Tavernier, the French Blue and the Hope—as well as a model of the lead cast and the Louis XIV-style gold setting will eventually go on display with the Hope Diamond in the Harry Winston Gallery at the Smithsonian. A second set of the simulated gems will also become part of the Museum National d’Historie Naturelle in Paris.

Sotheby’s Sells The Most Expensive Earrings In The World