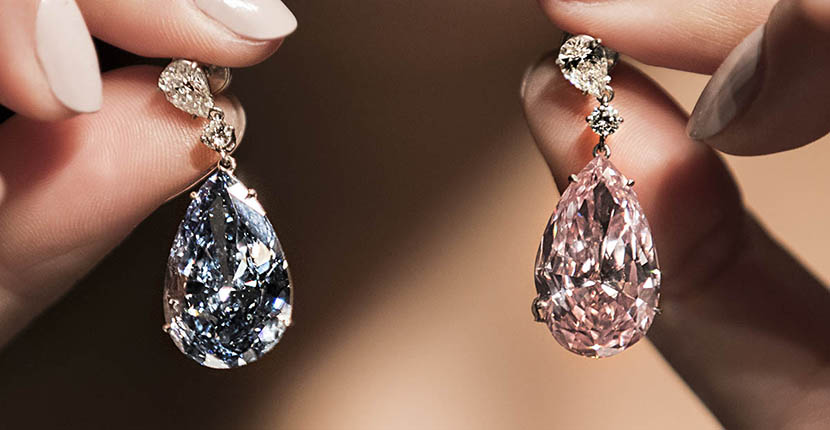 The Most Expensive Earrings in the World 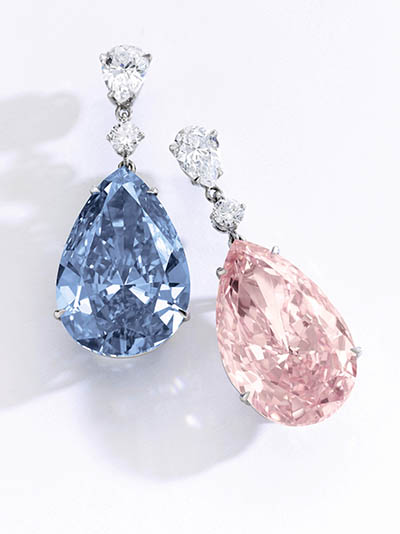 The Artemis and Apollo Earrings Photo courtesy of Sotheby’s

You do not need to be in interested in jewelry to know that blue and pink diamonds are heating up the auction market. The astronomical prices the gems have been fetching in the last couple of years have made headlines world-wide.  (See the biggest-ticket sales below.) Now you can add the Artemis and Apollo earrings to the list.

While the diamonds were promoted in a pair of earrings, they were sold as individual lots on May 16, 2017 at Sotheby’s in Geneva because each stone was that exceptional and, well, expensive.

The bidding for the 14.54-carat pear shape Apollo Blue diamond went relatively quickly between what seemed to be two or three buyers on the phone and in the room. The final price for the largest Internally Flawless Fancy Vivid Blue diamond ever to be offered at auction was $42,087,302. The gem was an epic prize for the collector. According to the GIA, the Apollo Blue is a Type IIb diamond— a group which contains less than one half of one percent of all diamonds.

The bidding for the 16-carat pear shape Artemis Pink went on a bit longer with a few more people in on the action. In the end, the Fancy Intense Pink sold for $15,338,176. According to the GIA, the Artemis Pink is a Type IIa diamond, which is the best there is.

The Artemis and Apollo diamond earrings will remain together. The buyer, who has chosen to remain anonymous, obtained both stones for a total of $57,425,478 . 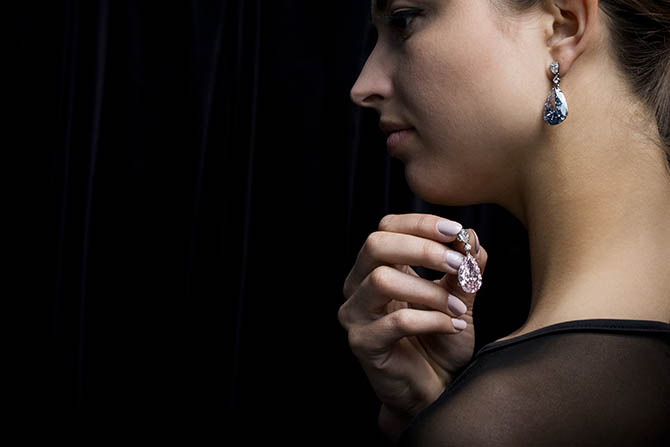 The Apollo and Artemis Diamond Earrings. Photo by Tristan Fewings/Getty Images for Sotheby’s

Salvador Dalí’s Eye of Time Goes on the Auction Block