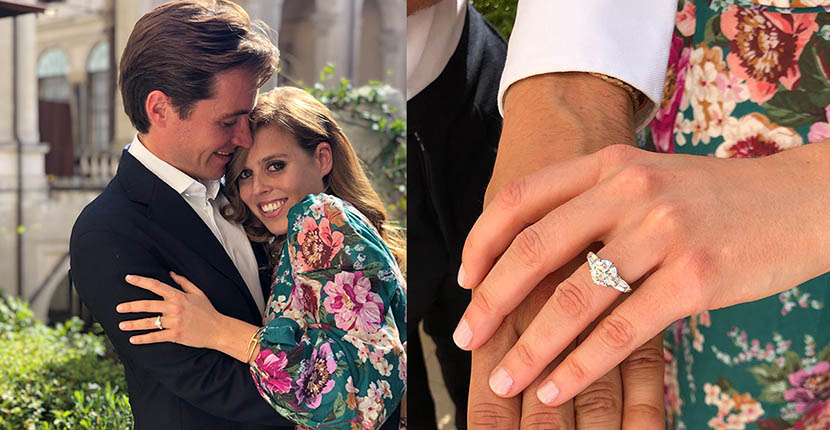 Edoardo Mapelli Mozzi and Princess Beatrice wearing her engagement ring by Shaun Leane pose together as their engagement is announced. Photo by Princess Eugenie/Buckingham Palace via Getty Images

It was a royal wedding that made Princess Beatrice a viral celebrity (her Philip Treacy fascinator at Prince William and Kate Middleton’s 2011 nuptials was the hat that launched a thousand memes). Now, she’s getting a royal wedding of her own. Today, the Duke and Duchess of York (aka Prince Andrew & Fergie) announced that their eldest daughter will wed Italian property developer Edoardo Mapelli Mozzi. According to the statement issued by Buckingham Palace, Mozzi proposed while the couple were vacationing in Italy earlier this month. So far, so royal.

The ring, however, is a delightfully unexpected break from the Mountbatten-Windsor clan’s usual playbook. It wasn’t sourced from one of the staid, royal-warranted houses like Garrard or Cleave but from decidedly edgy contemporary jeweler Shaun Leane. The designer rose to fame in the 1990’s with his other-worldly creations for Alexander McQueen and usually deals in a darker breed of romance — one where the roses always have thorns. He’s a fitting choice for a bride who’s known for her bold fashion choices. 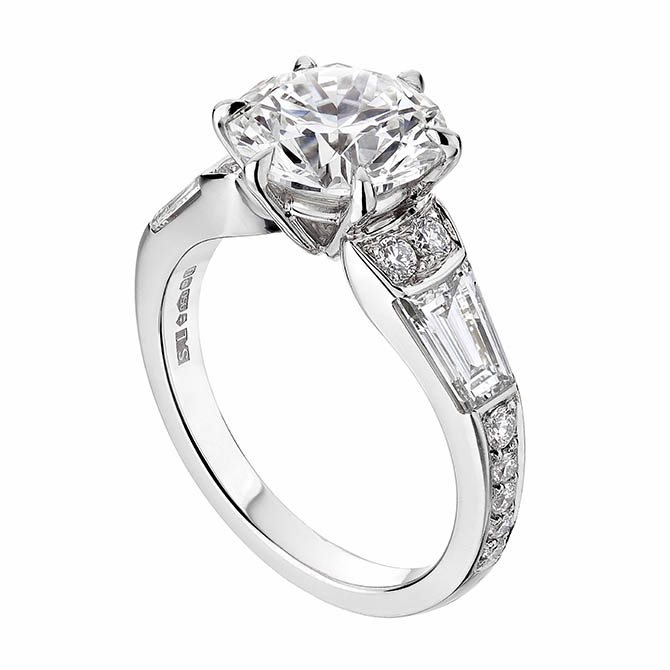 Designed in collaboration with Mozzi, the ring features a 2.5-carat round-brilliant center stone flanked by two smaller round diamonds and a 0.75carat tapered baguette on either side, set in platinum with diamond pavé extending halfway down the band. Discussing the bespoke design with Women’s Wear Daily, Leane said: “I worked closely with Edo for the past four to five months: He wanted the fusion of two elements in one ring, his love of Art Deco and Princess Beatrice’s love of Victorian style, so it’s a mix of both aesthetics.” But that’s not to say the ring lacks Leane’s imprimatur: the six prongs holding the center stone in place, chiseled to fine points, nod to the talon motif that is a signature of Leane’s collection. 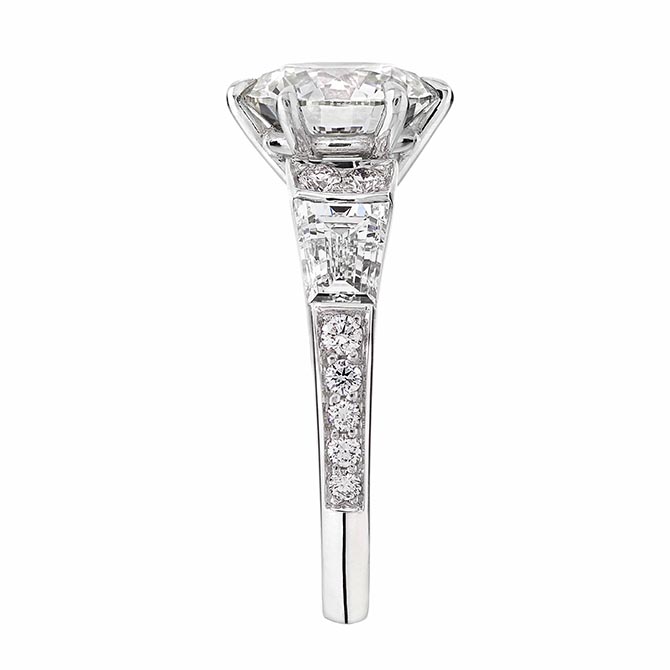 Despite Leane’s avant-garde pedigree, the design is one of the most traditional engagement rings to grace a British royal’s hand in quite some time. Beatrice’s younger sister, Princess Eugenie, got engaged last year with an exceptionally rare Padparadscha sapphire, prized for its unique peachy-pink hue. Their mother, Sarah Ferguson, Duchess of York, received a stunning pigeon’s blood Burmese ruby. And, of course, Princess Diana and Kate Middleton, Duchess of Cambridge, received the blue sapphire and diamond beauty known as the most famous engagement ring in the world. If anything, Beatrice’s engagement ring most closely resembles that of her grandmother, Queen Elizabeth II: an old-mine-cut center stone prong-set in platinum with five pavé diamonds on either shoulder.

It all adds up to make Beatrice’s ring a poignant symbol for Britain, marrying heritage and tradition with one of the country’s brightest design stars of today. The dark cloud of Brexit may be looming but Princess Beatrice and Mr. Mapelli Mozzi’s wedding, slated for sometime in 2020, promises some festive cheer on the horizon. And really, what’s better than Britain in the thick of royal wedding revelry? We can’t wait.