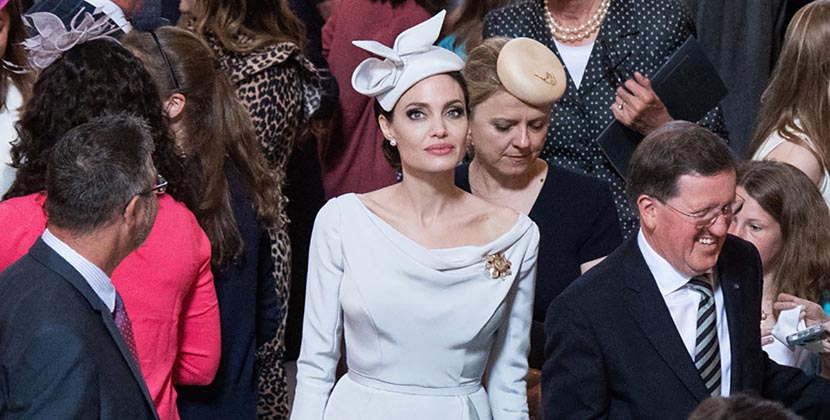 About That Brooch Angelina Jolie Wore In London

It’s not exactly a brooch

The internet is going crazy over Angelina Jolie’s look earlier today at the celebration for the 200th Anniversary of the Most Distinguished Order of St. Michael and St. George service at St. Paul’s Cathedral in London. People believe the Oscar winner was turned out in the mode of Kate Middleton and/or Meghan Markle aka the Duchess of Cambridge and Duchess of Sussex.

I will admit the bateau neckline of her couture Ralph & Russo suit was reminiscent of the neckline on Meghan’s wedding gown and a suit she wore recently, but I think it’s fair to say the silhouette is having a moment. To me Angelina looked very much like Angelina. She has long been into prim ladylike attire for formal events. And she went super matchy-matchy for this one. The elegant star wore a fascinator, gloves, shoes and clutch all in dove grey.

As for her jewelry, Angelina was wearing Trinity Ruban earrings by Cartier. The classic design from the French jeweler is composed of diamonds and white gold. It is not known exactly what size the center stone was in the pair she wore for the event. They come in weights from half a carat up to 1.69-carats. I tend to think hers were probably on the larger size.

The part of her look that had me totally transfixed was the major brooch pinned to the suit. Well, it’s not exactly a brooch. It’s the Order of St. George and St. Michael she received when Queen Elizabeth II appointed her a Dame Commander (DCMG) in 2014 for her humanitarian work. 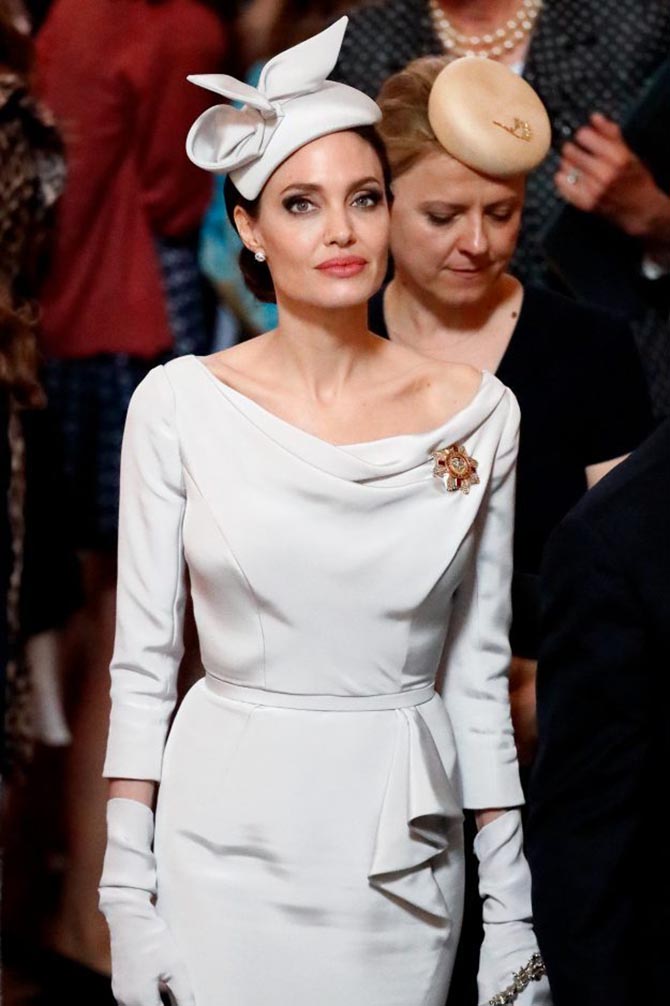 If you are wondering more about the honor and design of the Star Angela wore, Wikipedia explains:

The Most Distinguished Order of Saint Michael and Saint George is a British order of chivalry founded on April 28, 1818 by George, Prince Regent, later King George IV, while he was acting as regent for his father, King George III. It is named in honor of two military saints, St Michael and St George.

The star is an insignia used only by Knights and Dames Grand Cross and Knights and Dames Commanders. It is worn pinned to the left breast. The Knight and Dame Grand Cross’ star includes seven-armed, silver-rayed ‘Maltese Asterisk,’ with a gold ray in between each pair of arms. The Knight and Dame Commander’s star is a slightly smaller eight-pointed silver figure formed by two Maltese Crosses; it does not include any gold rays. In each case, the star bears a red cross of St George. In the center of the star is a dark blue ring bearing the motto of the Order. Within the ring is a representation of St Michael trampling on Satan. 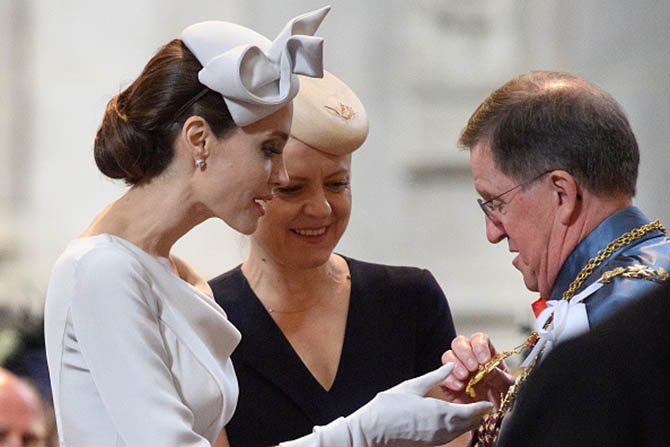 Angelina Jolie reviewing what appears to be a Star Badge of a Knight Commander at the 200th anniversary of the Most Distinguished Order of St Michael and St George at St Paul’s Cathedral on June 28, 2018 in London, England. Photo Getty Images

Why Hancocks Is A Must See At Masterpiece London