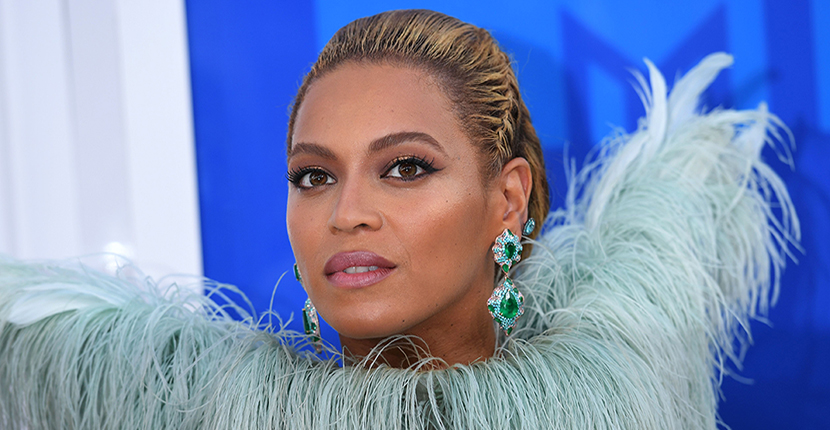 Beyoncé’s Jewelry Slays at the VMAs

Beyoncé sparkled in millions of dollars of Lorraine Schwartz jewelry from the moment she stepped on the white carpet at MTV’s 2016 Video Music Awards through her epic performance of Lemonade to award winning moments on stage.  Each appearance was celebrated with unique jewels by Lorraine Schwartz who has been bejeweling Bey for sixteen years of red carpet appearances.  The designer said, “There has been no other evening quite like it.”  Almost all of the jewelry was custom made for Beyoncé to wear at the event.  “When Beyoncé calls my creative juices begin to flow and my adrenaline starts pumping,” says Lorraine.  “She is so incredible, I want to make things for her that are beyond special.”

The first jewelry look (seen above) on the white carpet at once matched and popped out from her seafoam green Francesco Scognamiglio feather and sequined gown.  The earrings valued at $1.8-million dollars are composed of Colombian emeralds, intense pink diamonds and Paraíba tourmalines.  Also on Bey’s lobes was a matching stud in one of her new multiple piercings. 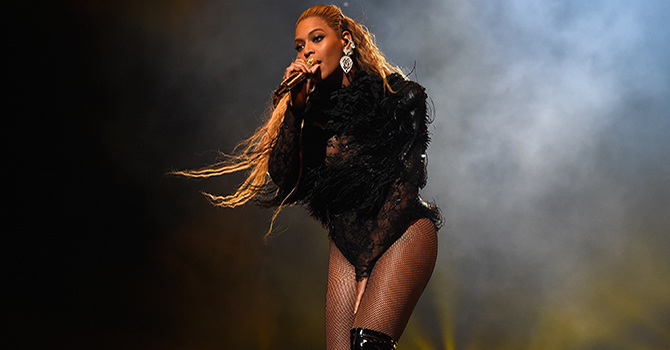 The multiple piercings played a major part in Beyoncé’s performance jewelry.  “She wanted something special and different for the performance,” explained Lorraine.  “I made the cut-out diamond earrings to go in descending order in her new piercings.  There was a lot of carat weight in those jewels.” 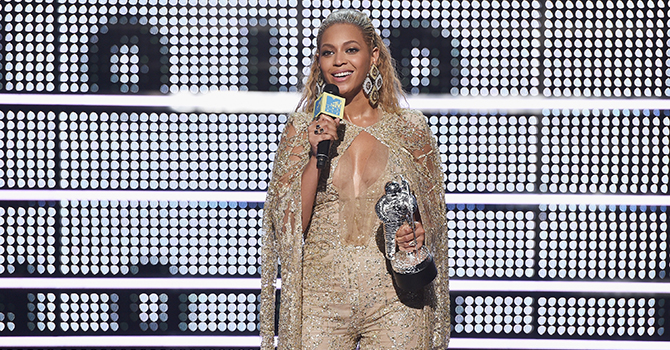 To accept the prize for Best Female Video award for the smash hit “Formation,” Beyoncé took the stage in ginormous earrings that are a Lorraine Schwartz signature silhouette.  The difference was this pair looked larger than any other.  “They are not heavy,” says Lorraine.  The unique color combination that matched her Elie Saab couture gold jumpsuit to perfection was butterscotch jade and champagne diamonds.   A 30-carat nude diamond ring, a 10-carat yellow diamond overlay ring and a three stone brown diamond wrap ring sparkled on her fingers. 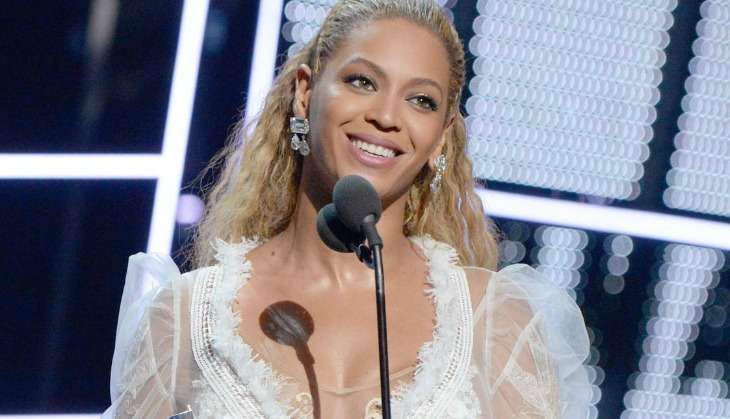 Beyoncé in Lorraine Schwartz earrings at the 2016 VMAs. Photo via

Beyoncé’s final look of the evening was a visual display of Lorraine Schwartz’s expertise in diamonds.  The quality and size of the stones was jaw dropping.  The rectangular emerald shape diamonds set horizontally, weighed almost 40-carats each.  Two pear-shape gems weighing around 8-carats each were suspended from the larger stone.  Around 50-carats of diamonds sparkled in the rings on Beyoncé’s fingers.

“She went in so many amazing directions with the jewelry, there was color and diamonds and up the ear and the pendant earrings,” says Lorraine.  “I was beyond honored and thrilled to be a part of her incredible night.”

Beyoncé and Jay Z’s Jewelry in The Apeshit Video