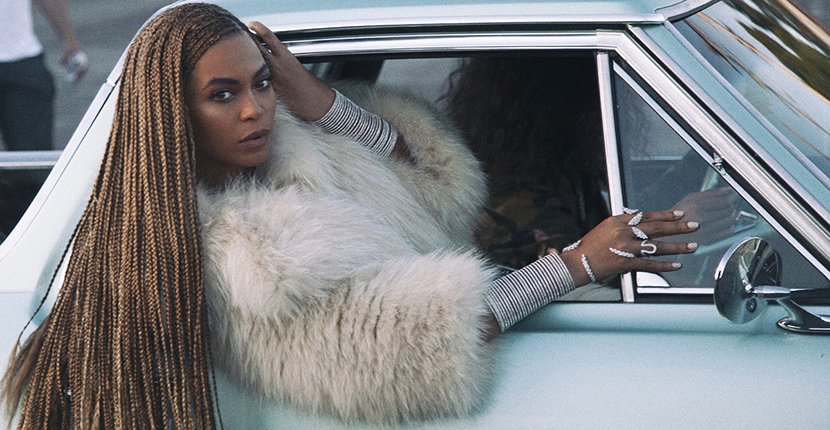 The landmark film for the album sparkles with Lynn Ban

When the Moon Men Trophies are handed out tonight at MTV’s 2016 Video Music Awards, it’s a safe bet Beyoncé will be accepting an armful.  Her landmark visual album Lemonade was nominated in 11 categories.  The powerful hour long presentation is loaded with a who’s who in hot designer jewelry as well as a few obscure names.  While there are any number of great styles in the mix, I decided to just focus on two of the biggest fine jewels in nod to the bold work. 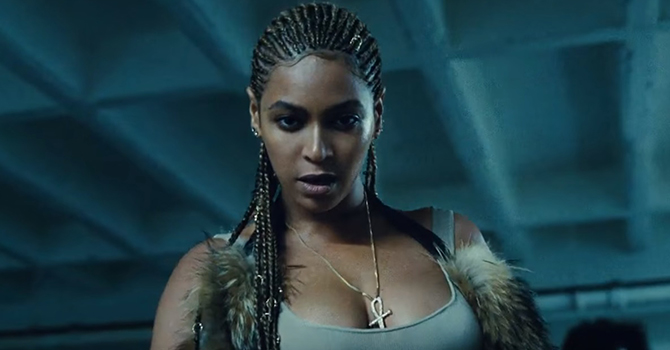 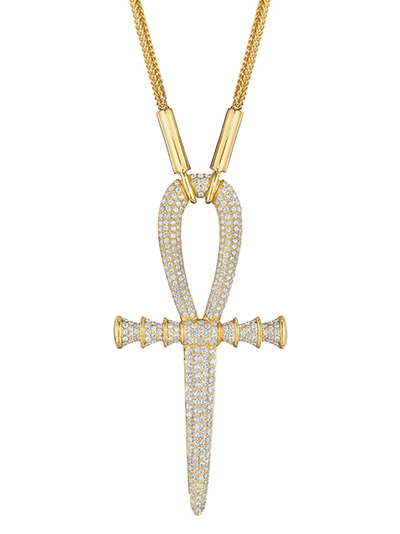 The first video released from the album, “Formation,” includes layers upon dazzling layers of great jewelry but the most eye catching pieces were the piles of silver and diamond Coil Cuffs by Lynn Ban spotted on Bey when she is hanging out of the vintage car.  (Picture top and video below.)  She paired the bracelets with a Fall 2015 Fendi fur as well as a couple of jaw dropping diamond hand jewels by Yeprem.

An Ankh ring by Lynn Ban also shines on her hand in “Formation.”   The ancient hieroglyphic symbol for life, also referred to as a key of life, reappears in the powerful “Don’t Hurt Yourself” video.  This time Beyoncé is wearing the large gold and diamond Ankh pendant necklace by Lynn Ban.  You can count on the fact that the symbolism of the jewel is purposeful.  It echoes the lyric “You know I give you life.”  It is masterfully styled with a Yeezy sports bra and leggings as well as a chubby Hood by Air fur.

The “Don’t Hurt Yourself” look that forms the cover of Lemonade includes several smaller jewels.  There are gold rings woven into Beyoncé’s corn row hair style.  An earful of gold hoops decorate her multiple piercings.  Her hands are covered in rings.   While it’s impossible to identify the rings because her hands are moving, it is safe to say when she throws one at the camera near the end of the video to the line “You try this shit again you gonna lose your wife,” it’s safe to assume it was not her stunning diamond engagement ring by Lorraine Schwartz.

Beyoncé and Jay Z’s Jewelry in The Apeshit Video