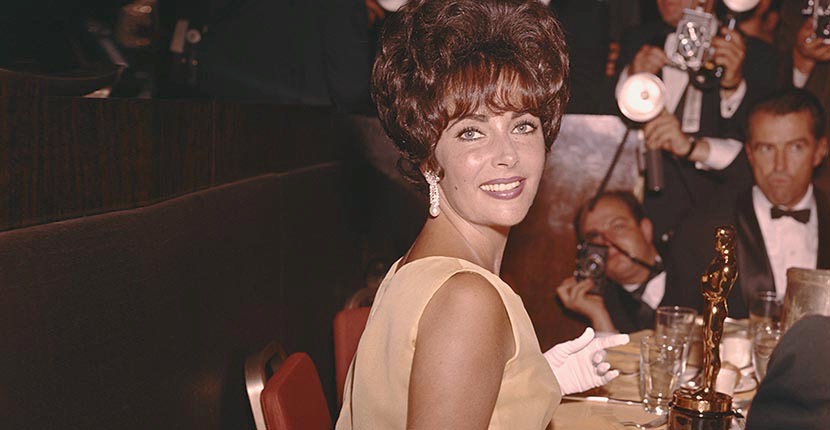 Elizabeth Taylor’s Earrings at the 1961 Oscars

Elizabeth Taylor had some stiff competition in the Best Actress category at the 1961 Oscars. For her role in Butterfield 8, she was up against Shirley Maclaine for her brilliant performance in The Apartment among others. But that was probably not the only reason she looked genuinely surprised when Yul Brynner announced her name as the winner. Elizabeth Taylor had been nominated in the Best Actress category for the three previous years in a row and been passed over each time for her amazing performances in Raintree County, Cat on a Hot Tin Roof and Suddenly, Last Summer. You might think with that run of nominations she was due for a win, but there was also a personal issue in Taylor’s life that she undoubtedly felt worked against her.

After Taylor’s husband Mike Todd tragically died in a plane crash in 1958, she began an affair with his best friend Eddie Fisher who happened to be married to America’s sweetheart Debbie Reynolds. She ended up stealing Fisher’s heart and Debbie’s husband. Taylor and Fisher were married in 1959. It’s also a well-known fact that Taylor hated the movie Butterfield 8, mainly because she had been cast as a high-class hooker and had to take the role to complete her contract with MGM. Perhaps, it was her authentic rage that came through on screen that won over the Academy Award voters. 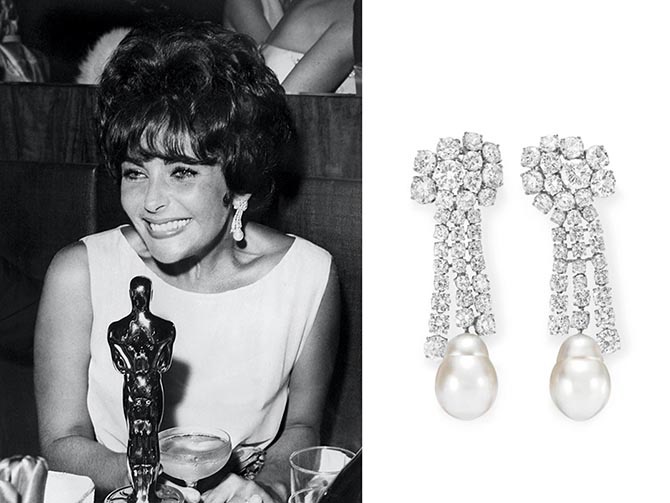 Elizabeth Taylor with her 1961 Oscar and the Ruser earrings she is wearing. Photo Getty and Christie’s

Whatever the case may be, Taylor won and looked sensational when she gave her brief acceptance speech wearing a Dior dress called Soiree A Rio from the French fashion house’s Spring 1961 Haute Couture Collection. She paired the gown with diamond and pearl pendant earrings from Ruser, one of the most beloved jewelers in Hollywood at mid-century.

While the principle of the firm was named William Ruser, everyone in Hollywood called him “Billy” and people that know the label today still do. After learning the trade at the legendary Trabert & Hoeffer-Mauboussin and then serving in the armed forces, Billy opened a boutique with his wife Pauline at 300 Rodeo Drive in Los Angeles. (It is the location where Van Cleef & Arpels is today.)

Ruser became known for two things: sculpted gold animal jewels with freshwater pearls and lyrical diamond designs. Hollywood stars loved both. Barbara Stanwyck was an early fan and wore her own Ruser Gardenia diamond and platinum brooches in Sorry Wrong Number (1948). Joan Crawford and Debbie Reynolds were two of the many others who had Ruser in their collections. The engagement ring Frank Sinatra gave Mia Farrow in 1966 was from Ruser. 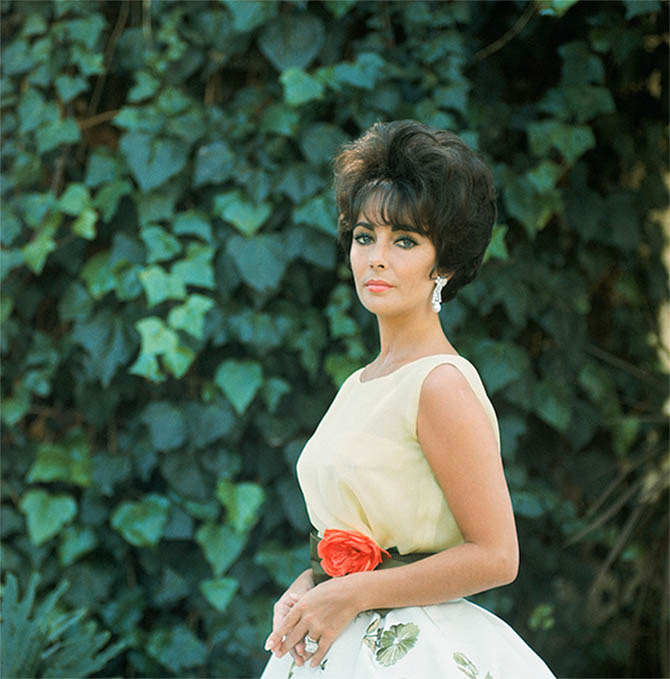 Elizabeth Taylor posed for lensman Mark Shaw in the Dior dress and Ruser diamond and pearl earrings, she wore when she won the 1961 Oscar. Photo via

It is not known who gave Elizabeth Taylor the earrings she wore to the Oscars. It could have been Mike Todd or even Eddie Fisher. Taylor also had a pearl and diamond ring from Ruser that was a gift from her uncle, Howard Young. Whoever gave her the earrings, the jewels will always be associated with the long-shot Oscar win of 1961. They were not only immortalized in the photos from the evening, but Taylor also put on the jewels again for a photo session with Life magazine photographer Mark Shaw to celebrate her win. While the images were never published, they have become famous over time. Interestingly, the star also put on her 29.5-carat engagement ring from Mike Todd for the sitting with Shaw but that ring is another story.