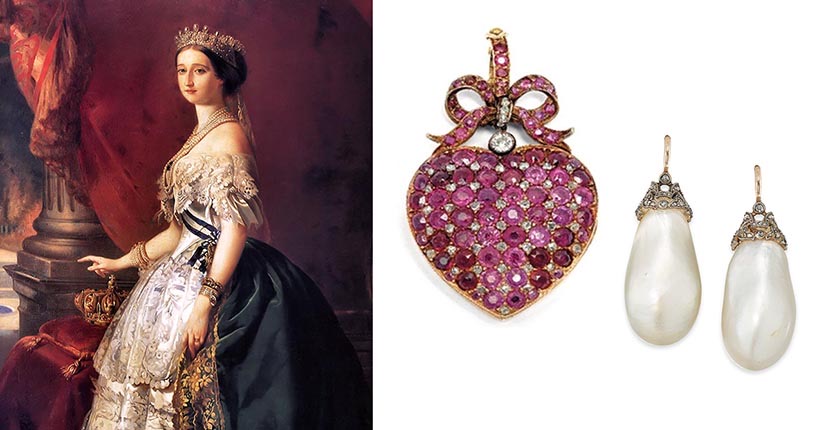 When the French Crown Jewels were sold at auction in 1887 by the Third Republic government that feared they would empower a monarchist restoration—the sale included some historic gems added to the collection by French kings. The vast majority of the designs in the sale were lavish jewels created for Eugénie, the last Empress of France. A style icon, Eugénie worked closely with jewelers including Bapst, Chaumet and Kramer on spectacular pieces for her grand moments in court.

Now a couple of items from Eugénie’s personal collection, that were most likely worn during daytime occasions, are being sold on November 27, 2019 at Christie’s in London. While the jewels may not be grand showpieces like the Crown Collection, they embody the French Empress’s romantic and exquisite taste. 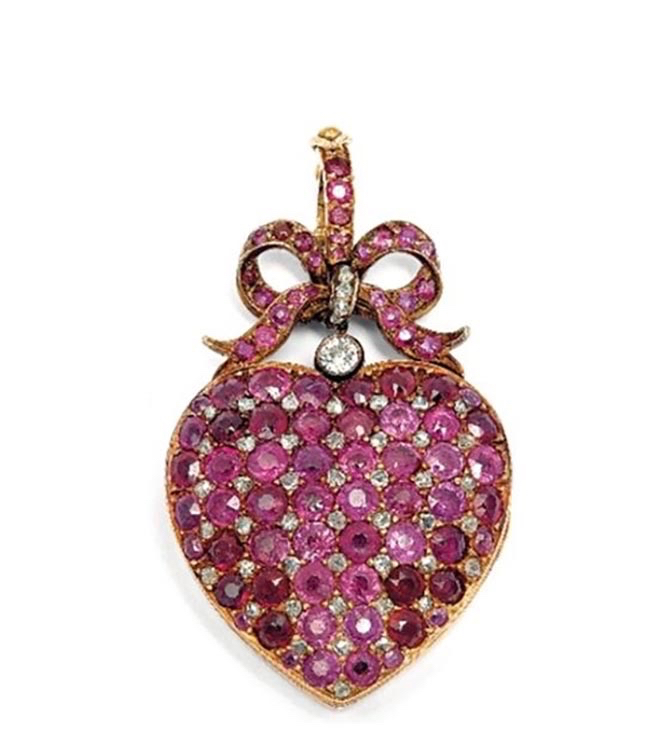 A ruby and diamond heart locket with a lyrical bow on top was made around 1850 and most likely by Chaumet. It was featured in the 2008 exhibition and on the cover of the book for Le Musée Chaumet, Le Grand Frisson, 500 Years of Jewels and Sentiment, in Paris. A glazed compartment on the reverse of the pendant contains a lock of hair believed to be from Eugénie’s husband, Napoleon III. The estimate for the jewel is $13,000-19,000 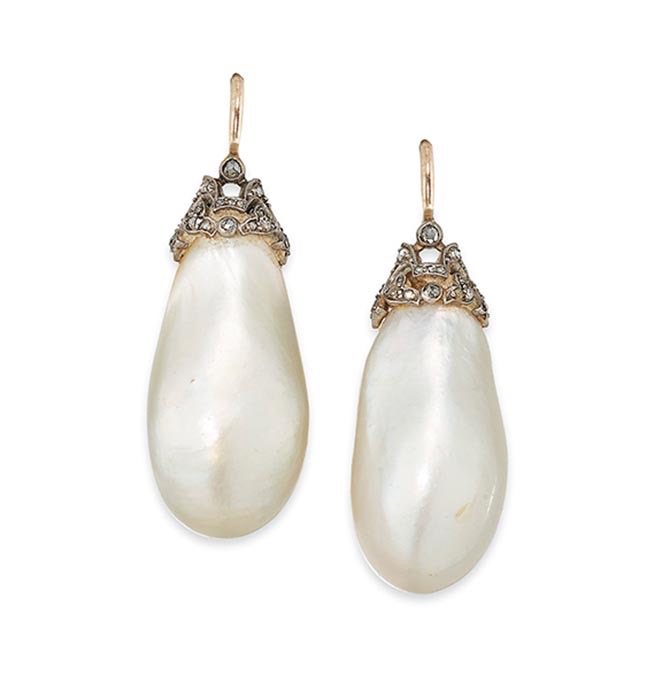 The important pair of natural pearl earrings with delicate gold and diamond caps would have been a prized classic in any 19th century jewel box. It’s easy to imagine the jewels were an easy to wear favorite of the Empress. The estimate for the jewels is $78,000-$100,000