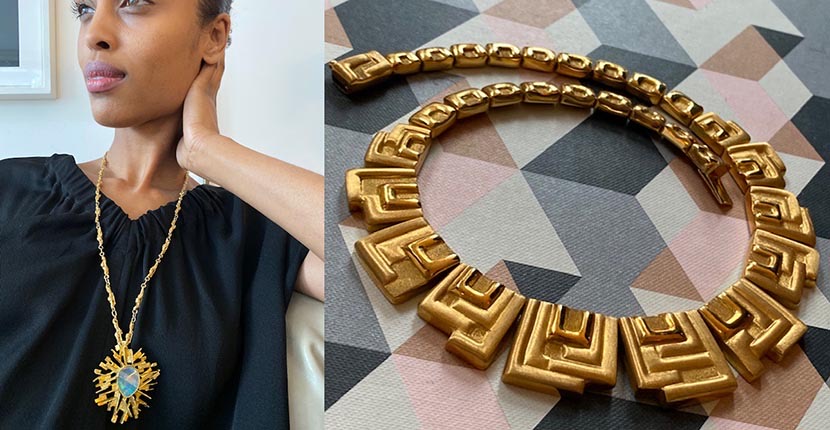 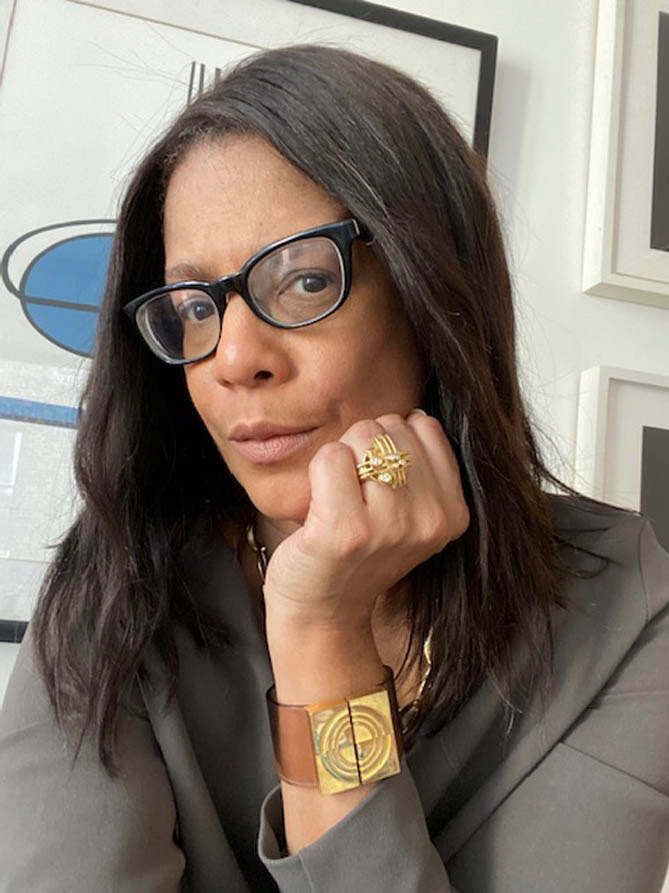 One of the hottest areas of the vintage jewelry market right now is the 1970s. And no one has a chicer selection of gold jewels from the period than Shelly Branch of Particulieres. Her collection also includes divine designs from the 60s, 80s and 90s and a smattering of treasures from other eras that align with her bold-sculptural-statement-piece aesthetic.

The stylish way the jewels are cohesively put together in the Particulieres Instagram might make you think the company has been around for a long time. Or perhaps you might imagine Shelly, who is based in New York City, came from a family in the jewelry business and grew up around it like so many dealers. Not at all.

She turned to jewelry just a few years ago after a successful career as a journalist editing and writing front page stories for the Wall Street Journal. While Shelly only recalls writing about style once for the publication, she did conceive and co-author the 2005 best-seller What Would Jackie Do? that pivots off anecdotes about the former first lady and applies them to life in a lighthearted way.

One line from the book totally captures the dreamy almost escapist quality I feel when I look at Shelly’s jewels, “As Jackie knew, fabulousness is a state of mind, something you harness day in and day out to neutralize the ‘dreary’ things and people that threaten to drag you down.”

Read on to find out more about Shelly and Particulieres in a condensed and edited version of our recent phone conversation below.

Tell me how you transition from being a Wall Street Journal editor and business journalist for 17-years to a vintage jewelry specialist?

I have always loved fashion and style, but I never had a desire to be a part of it. I was a serious journalist. I left the Journal in 2017, because it had become a challenging place to work especially as a Black person. I went to Paris and I came home with some jewelry, mostly costume jewelry. Then I went to a reception one night at a boutique in Greenwich Village and people were swarming around me for the jewels I was wearing. The owner of the shop said, ‘I need you to fill that case in the wall with jewelry.’  She persisted and I thought, well I guess I could do that.

I started at first collecting special costume pieces from the 80s and 90s by designers like Yves Saint Laurent and Pierre Cardin. I filled the case in her shop and she had a few trunk shows. I realized that the fine jewelry pieces that I had were getting a lot of attention and despite the cost involved that was where it was at for me. I began to buy more fine jewelry. After her boutique closed, I showed at The End Of History. It was selling briskly. People were responding.

I started to put things on Instagram and styling the jewels with pieces from my collection of mid-century objects. I surround the jewels with things that complement the pieces. I shoot the jewelry with something that will make the piece livelier and put it in a context. Before I knew it, dealers and collectors were contacting me to buy the jewelry. And suddenly I was in the fine jewelry world. 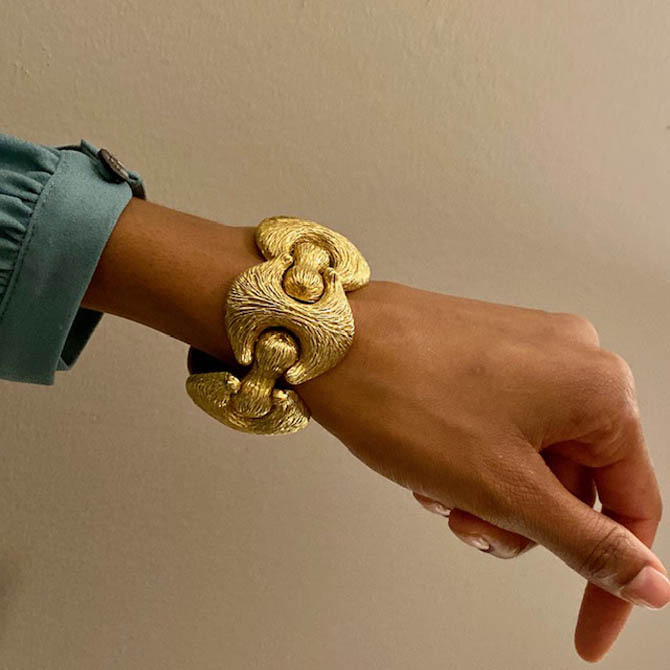 What’s the backstory on the name of your company?

On my way home from the Paris trip after I left the Wall Street Journal, I thought if I had a jewelry business I would call it Particulieres. It just came to me. I didn’t know if it was a correct use of the word, I just liked it.

You had a trunk show on Moda Operandi. What other ways do you present your jewels?

Everything is private sales or through DM on Instagram. I have clients around the world and keep crazy hours.

Your focus is on jewelry from the 60s to the 90s.  Tell me what attracts you to this timeframe?

I like that it is not so formal. I like that the designs tend to have a geometric quality to them. They are not the kind of fussy pieces that you see in fine jewelry from other periods. They don’t look mature. I don’t offer many gemmy pieces that is not what those periods were about. Diamonds and other precious stones were ornament. It was more about elevating lesser stones like hardstones. It is by definition wearable.

I have always been in love with a great form in objects like vases or furniture. I had always had a fascination with mid-century objects and it has been easy for me to apply that to jewelry where the form was strong yet accessible. Not so intensely design-y that it might frighten people off. Some pieces are out there—people have to be gradually introduced to that kind of aesthetic. They are meant to ease people into jewelry in a different way. 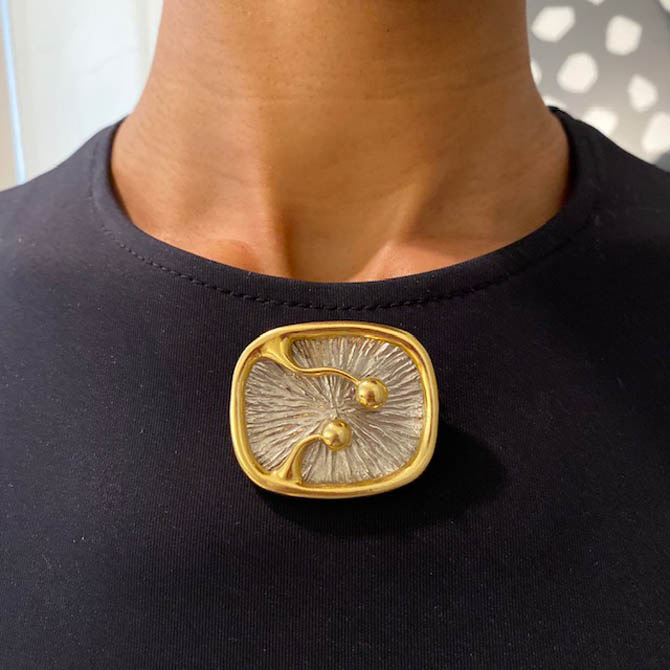 You have jewels from many celebrated houses and some obscure designers. Are there names that you look for when you are in the market?

I own all of my inventory so I really have to believe in a piece. I buy up and down the spectrum. Unsigned pieces are the unsung heroes of the jewelry world. Often unsigned pieces were produced by the same manufactures working for the big houses.

There is so much experimentation with materials and shapes in the 1970s jewels. Creative juices were flowing and all these artists expressed themselves in new ways. Even Cartier, to some extent, embraced jewelers that were far out, such as Lucas in Canada. A lot of the big houses wanted in on this bandwagon of the 1970s.

The mindset was not just about making a simple diamond bracelet. It was about offering something different to a customer. There was design on a budget and that is a democratic statement for a jeweler to make. 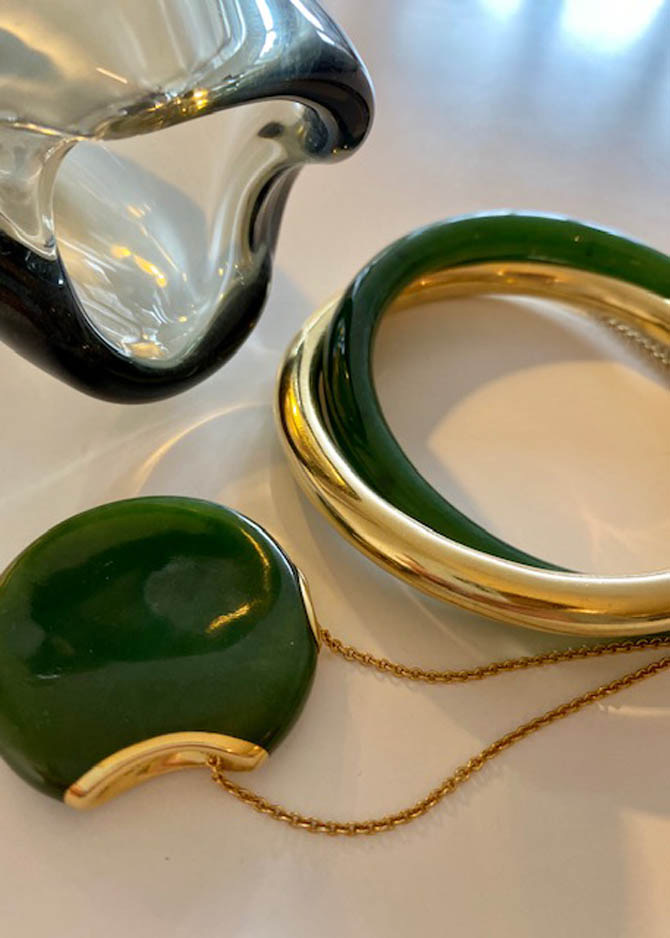 Let’s talk specifically about some of the pieces in your inventory. What do you like about the nephrite and gold pendant by Elsa Peretti?

Everything Elsa has done is so tactile. I could blind folded and I would know her pieces by the touch. I hate to use the word sculptural over and over again, but it’s true with her. She knows how to take a motif and her pieces never look wrong. They are era proof. 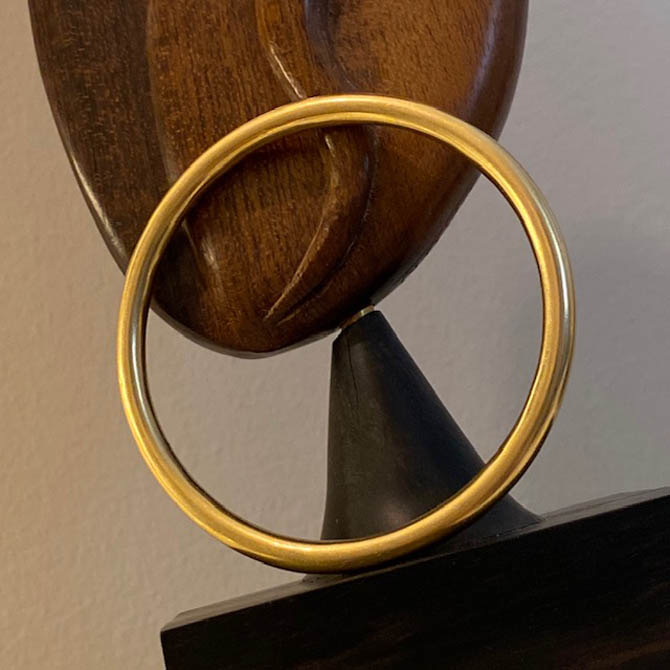 As we have discussed there is so much design with a capital D in your collection, but I love that you also have a perfect gold bangle. It is at once something easy-to-wear and totally irresistible.

When I see good tubular gold bracelets, I know immediately that one of my clients is going to want it. I have had one that was Tiffany and an unsigned French one. They look rich yet understated. People don’t want a clasp that shows on the bangles. They want something that will fit and fill out their jewelry collection. 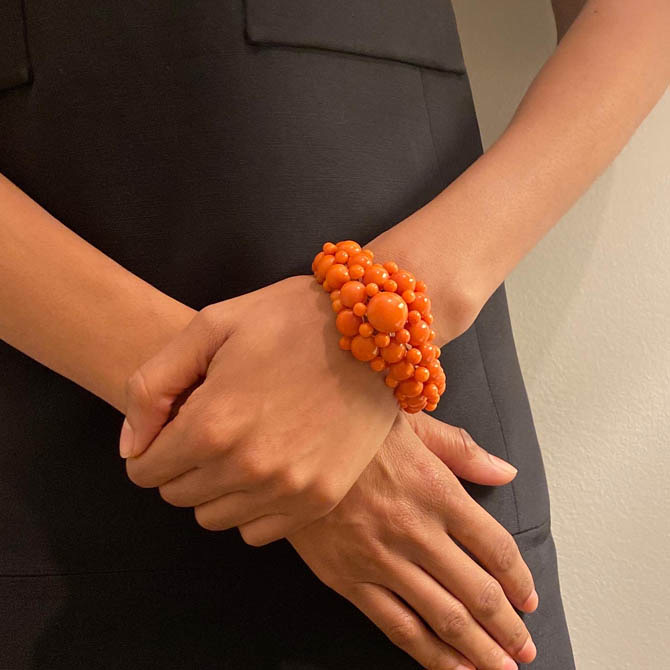 Your coral bracelet is also amazing. What is the story on that piece?

It is actually one of the few Victorian pieces in the collection. I like it because it looks so modern. The Sardinian coral beads are intact and the mechanism is a coral bead. 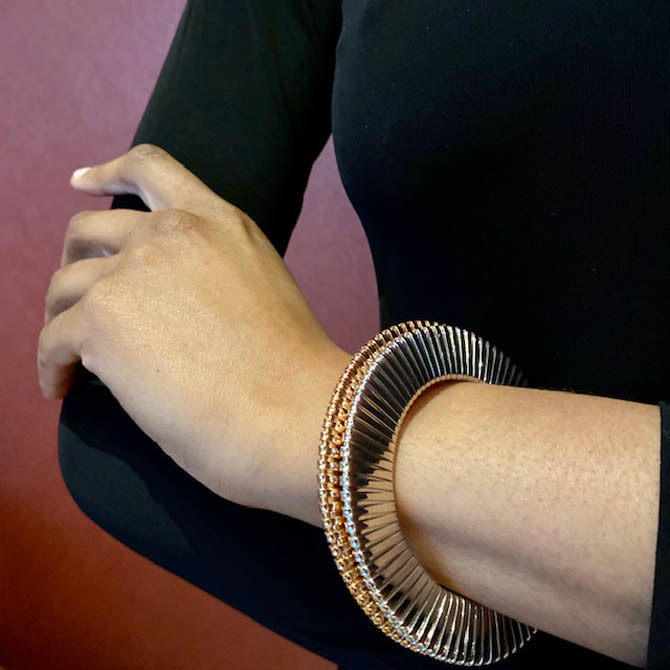 You have done so much in a short amount of time with Particulieres. What are your plans for the company in the future?

I am going to start offering a few pieces that are new. One will be the work of a Black designer. Some styles will be in the artist jewelry realm, being recreated.