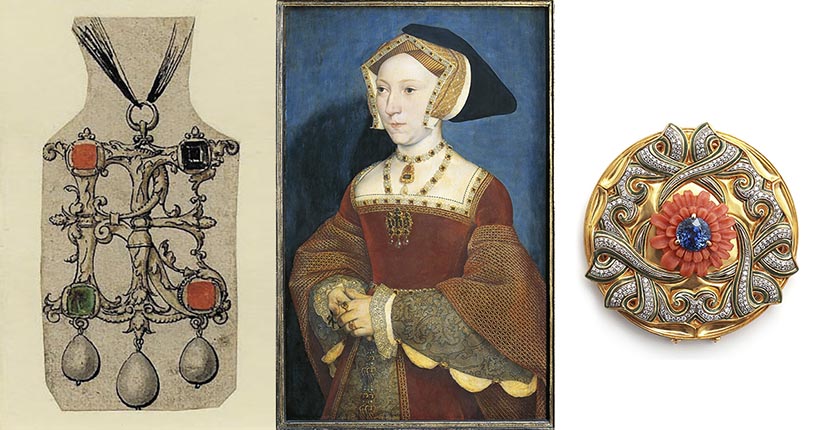 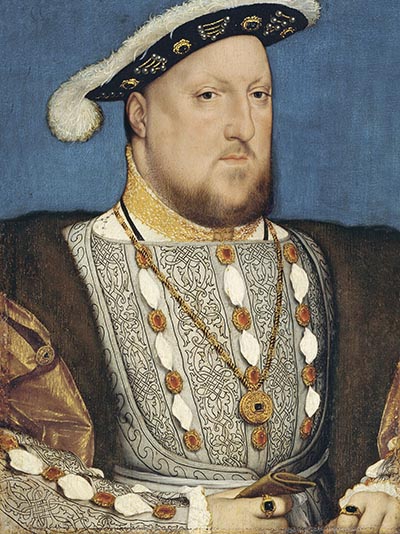 Circa 1537. Oil on panel. 28 x 20 cm. Located in the Museo Thyssen-Bornemisza, Madrid, Spain. (Photo by VCG Wilson/Corbis via Getty Images)

July 10, 2022—We are reupping this story with the renewed interest in jewelry from Hampton Court inspired by The New York Times article, “Decoding the Defiance of Henry VIII’s First Wife: Using a process she called “early modern Wordle,” a scholar claims to have uncovered a hidden message from Catherine of Aragon in a book of jewelry designs.”

July 9, 2017—While researching the provenance of a fifteenth-century drawing in the collection of the British Museum, I came across one of the most famous items in the institution’s Prints and Drawings department, the ‘Jewellery Book’. I was intrigued by the name of the volume, and learned that it contained drawings of jewels that were designed under the patronage of King Henry VIII by the artist Hans Holbein.

Holbein worked in England during the sixteenth century and is famous for the imposing portraits he painted of Henry VIII and his wives. The incredibly detailed paintings depicted the monarch and his family wearing expensive embroidered fabrics and sparkling jewels, and they have become emblematic of the excesses of the Tudor king’s reign. What is less well known is that Holbein himself may have designed some of the king’s jewels that he painted. Holbein was not only a painter, but was also an accomplished draughtsman who created designs for everything from jewelry and gem-encrusted dishes to precious objets d’art for his royal patrons. 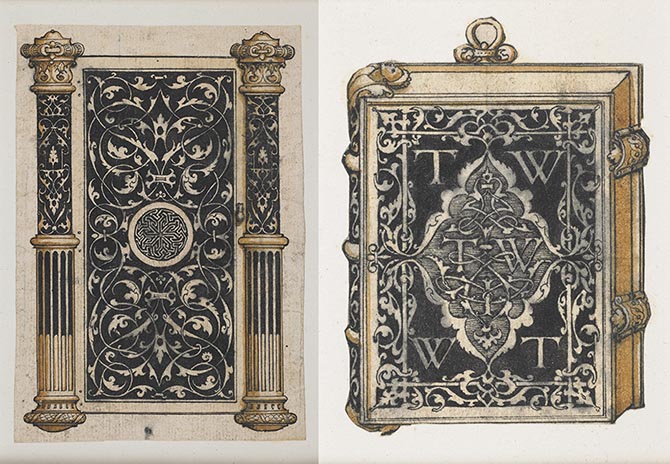 Two Holbein Designs: At left, a metal jewelry casket, thought to have been executed for the family for Sir Thomas Wyatt, the renowned English ambassador and poet who was a close friend of King Henry VIII; At right, metalwork book cover decorated with the initials TIW, TW, and WT, also thought to have been made for the family of Sir Thomas Wyatt. Photo The British Museum

Few jewels that were designed by Holbein exist today (like many pieces of jewelry from the Renaissance, they were likely melted down so that the gold could be sold or reused), but the artist’s talent at designing precious jewels and crafting settings for important gems is evidenced in the copious number of jewelry drawings that he left behind in the rather mysterious ‘Jewellery Book’, which was bequeathed to the British Museum by one of its founders, Sir Hans Sloane, during the eighteenth century. 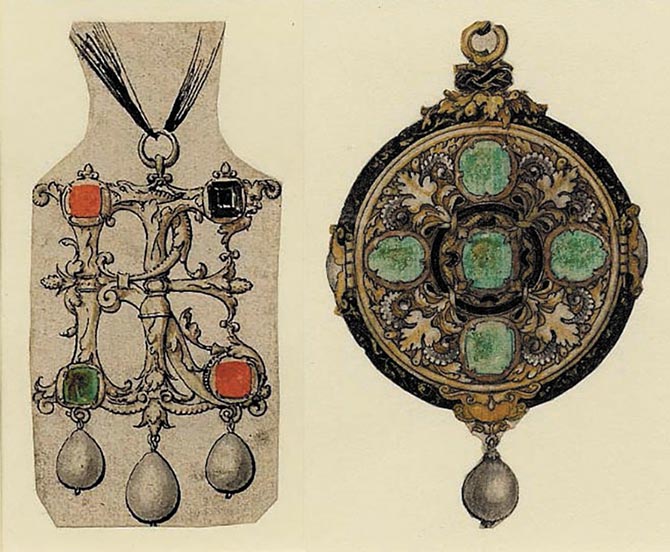 Two Holbein jewelry designs: At left, a sketch of a circular pendant set with sapphires and pearls and decorated with foliate motifs; At right, the pendant in this drawing is set rubies and pearls and with black stones which are presumed to signify sapphires Photo The British Museum

The tome contains a multitude of drawings of opulent designs for jewels, intricate clasps and other precious objets, including carefully crafted jewelry boxes. This book of sketches was listed among Henry VIII’s possessions after his death, which leads scholars to believe that the designs were executed for none other than the monarch himself. 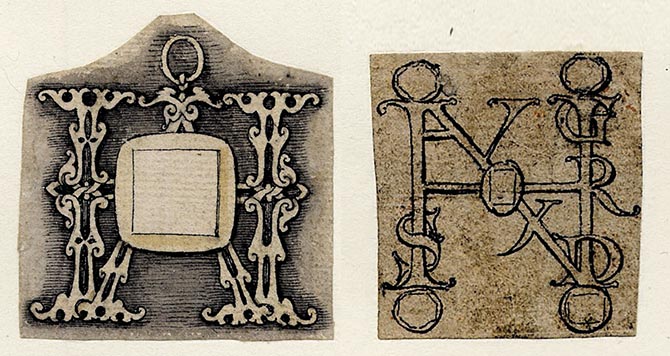 Two Holbein designs: At left, this pendant was likely made for Queen Jane Seymour during her marriage to King Henry VII. It was designed in the form of the monogram RE and decorated with an array of gemstones and pearls. At right, a sketch of a circular pendant set with five emeralds and a suspended pearl. Photo The British Museum

Though the king got rid of many of Anne’s closest allies after he had her beheaded, he kept Holbein at court. In fact, the jewelry album also contains designs that were executed for the king’s third wife Jane Seymour, such a pair of pendants that combined the couple’s initials. Holbein also worked on designs for many other members of the court and designed trinkets and jewels, many decorated with lover’s knots, that were meant to be given as private gifts. A number of the pieces he designed are decorated with mysterious initials and ciphers, which still beguile scholars and can only suggest the intrigues and scandals of the court of Henry VIII. 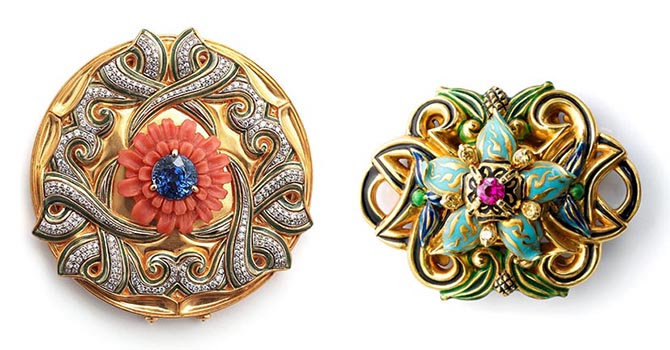 Today, the intricate metalwork, pronounced symbolism, and dangling pendants that were indicative of the style of the jewelry designed by Holbein has been largely abandoned. Although Holbeinesque jewelry became popular during the mid-nineteenth century as part of the fad for neo-gothic pieces, the style is not widely emulated today. However, some of the hallmarks of Renaissance jewelry, including the talismanic power and the detailed metalwork of the pieces, can be seen reflected in the work of the London based jeweler Otto Jakob. The designer’s pieces, which include many symbolic pendants executed in metal with exacting intricacy and decorated with fine enamelwork are reminiscent of the pieces that Holbein created for Henry VIII centuries ago, showing that fine craftsmanship never goes out of style.