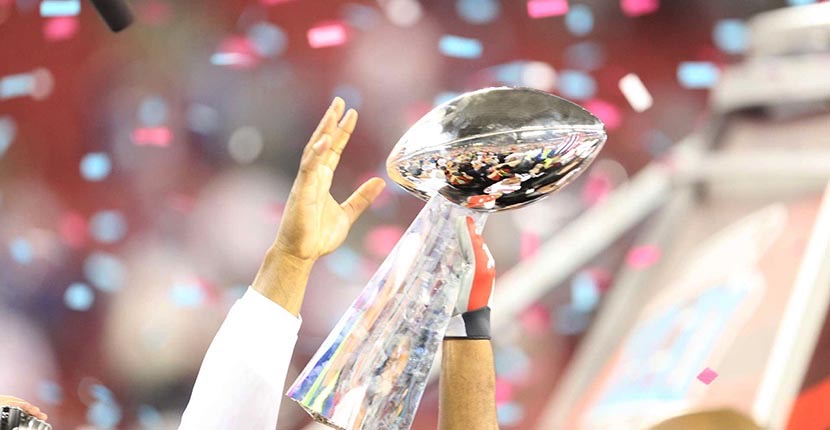 The Vince Lombardi Trophy Is Made by Tiffany

Not long after Tiffany was established in 1837, the company’s famous silver department began making trophies for prestigious American sporting events. Today they are responsible for any number of famous prizes including the Commissioner’s Trophy for the World Series and the US Open Trophy for the United States Tennis Association.

But none are as well-known as the Vince Lombardi Trophy presented to the winner of the Super Bowl.

The distinctive trophy has all the cool minimalist vibes that were in the air in 1967 when it was created. According to legend, Tiffany’s Vice President Oscar Riedener did a rough sketch during a meeting with NFL’s commissioner Pete Rozelle.

The design was ultimately approved almost verbatim from that original idea. 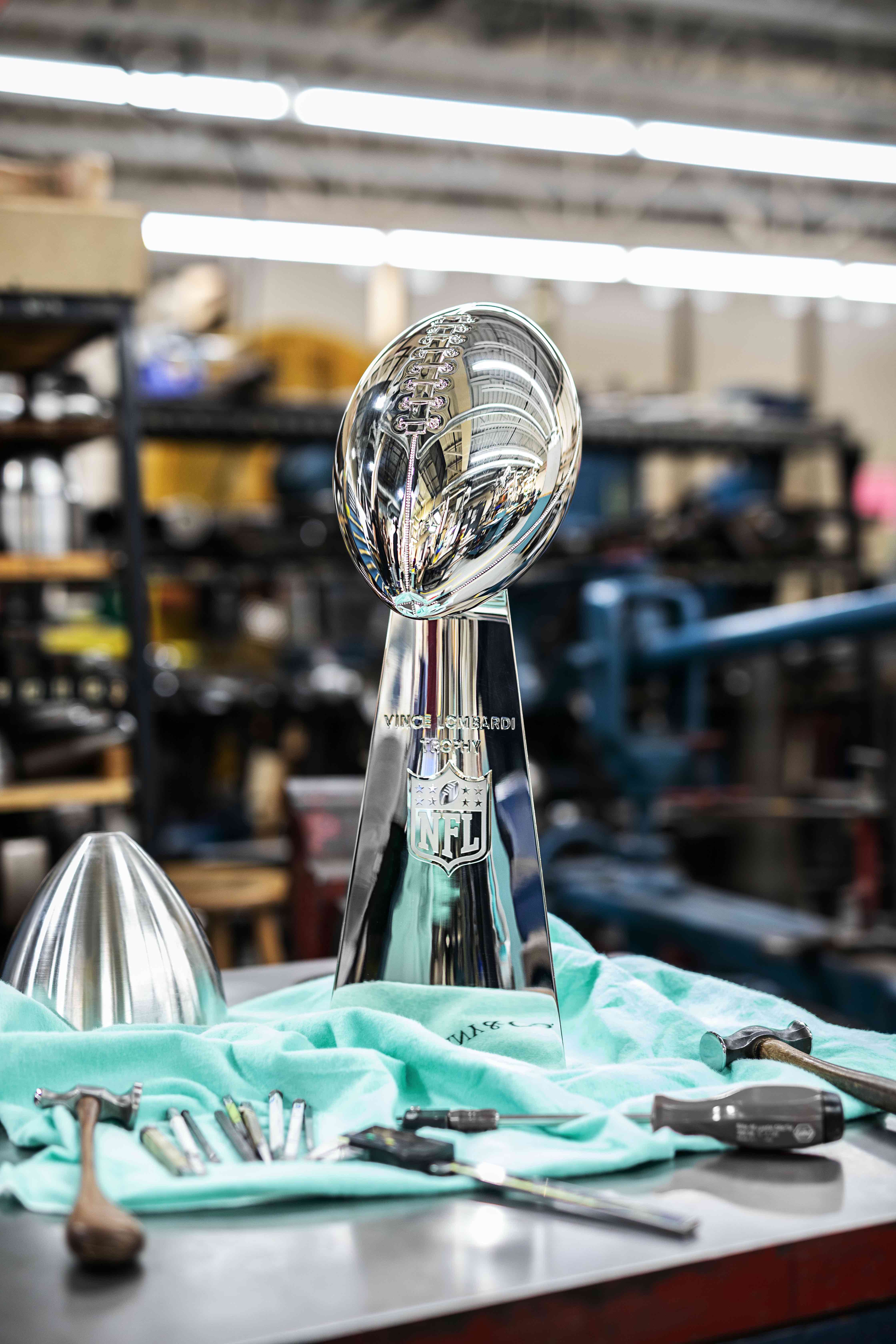 The Vince Lombardi Trophy in the Tiffany workshop. Photo courtesy

The Vince Lombardi Trophy is 22-inches high. It weighs nearly seven pounds and features a regulation size football in the kicking position on a tall stand with an NFL plaque. The entire trophy is made of sterling silver and takes approximately four months to complete. 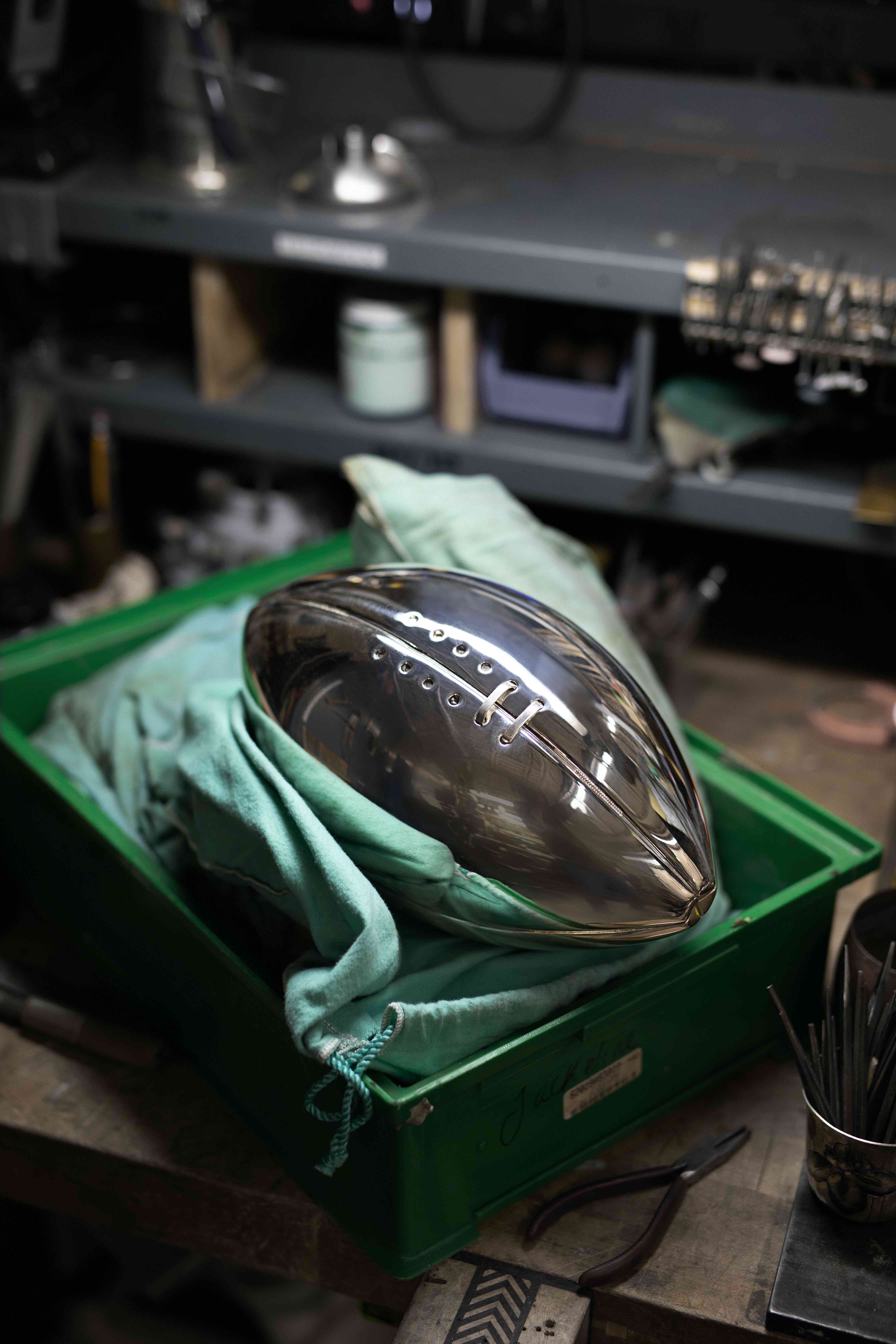 The football for the Vince Lombardi Trophy in the Tiffany workshop. Two of the laces have been added to the design. Photo courtesy

The laces for example are hand cut and soldered on the football. Dimples are hammered into the seams on the ball adding subtle texture and detail. The NFL Shield is hand cut and etched before being place on the front of the stand. It is hand engraved with the number of the Super Bowl. 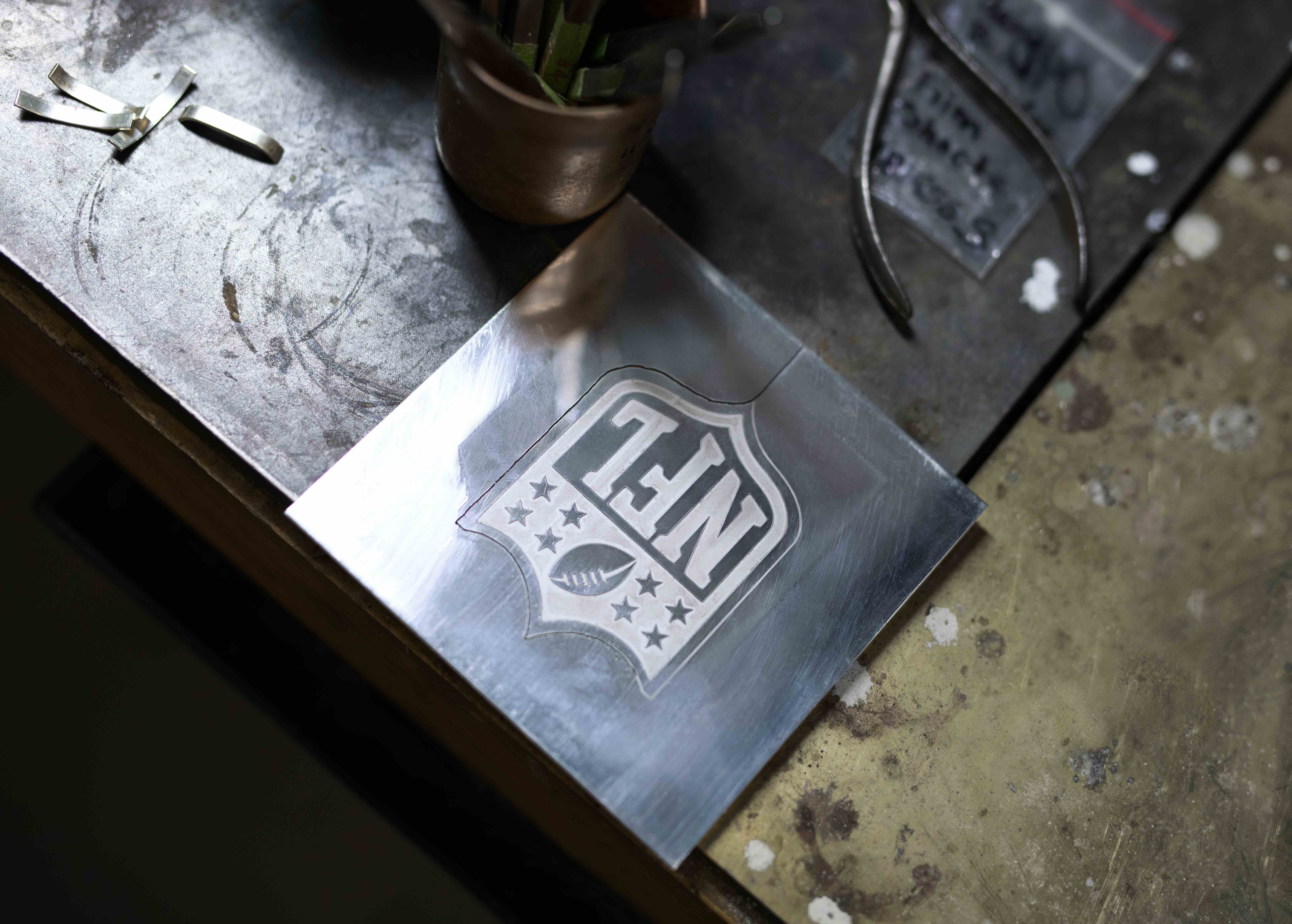 NFL plaque for the front of the Vince Lombardi Trophy in the Tiffany workshop. Photo courtesy

After the field ceremony and festivities when the trophy is embraced, kissed and hoisted up over head by several players and owners, it returns to Tiffany’s workshop where the winning team’s name is added to the design.

Amanda Gorman’s Jewels Were A Gift From Oprah