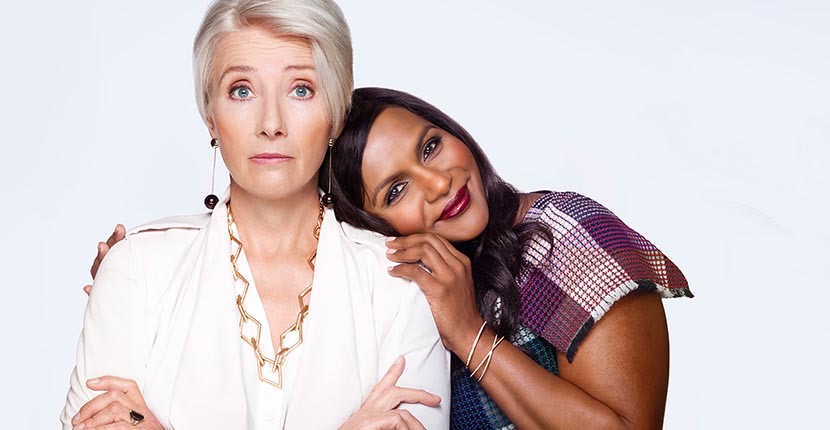 In the poster for ‘Late Night,’ Mindy Kaling poses with Emma Thompson who is wearing a one-of-a-kind sapphire engagement ring by Doryn Wallach. Photo Amazon Studios

The idea of a woman hosting an evening talk show may be a fictional concept, but Emma Thompson is so convincing in her role as Katherine Newbury in Late Night you almost completely forget about that. The English actress is commanding in the male dominated world. She is funny, smart and flawed in a callous bad boss kind of way. The icing on the proverbial cake of her critically acclaimed performance is the amazing costumes and, of course, the jewelry.

Thompson’s engagement ring, that appears in every scene of the film, is possibly the most unique engagement ring ever worn on screen. It’s a perfect reflection of the TV star’s place in the world, savvy style as wells as her love for her husband played by John Lithgow. The jewel is a one-of-a-kind piece by New York based designer Doryn Wallach and it made it into the film almost by accident. 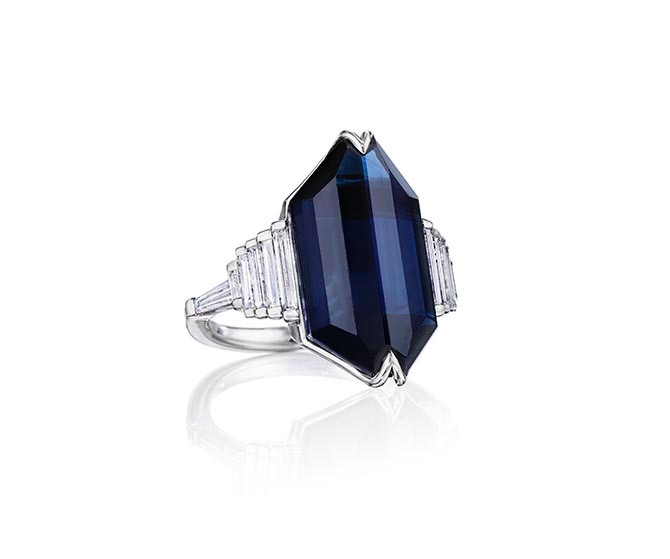 The brilliant costume designer Mitchell Travers had contacted Doryn to borrow jewelry and began working with several pieces in the pre-production phase. When he returned to her office one day and saw the 9.89-carat sapphire and diamond ring that had just come off the workbench, he thought it might be a unique choice for Thompson’s engagement ring. He took the ring to show the Oscar winner who told Travers, “Oh that’s sublime. I want that.”

Doryn conceived the ring around the vintage gem she discovered among a parcel of stones that belonged to a master jeweler whose heyday was the 1930s and 40s. It is not known how the gem was originally set, but a gem expert Doryn showed it to hypothesized that it might have been the centerpiece of a men’s signet ring with the flat surface facing up.

Doryn thought it would be interesting in a ring turned upside down with the facetted pavilion on top flanked by vintage baguettes. “While designing its new setting, it was important to me that the ring retain its vintage nature, and was set in a manner that allows light to pass through,” explains Doryn. 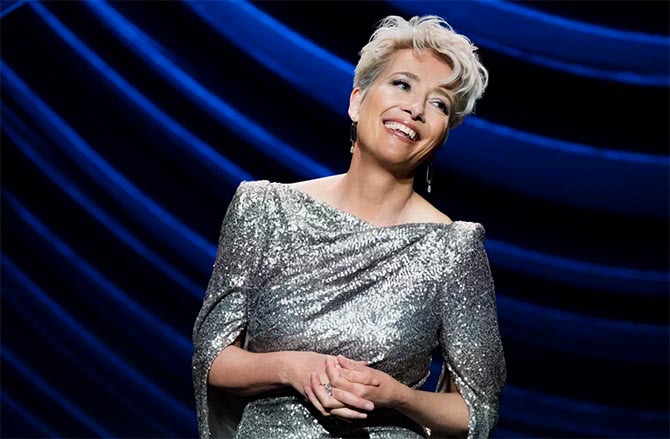 Just like Thompson’s character in the movie who is flipping the script on what it means to be a late-night talk show host—in other words, not a man—Doryn made the stone something new with the setting. While Thompson didn’t know these details when she picked the piece, I like to think she sensed it intuitively.

There are several other Doryn Wallach jewels worn by Thompson throughout the film that features lots of amazing vintage, costume pieces and fine jewelry from various designers. In the very first scene when Thompson is accepting an award in a metallic Talbot Runhof gown—notably the only dress she wears in the film—she is wearing Doryn Wallach’s stunning diamond statement platinum earrings set with 3.32-carat kite shape diamonds, 2.15-carats of black diamonds and 1.06-carats of baguettes. 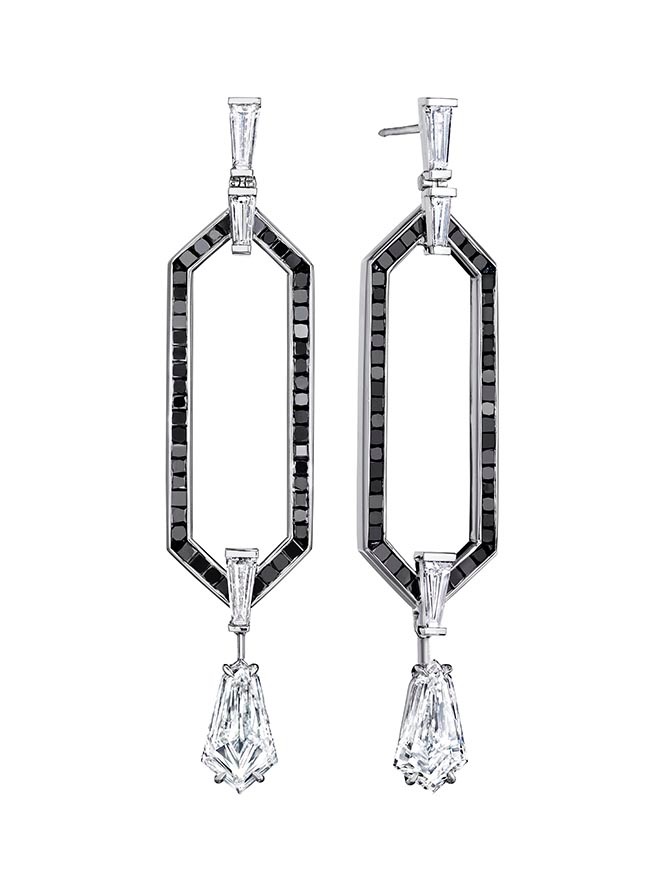 Doryn’s bold gold jewelry collection worked perfectly with all the colorful and creative suits Thompson wore throughout the film. See highlights from Doryn’s collection that appear in the Late Night are below. 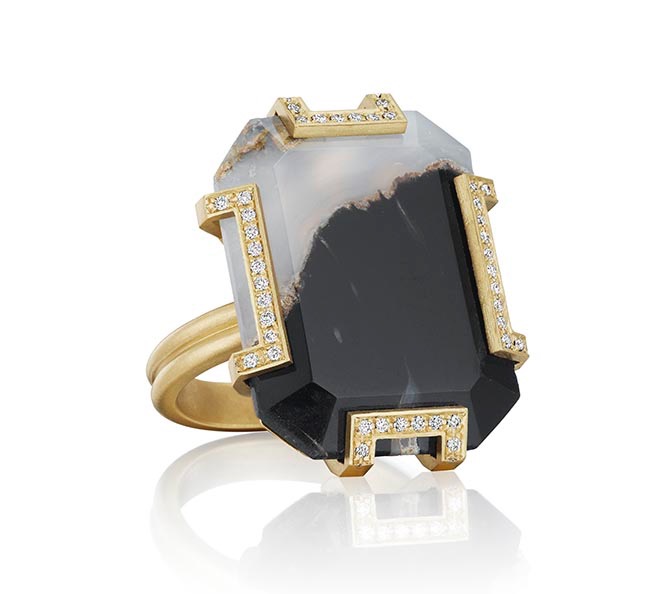 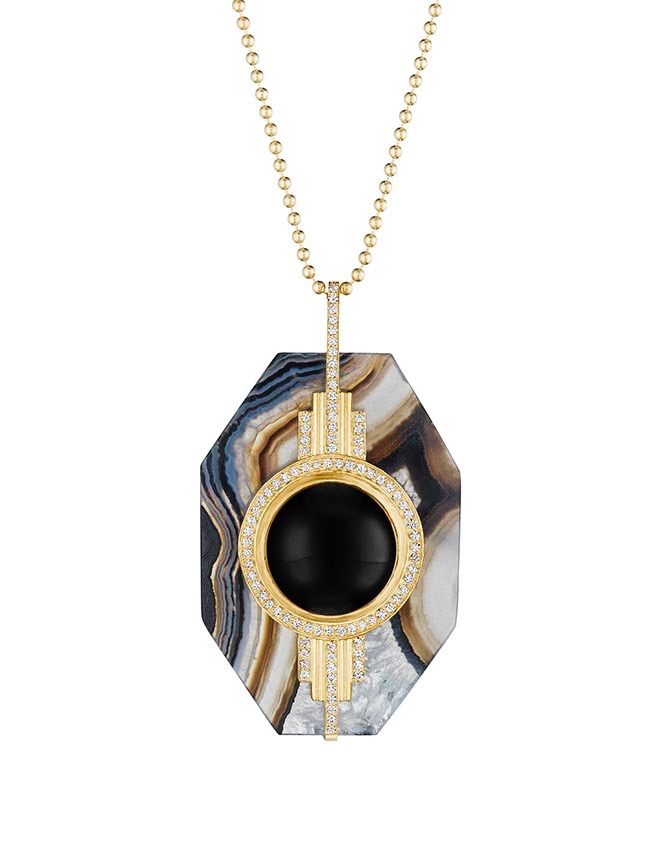 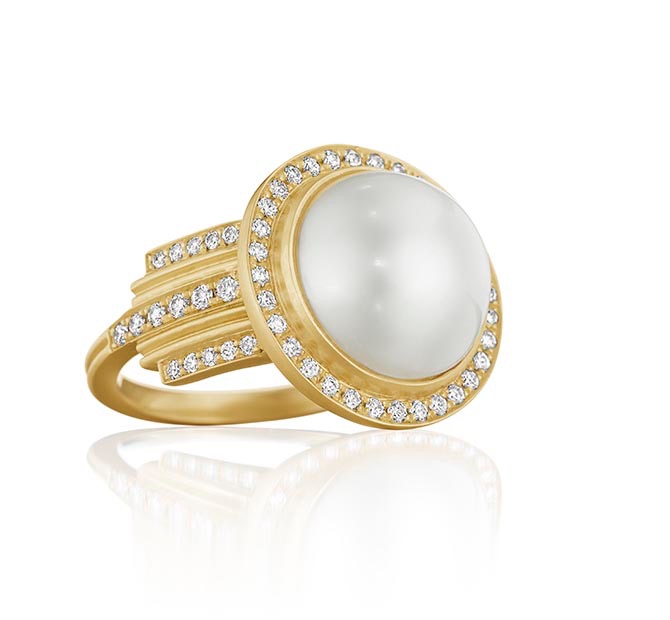 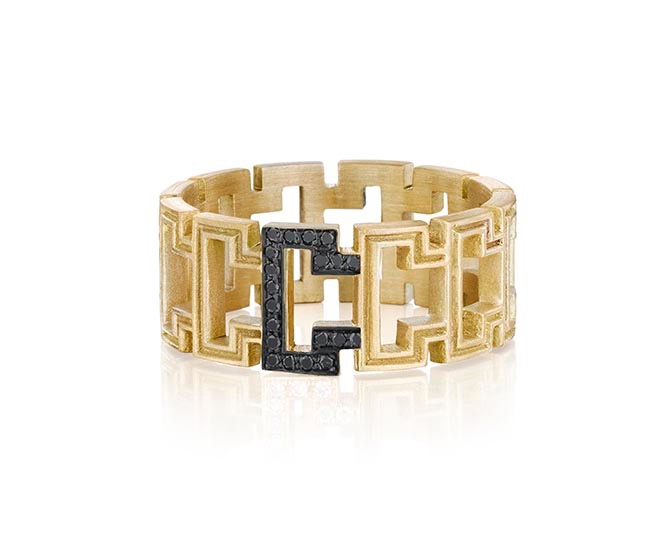 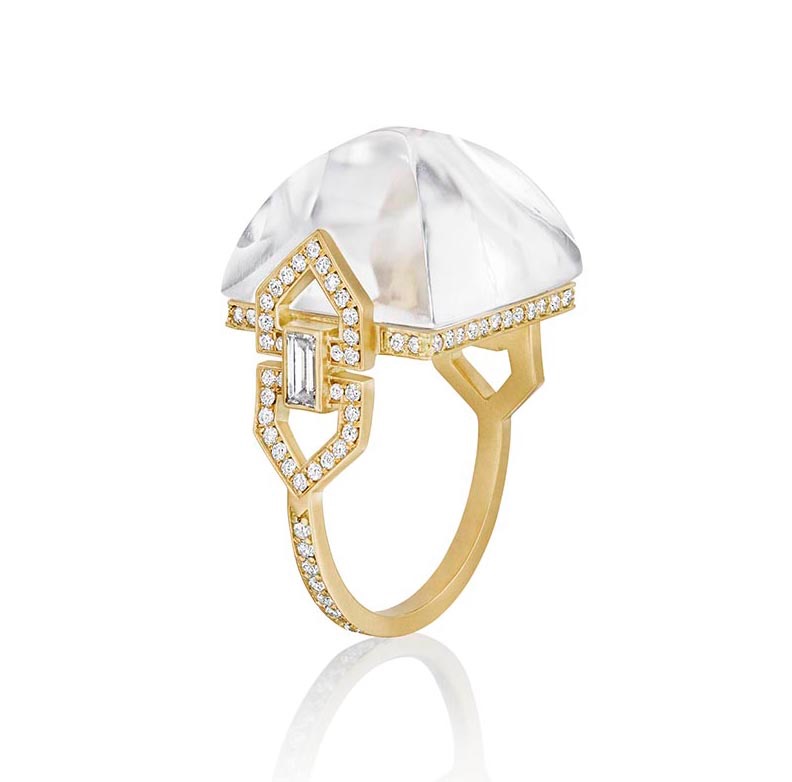 The Jewelry In ‘Rocketman’ Is Worth Millions

What’s Wrong With That Bed Full Of Bling in ‘Casino’