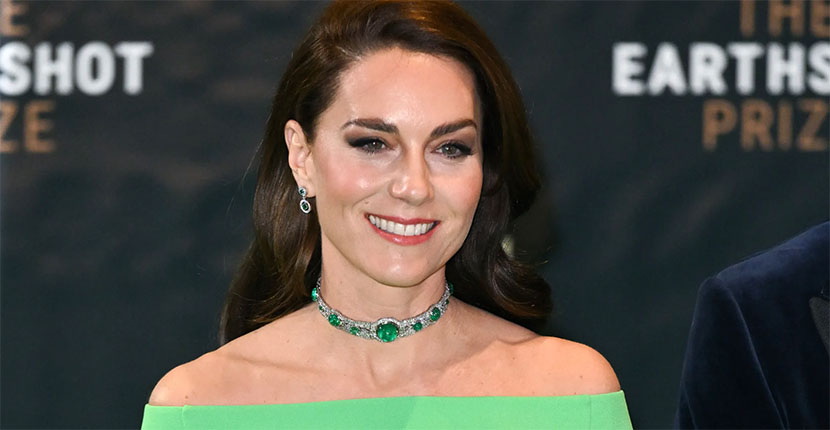 They were her big jewelry statement during the Boston trip

December 5, 2022—I don’t know how I initially overlooked this jewel. Perhaps it was the blinding color of the lime green gown worn by the Princess of Wales, still more commonly known as Kate Middleton in America.

Or maybe it was the general sartorial doldrums that surrounded the royal trip to Boston for the presentation of the second annual Earthshot Prize which provides grants to groups working to stop global warming. Of course, there was also the headline making distraction of sibling rivalry and bad family behavior in London.

Whatever the case may be the necklace deserves at least a moment of attention. The jewel is historic. It was acquired by Queen Mary in 1911 as part of the emerald and diamond parure she debuted at the Delhi Durbar when her husband, King George V became Emperor of India shortly after he ascended the throne in the United Kingdom.

The jewel originally had 16 cabochon emeralds studding the diamond design. During the 1920s it was reconfigured and the number of emeralds was reduced to 14.

The jewel was bequeathed to Queen Elizabeth II, but there isn’t a record of her wearing it. Her Majesty gave the choker to Princess Diana as a wedding gift. Diana made it a signature piece and wore it on numerous occasions.

She styled the choker to perfection in 1988 when she put it on with a single sleeve gown, the Spencer tiara, pendant earrings and other jewels to an event at Claridge’s. In 1985, Diana playfully sported the necklace as a headband during a state visit to Australia with Prince Charles.

Kate paired the necklace with a neon green off the shoulder Solace London gown rented from a British company named Hurr. The color was a hat tip to the environment, the subject of the Earthshot Prize. And the point of the rental was to reference sustainability.

While the garment made news for being a “rental” and reviews of how it saved CO2 emissions were part of the message few noted how wearing vintage jewelry has long been a sustainable way to sparkle.

Anyway, I wasn’t so sure about the color of the dress, but its growing on me. And I am always delighted to see the Princess of Wales step up her jewelry game.