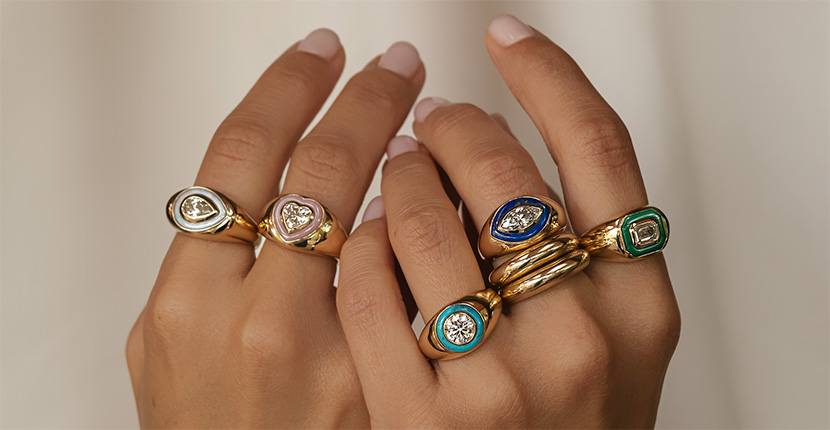 13 Golden Rings from The Radiance Designers

De Beers Code of Origin Diamonds light up the jewels

December 13, 2022—You know that jingle “The Twelve Days of Christmas” with the line “five golden rings.” I have always wanted to write a Gift Guide inspired by the idea but usually stopped short because five is just not enough golden rings for a story. It is beyond me why I thought I had to be so literal.

One look at the rings from the 13 designers who formed The Radiance made me realize, it was time to finally do the story of golden rings for the holidays. These designers produced some of the most imaginative golden rings I have seen all year.

These emerging talents were part of the inaugural mentorship program of COUTURE’S Diversity Action Council (DAC) formed in 2020. De Beers supported the initiative by providing designers with Code of Origin diamonds and a budget for production.

All of the rings from The Radiance and more of their work is available at Marissa Collections now.