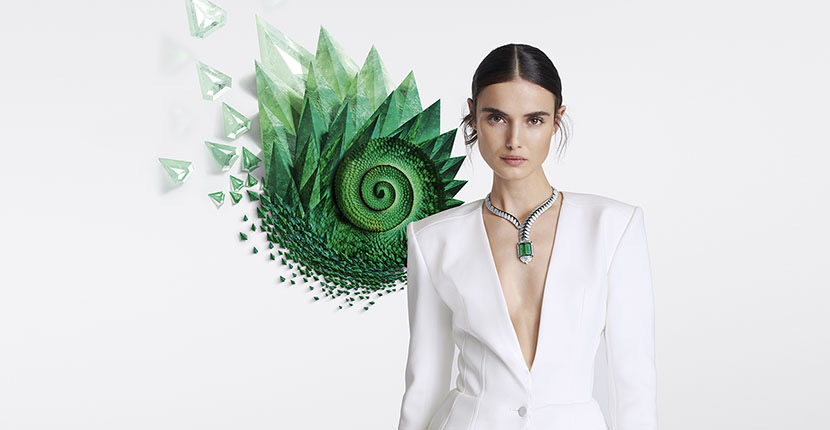 When Cartier makes animal jewels, they are not generally cute. What they are is absolutely fierce creatures of the wild.

Cartier’s unofficial mascot, the powerful panther, has been prowling around the design studio for over a hundred years and been worn by fans of the brand ranging from the Duchess of Windsor to Jay Z. Over the course of the last century, the French firm has also made a fabulous flock of big bold birds and striking snakes. Cartier is among the very few who have ever depicted crocodiles in High Jewelry. The original reptile necklace was a 1975 special commission from the firey and fabulous Mexican actress Maria Félix.

Cartier’s new High Jewelry collection, [Sur]Naturel, that was shown over the chicest Zoom call I have ever attended, is a tribute to some of the iconic animal jewels. During the video conference the experts in New York explained the jewelry being simulcast and shown on models in Paris.

We only had a chance to see a fraction of the 93-pieces in the collection, but they got the point across clearly. The designers, who have been working on [Sur]Naturel for well over a year, took style elements from Cartier’s creatures and recreated them in a mode that lands somewhere between representational and abstraction. The new designs play off of the translation of the French words sur naturel, meaning existing in nature, and surnatural or supernatural. 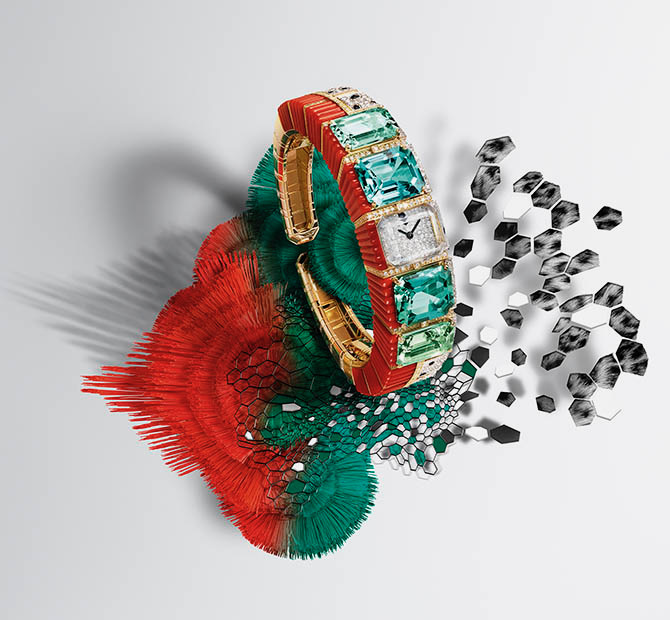 Everyone’s absolute favorite design from the pieces shown was in fact a watch masquerading as a jewel. The Panthère Tropicale echoes jewels Cartier made as early as 1930 with carved coral on one side and a diamond and onyx panther spot pattern on the other. The big difference between the new jewel and the older renditions were the 12.71-carats of aquamarines and 20.58-carats of blue tourmalines punctuating the top center of the design. 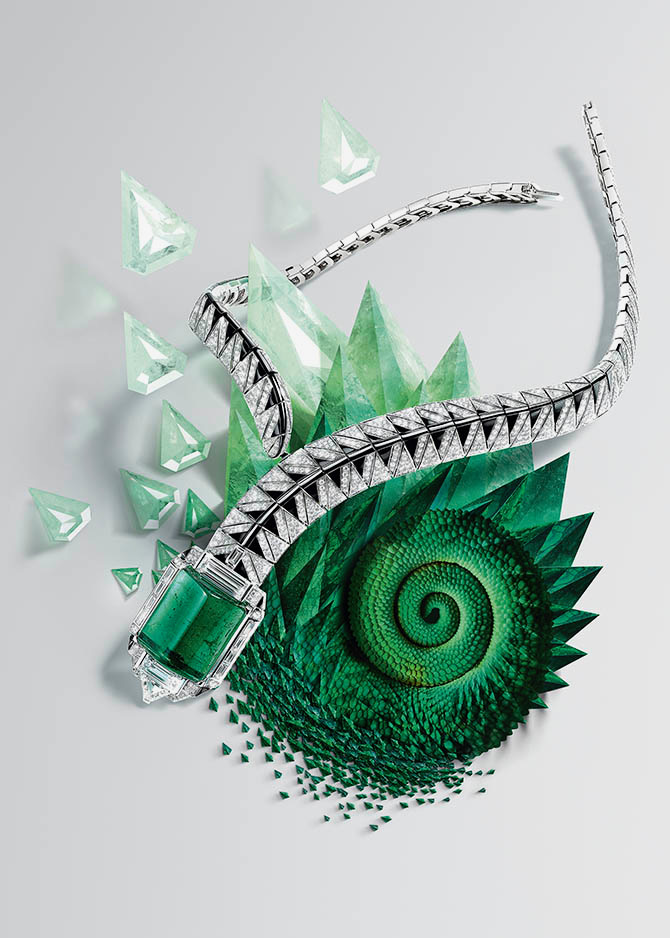 The silhouette of one of the most impressive necklaces, named Opheis, is the shape of a snake and reminds me a bit of the hulking serpent Cartier created for Maria Félix in 1966. The new snake is a refined reptile set with diamonds, onyx and a giant 53.94-carat rectangular Zambian emerald. 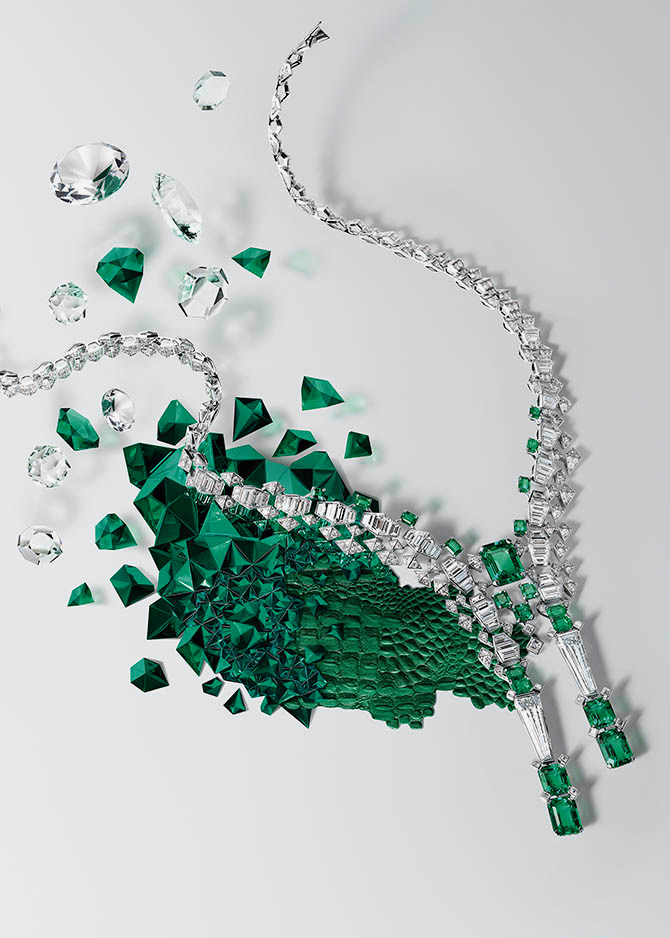 Maria Félix’s crocodile necklace inspired the Gharial necklace named after a species of large fish-eating crocodiles. The octagonal shaped diamonds and emeralds in the necklace reflect the form of the raised scutes on the skin of a croc and sculpted gold in Felix’s famous jewel.

The new interpretation of the Cartier creatures was so imaginative and beautifully presented it almost made up for the fact that we couldn’t all touch and really analyze the jewels in person. The visual alone and the trip back in time through Cartier’s magnificent menagerie was a beautiful escape from the Covid crisis to a jewelry wonderland.