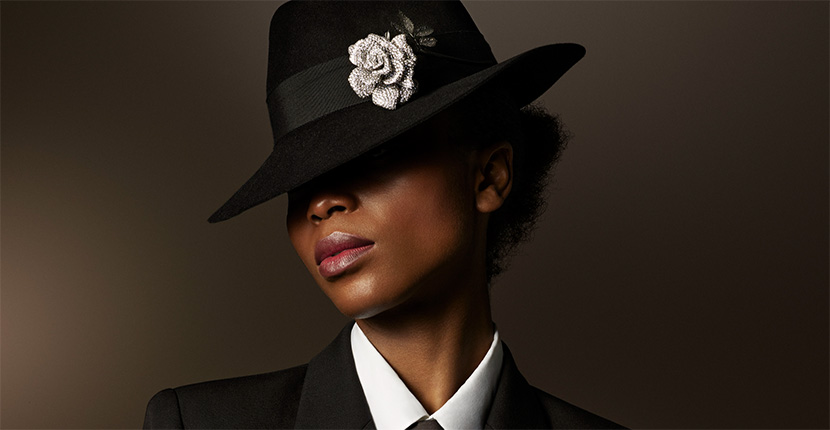 May 17, 2022—Jewelry and the movies have gone together since the early days of silent productions. There is a glamour and sense of fantasy messaged by both mediums and why their stories have often intermingled. Movie scripts have long used jewelry as a plot to drive the action forward. And jewelry has always been a part of costumes not to mention red carpets.

Among all the jewelry houses who have played one role or another with an aspect of film, few have done so with quite the enthusiasm of Chopard’s Co-President and Artistic Director Caroline Scheufele. Whenever I have spoken with Caroline around the time of the Oscars and Awards Season, she has always seen every movie in the running. She has an authentic passion for the medium and, really, everything about movies.

One way her firm has long demonstrated their love of cinema is by being an official partner of the Cannes Film Festival for the last 25 years. In addition to designing the Palm d’Or trophy, the highest prize given at the film festival, Chopard introduces new High Jewelry collections at the event.

To celebrate their landmark anniversary with the film festival Caroline created a collection inspired by movies. Some of the jewels in the collection capture a spirit or pay subtle tribute to a movie. Other references are made abundantly clear in the designs.

See a couple more of our favorite pieces from the Chopard Loves Cinema Red Carpet Collection below.

And watch for The Adventurine’s coverage of the red carpet in Cannes during the course of the Film Festival which begins today and ends on May 28. We are sure several more pieces from the collection of 75 jewels will make their debut on the red carpet.

Chopard’s diamond chandelier earring design, shown in production above, seems to clearly be a tribute to Lumière in Beauty and the Beast.

The diamond necklace in the image above, featuring a 13.69-carat flawless D-color diamond, is a tribute to Alfred Hitchcock’s 1955 thriller To Catch a Thief. The plot of the production starring Grace Kelly and Cary Grant surrounds a jewelry heist.

See All 12 of Ann Getty’s Jewels By JAR