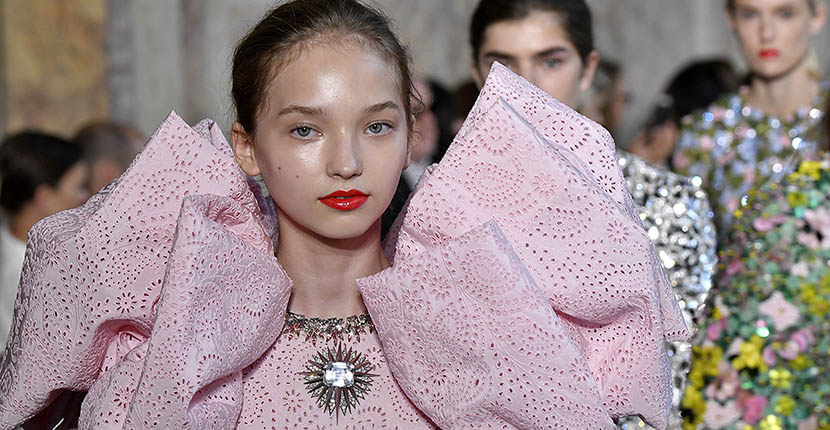 Couture Week in Paris during July has become as much about jewelry as it is about spectacular clothes. While most of the big-time baubles are new collections from grand names and creative super talents, presented at events away from the fashion shows, Giambattista Valli included bold vintage jewels from Eleuteri on the runway for his Fall 2017 Couture show. 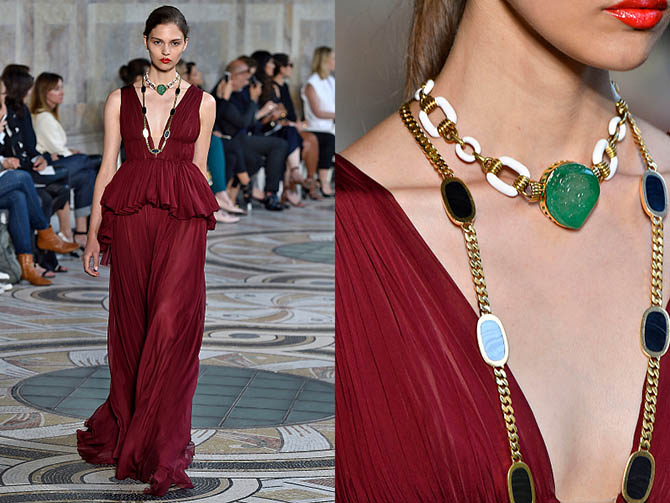 The collaboration ignited sometime last year when celebrated stylist Giovanna Battaglia introduced Wagner Eleuteri to the fashion designer. “Giambattista is originally from Rome and knew our shop on the via Condotti,” remembers Wagner. “He proposed the idea of using our jewelry on the runway.” 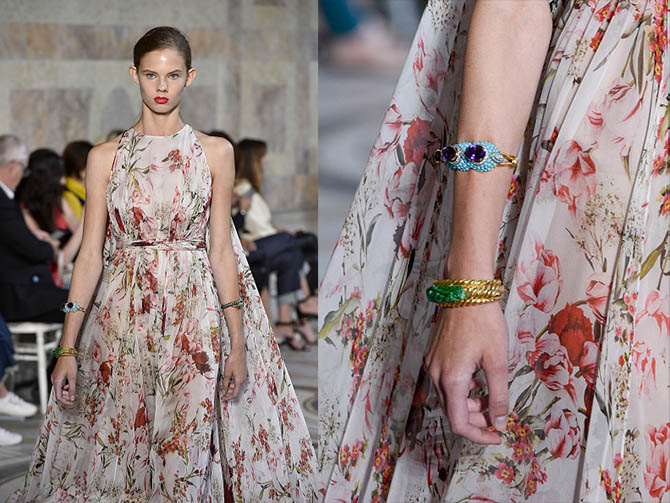 Three of the vintage bracelets from Eleuteri paired with an ethereal printed Giambattista Valli gown include a carved jade and gold David Webb design and a colorful French piece set with turquoise and amethysts. Photo Getty

Giambattista traveled to the Eternal City to review the bold twentieth century jewelry at the Eleuteri boutique that has been a landmark destination for decades. (Eleuteri also has boutiques in Venice and New York City.) The fashion designer worked with Wanger’s sisters Etrusca and Vesta to make a selection of around 20 pieces. The vast majority of designs he chose were magnificent bracelets from the mid-twentieth century. Many feature colorful stones and enamel.  There were also a few vintage gold tubogas watch/bracelets from Bulgari. 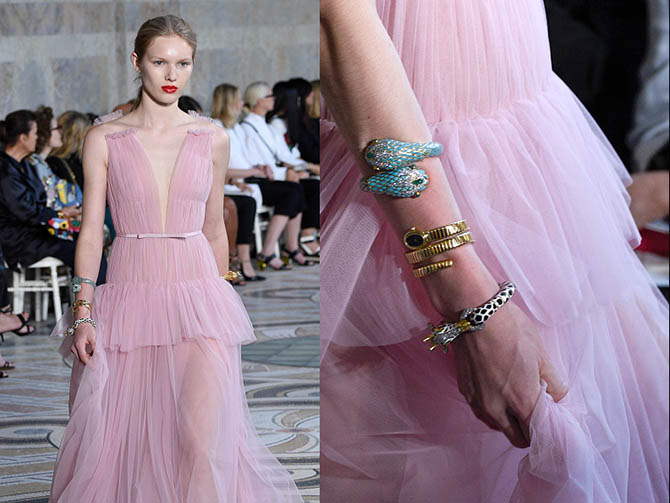 Three vintage bracelets from Eleuteri were piled up the arm of a model in a millennial pink Giambattista Valli dress. The pieces included a 1970s gold, black and white enamel giraffe, a Bulgari tubogas watch-bracelet and a bold Italian two headed bypass bracelet of enamel, diamonds and gems. Photo Getty

“Giambattista gave importance to the jewelry in the show,” says Wagner. “It is highlighted and even stacked and it caught the eye of the audience. We were all delighted he made it part of his dreamy presentation.” 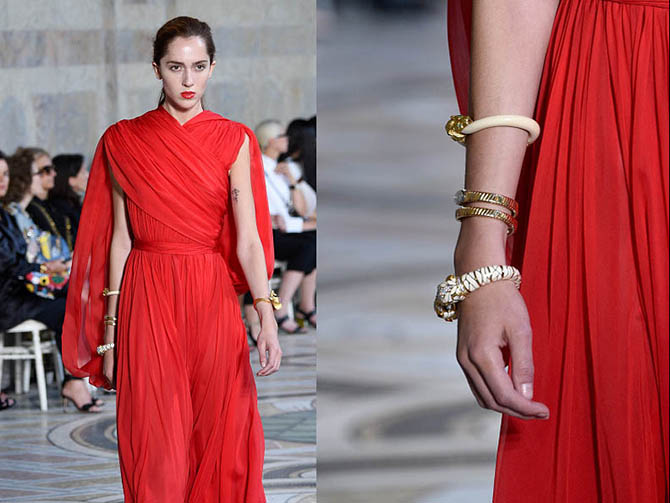 Three vintage bracelets from Eleuteri stacked on the arm of a model in a fire engine red Giambattista Valli dress. The pieces include a gold lion bracelet, a Bulgari tubogas design and a David Webb enamel diamond and ruby jewel. Photo Getty 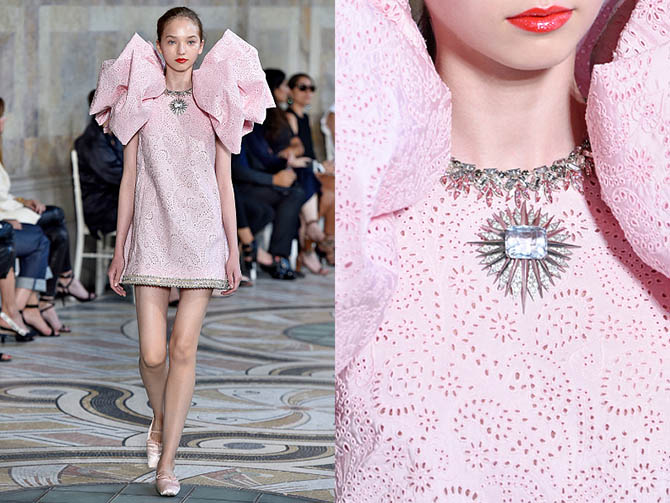 A millennial pink mini dress with exaggerated shoulders and bejeweled neckline by Giambattista was highlighted with a 1950s aquamarine, diamond and platinum starburst brooch from Eleuteri. Photo Getty 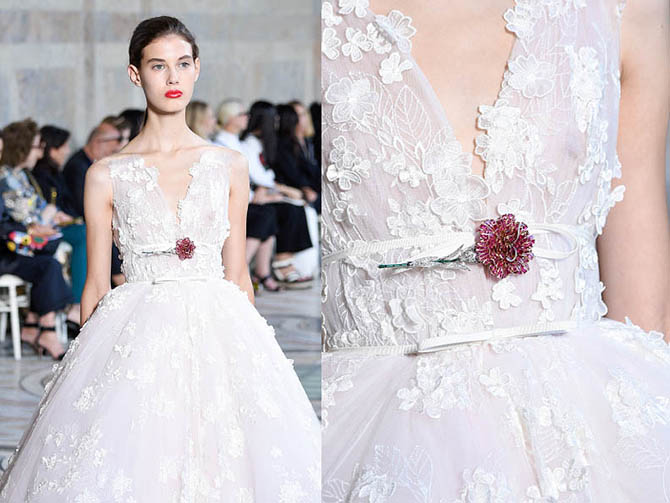 A Fabergé ruby, diamond an emerald rose brooch from Eleuteri worn horizontally at the waist of a white Giambattista Valli gown. Photo Getty

Katy Perry Performs in a Historic Bulgari Necklace From Eleuteri