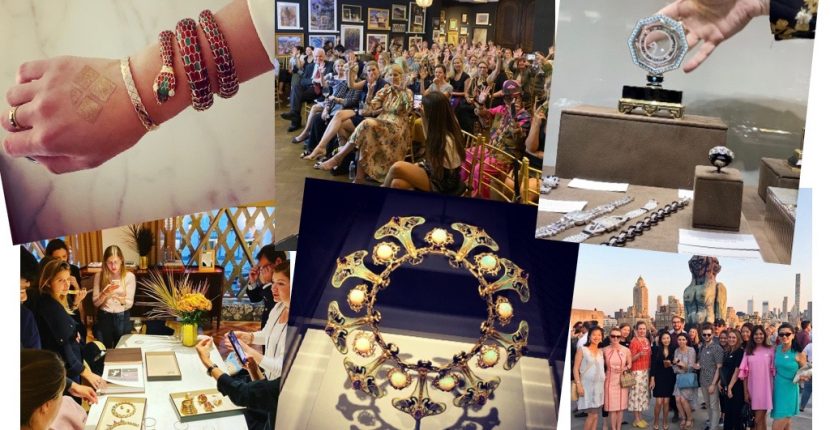 Find Out About the Jewelry Social Club Gem X

When I first heard about Gem X, a jewelry social club, I must admit I had my reservations. Perhaps it’s PTSD from years of being chosen last for kickball, but something about a members-only club — the exclusivity, the us/them implications — makes me uneasy. Particularly as it’s centered around jewelry, I suspected Gem X could just be a sorority of well-heeled women getting together to shop and compare notes on their enviable collections. The whole thing sounded very mysterious, like some cross between the Illuminati and the high rollers club. After following their activities from afar for a while — seeing images of dinners with loose stone dealers and private tours of designers’ workshops — I decided to find out what Gem X was really about. And it turns out, I had it pretty much all wrong.

I recently spoke with the group’s founders and, rather than mean girls with a taste for bling, discovered genuine jewelry enthusiasts. Lin Jamison and Heidi Kreamer struck up a friendship when they were randomly paired as lab partners in a GIA course. Both were relative jewelry novices looking to delve deeper into a subject that had fascinated them. Jamison began her career in finance, working as a trader for seven years before the financial crisis, which prompted her to switch gears and pursue a career that actually interested her. Kreamer was unhappily working in corporate communications at an office nearby Christie’s. Like a modern-day Breakfast at Tiffany’s, she’d duck into the auction house and peruse the jewels whenever she was having a particularly disheartening day. It was one of Christie’s jewelry specialists that suggested she try a course at the GIA.

“As soon as I met Heidi, it was like ‘Ah! Here’s a jewelry buddy!” Jamison recalls. “Even when I was shopping for my own engagement ring, I was terrified to walk into some of these stores alone. Now, I have someone I can take to events with me and take a bit of that edge off, make it less intimidating.”

Eager to sink their teeth in, they attended as many lectures and exhibitions and tours as they could find. But the options were rather underwhelming. Reflecting on those early outings, Jamison says: “Given what an exciting topic jewelry is, if it’s presented in a format that’s boring with some PowerPoint presentation, it really does disservice to the subject.” So, they decided to start planning events of their own. Initially it was just for the two of them but, gradually, various friends began tagging along.

“Coming from a background as people who just love gems and jewelry,” says Kreamer, “the more we learned about the many different facets of the industry — the mines, the gem dealers, the designers, the auction houses, the museums — we realized that it’s such a rich world with so many stories. But it’s also a world that’s hard for a lot of people to access, so we’re really passionate about opening it up.” 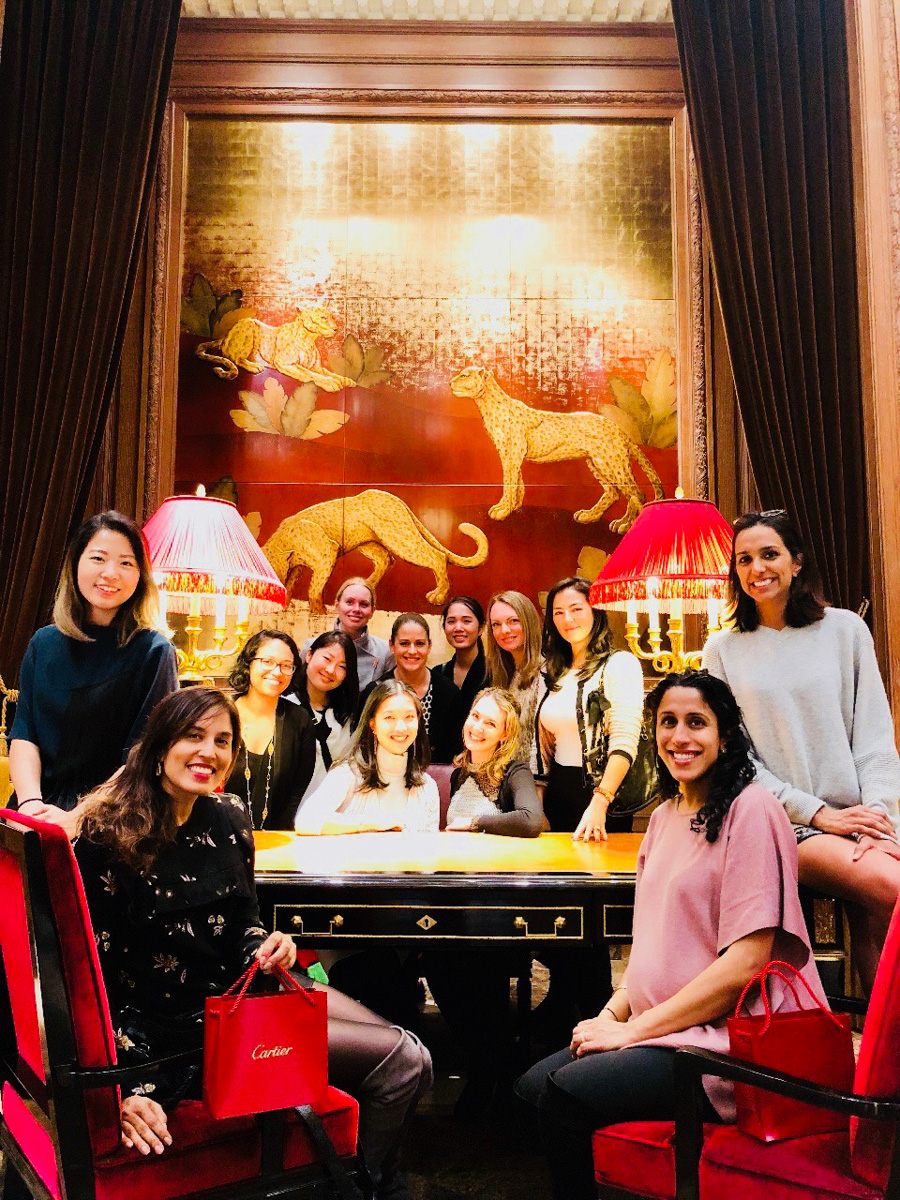 Members of Gem X on a tour of the Cartier Mansion in New York City. Photo courtesy

In the beginning, they designed the format like a book club. “Only, instead of meeting around dusty things,” says Jamison, “we meet around sparkly things.” The group’s small membership would take turns planning an event somewhere in the city each month. One of their first events in 2017 was a dinner at the National Arts Club with Jim Alger, a gem dealer from Tucson who brought along a selection of loose stones for the group to get hands-on with. Other early outings included private tours of The Jazz Age exhibition at The Cooper-Hewitt Museum and Cartier’s Fifth Avenue mansion, shortly after its renovation. Without actively recruiting, they would pick up a couple new members each time they met — fellow jewelry lovers who recognized a group of simpatico people.

“I was attracted to their shared appreciation and enthusiasm for all things beautiful,” says Joanna Wheeler, a jewelry cataloguer at Sotheby’s and one of the group’s core members. “It’s a creative and nurturing environment where questions and curiosity are encouraged and a passion for jewelry of all types, from all time periods, is cultivated. Within minutes of meeting some of my fellow Gem X’ers, many of whom have now become dear friends, I felt an immediate sense of ease and comradery.” 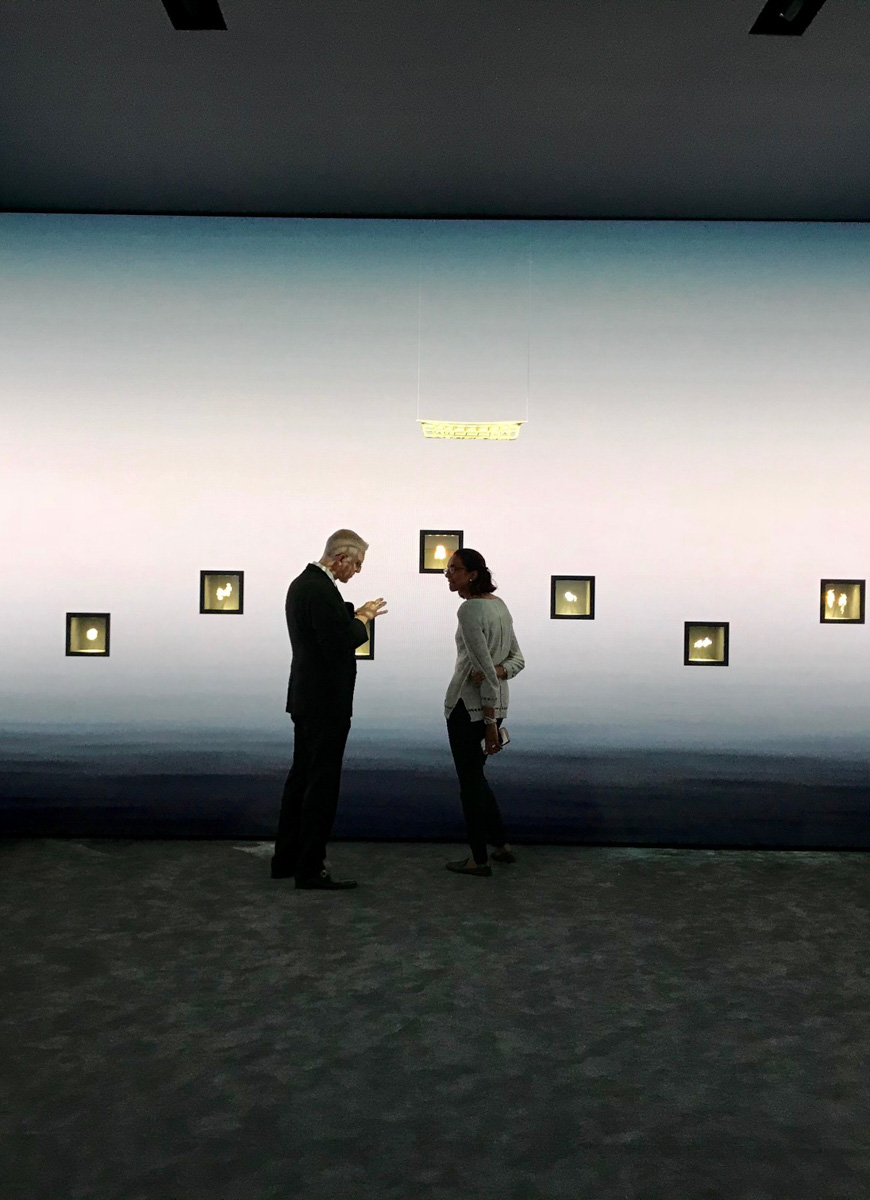 Today, the group counts around 300 members, between New York and a recently launched London chapter, who pay an annual $100 fee for access to two-to-three events each month (some of which include additional fees for things like meals and transportation). Jamison and Kreamer landed on the name Gem X, a nod to their mission of uncovering jewelry’s x-factor. “It’s that unknown that the piece isn’t necessarily telling you right away, that you have to work a little to understand,” Jamison explains. “And it’s a little play on Gen X, since we do represent the new generation of jewelry collectors.”

While the group is open to all ages, the majority of the members are between 25 and 45 years old. And though they do welcome anyone to join (so much for my assumptions of being exclusionary), there is an application process. Mainly, the application and brief interview is an exercise in insuring that interests, and attention spans, are aligned. As Jamison notes: “It takes a certain type to sit through a one hour talk at Bulgari. All we look for is a genuine interest in the subject and in giving back to the group, through asking good questions and maybe coming up with event ideas.” 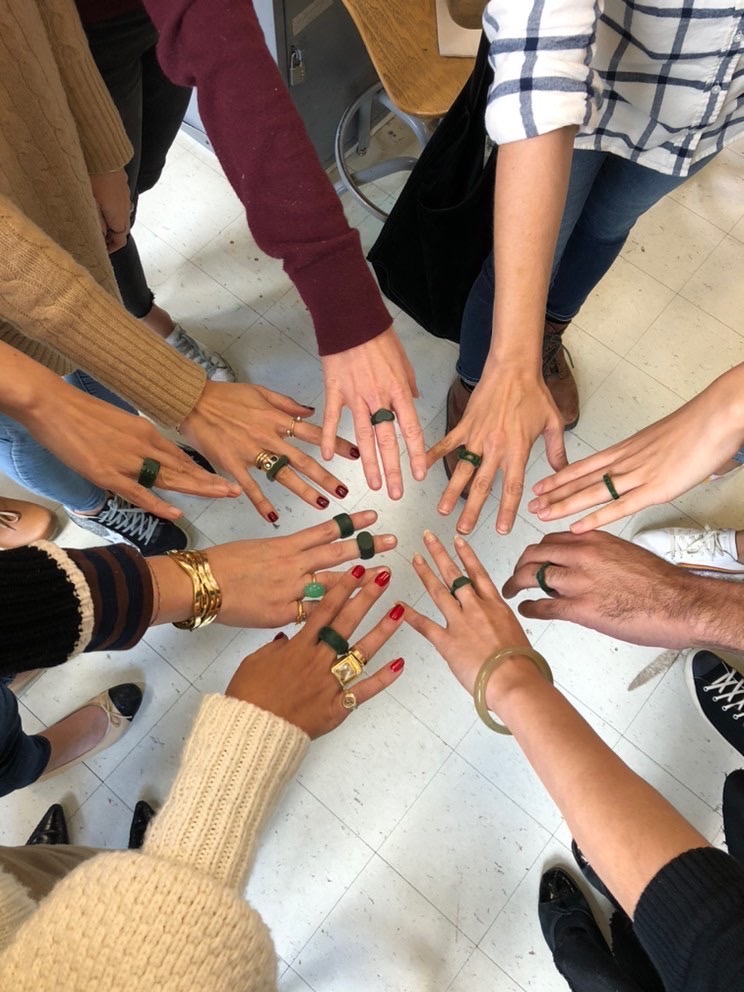 Gem X members showing the waxes they made during a wax carving class at the 92nd Street Y. Photo via Instagram @gemxnyc

The events vary from craftsy, like a wax carving class, to thought-provoking, like a panel of self-made female designers discussing their career trajectories. I recently followed along as the group wove their way through TEFAF, looking like a band of well-accessorized wassailers, and quickly got a sense of the breadth of their interests. While some were swooning over sapphires at Reza, others were picking Otto Jakob’s brain about goldsmithing techniques. The diversity of the members, from historians to gemologists to designers to retailers to those that just simply love jewels, makes for particularly dynamic discussions.

Even for members like Wheeler, Christine Cheng, Gallery Director at estate dealer Simon Teakle, and Levi Higgs, an archivist at David Webb and Instagram influencer, who are already jewelry insiders, Gem X proves enlightening. “I really love that the group is all hyper engaged,” says Higgs. “It has helped me grow my network vastly. I think other groups could sometimes come across as a bit ‘jewelry 101’ but Gem X really thrusts members into the heart of the jewelry world and gives access to some of the most important players.”

The group offers an opportunity for like-minded people to gather, face-to-face, and engage in the increasingly lost art of spirited conversation — a rarity in our digital age. Wheeler notes that one of her favorite parts of Gem X is “the conversations that happen after our events. The chemistry of the group is organic and energizing, we feed off each other’s knowledge and pure love for the subject matter.” And especially for jewelry, it allows members to hold pieces in their hands that, otherwise, might only be seen behind a glass vitrine at a museum or in a snapshot on Instagram. “Jewelry isn’t a painting,” says Kreamer. “It’s not about looking at something but about wearing it. It’s tangible, and that’s the beauty of it.” 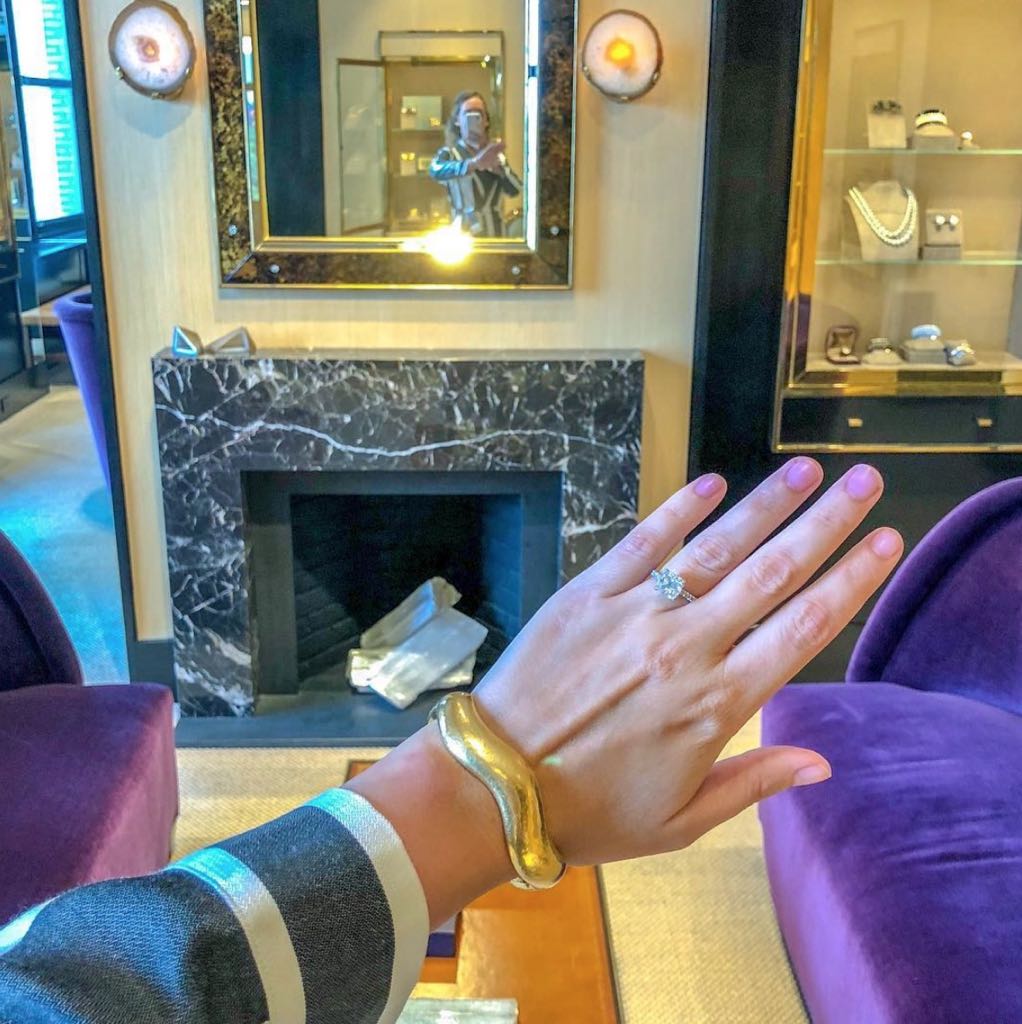 Gem X Co-Founder Heidi Kreamer-Garnet posing in a Belperron wave bracelet during the group’s tour of the salon. Photo via Instagram @heidikreamergarnett

Though it’s not a planned feature of Gem X events, purchases are often inevitable. After Frank Everett, Senior Vice President of Jewelry at Sotheby’s, led the group on a tour of highlights from a recent Magnificent Jewels sale, four or five of the lots wound up being won by Gem X members. “It’s never about sales but that’s just a natural piece of someone finding a designer they love,” says Kreamer. “I think many of the people that we plan events with recognize that if they open themselves up to this new generation, the people who appreciate their jewelry will come back and buy and collect and it could be the beginning of a lifelong relationship.”

The group’s collective purchasing power spurred the idea for a shared jewelry program, called The Vault, that Jamison and Kreamer are currently test-driving. After repeatedly lusting after pieces from the likes of Hemmerle and JAR — heady designs with price tags to match — on Gem X excursions, the founders had an epiphany: what if we all went in on it together? The idea is to have a sort of jewelry timeshare, where members can share the cost and ownership of select marquee designs. “There are so many pieces out there that you’d only wear a couple of times,” says Jamison. So rather than sitting in one’s safe, they can go on the circuit of Gem X’s sisterhood of the traveling jewels. 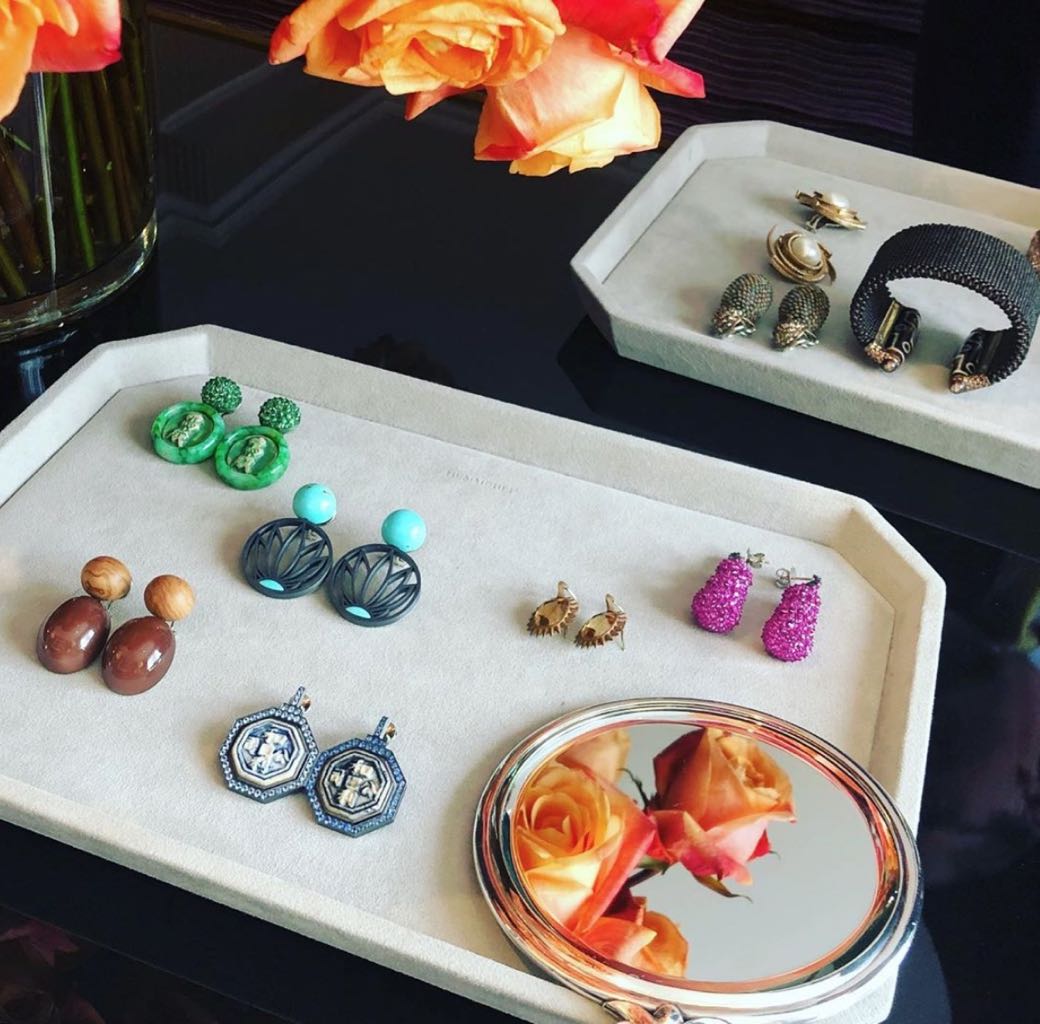 Now that the group has been around for two years, the focus is on expansion. In addition to The Vault, the group recently revamped their website to include a directory for members to get to know and connect with each other, a forum for discussing any pressing jewelry concerns (Who knows a good hand-engraver? What’s the story with oiled versus unoiled emeralds?), and a comprehensive calendar of all jewelry-related events — including many beyond Gem X’s own — that may be of interest to members. There are hopes to have a more global presence outside of New York and London, giving members an international network of jewelry compatriots and built-in friend group when traveling abroad.

In the meantime, they’re upping the ante on events with trips to jewelry-rich destinations. The first will be a pilgrimage to Tucson for the annual Gem & Mineral show in January. Where’s next? Jaipur? Hong Kong? Geneva? One thing is certain: the world’s jewelry lovers are sure to rejoice when Gem X is coming to town.