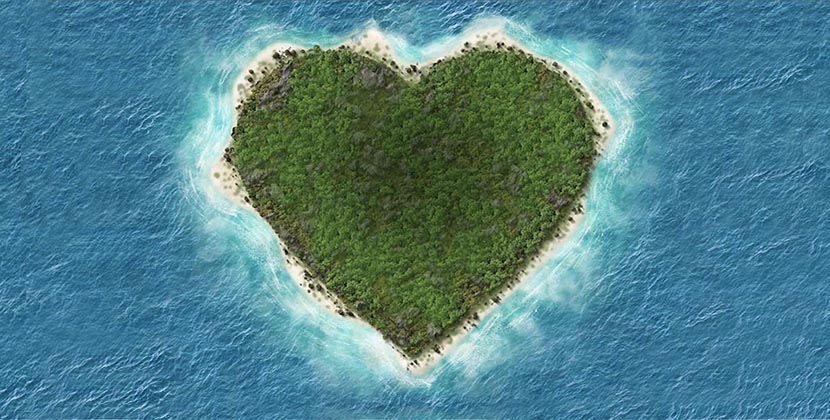 Marie Helene Morrow On How to Help Puerto Rico

The beloved CEO runs 12 jewelry stores on the island

Marie Helene Morrow is one of the most beloved members of the jewelry retail world. Ever since the late 1970s, the CEO of Reinhold Jewelers in Puerto Rico, has embraced emerging talent. The list of designers she carries in her stores literally reads from A to Z.

David Yurman was one of the first she scouted and stocked. The biggest independent name in American jewelry design today, David presented Marie Helene with the GEM Award for Lifetime Achievement in 2013 and shared a moving, self-deprecating and hilarious story of how she literally discovered him at a craft fair.

Penny Preville, another designer Marie Helene supported from the start of her career decades ago says, “She gives people a chance, validates their work and really puts herself behind helping a designer. She is always on the lookout for what’s new, but simultaneously manages to stay true to all the designers she represents.” 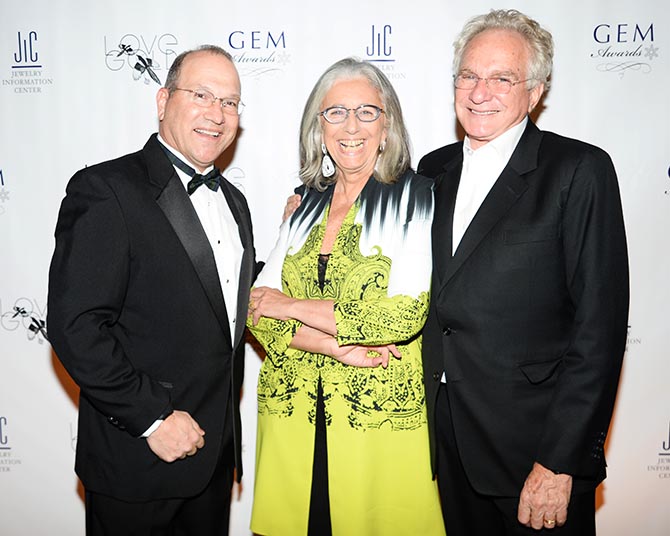 At the 2013 GEM Awards, President and CEO of Jewelers of America David Bonaparte, Marie Helene Morrow and David Yurman Photo courtesy of the GEM Awards

As hurricane Maria hit Puerto Rico last week, Marie Helene and her husband David Morrow were coincidentally in Dallas with one of their daughters. When I reached her by phone, she said she has been in contact with people in Puerto Rico everyday and the power was on-and-off intermittently. “Puerto Rico is one of the pearls of the Caribbean,” says Marie Helene. “It will shine again.”

Marie Helene’s optimism stems from a family heritage of overcoming challenging situations. Her grandparents emigrated to Haiti from Austria to escape the Nazis. Later, the family moved to New York to get away from the oppressive political situation in Haiti. In 1963, when Marie Helene was working as a translator at the United Nations—she speaks German, Spanish and French as well as English—President Kennedy was assassinated. “I happened to be at the teleprompter when the news flashed that he was killed,” remembers Marie Helene. “Everyone left the building, joining thousands on the street, all with tears streaming down our cheeks. I could not stay in New York after his death. I had gone to Manhattanville College where his sisters had gone and campaigned for him. My parents and I moved to San Juan two weeks later.” Shortly thereafter she met and fell in love with the late Henry Reinhold as well as beautiful Puerto Rico. 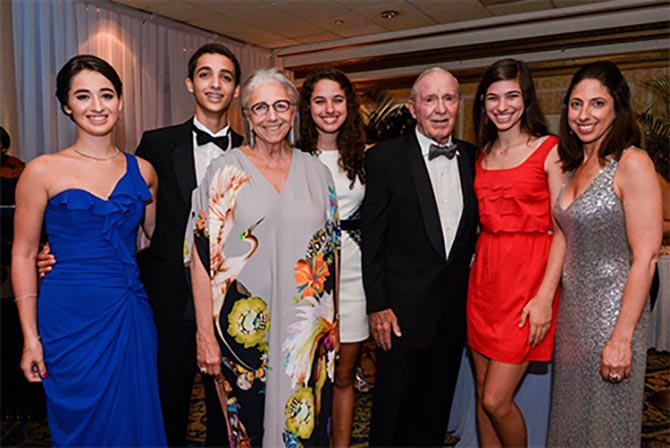 Marie Helene Morrow with her husband David Morrow and other members of their family. Photo courtesy

With over 75 employees waiting for her to return, Marie Helene says, “I cannot wait to get back, reopen the stores and help with the recovery.” She recognizes the heroic work being done by the Governor Ricardo Rosselló in the midst of the crisis and suggests anyone who would like to make donations to help should direct their funds to the charity United for Puerto Rico.  “The organization is run by the Governor’s wife Beatriz Rosselló who knows where the money is most needed.”

Tiffany’s Save the Wild Collection Is For A Cause