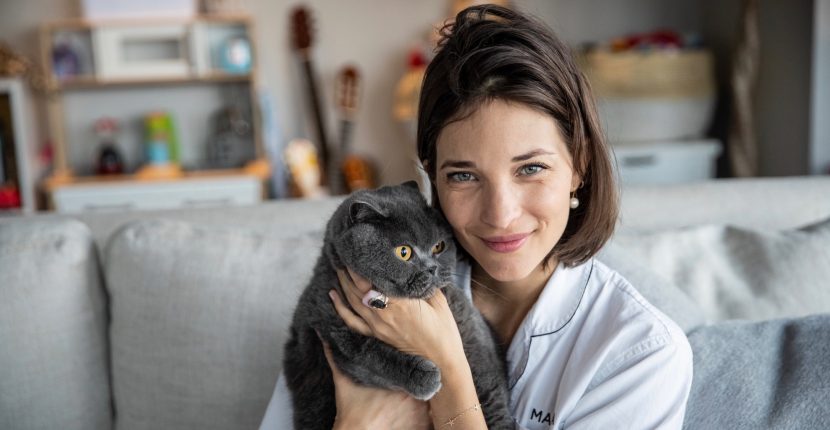 The Cat Ring with Craftsmanship That Purrs

We are in the midst of a major personalized jewelry moment. All kinds of things that reflect biographical details are popular from birthstones to initial pendants, engraved gold designs and vintage zodiacs. One territory few have ventured into in the personalized jewelry genre is cameos and intaglios. Jen Tran, the creative force behind Mille & Noah, is changing that by making glyptics a bespoke component of her collection that is all about personalization.

A former biotech who worked in cancer research after finishing her PhD, Jen decided to leave science and pursue her passion for jewelry and gems some years ago. She realized how important personalized jewelry was as a talisman after her father abruptly passed away and her son spent six months in The Boston Children’s Hospital Neonatal Intensive Care Unit (NCIU). When her son recovered, she narrowed her focus to the creation of personalized pieces. In July of 2019, Jen launched Mille & Noah. The name is a scrambling of her father and son’s names and a tribute to them both. Engraved cameos and intaglios celebrating subjects her clients love form a bespoke portion of the collection. 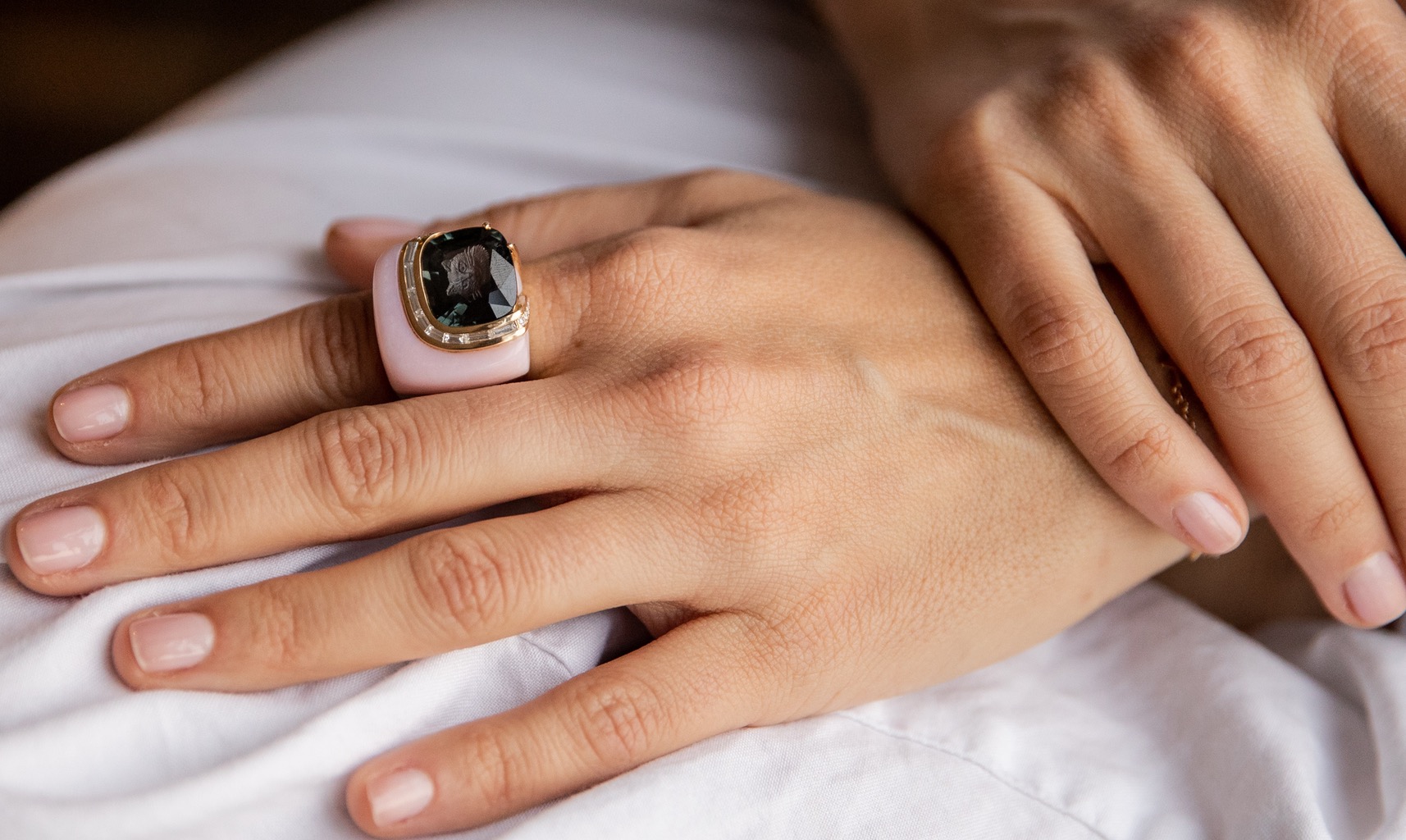 The first client Jen worked with to make a custom intaglio ring was social media darling and former ELLE Accessories Editor Maria Dueñas Jacobs. “I have always loved the idea of heirloom pieces,” explains Maria. “Ever since my first daughter Luna was born, my husband and I have had this tradition of getting each of our three girls a piece of jewelry every year for their birthdays. All my friends know me as a cat lady and Frankie is like my fourth child so it is only fitting that I have a piece dedicated to her.”

To make the Frankie ring, Jen interviewed several gem engravers in Idar Oberstein, the small town in Germany that is the home of the best lapidaries in the world. There she found Michael Peuster to carve an over 10-carat spinel. The rare grey gem matches the color of Frankie’s coat. 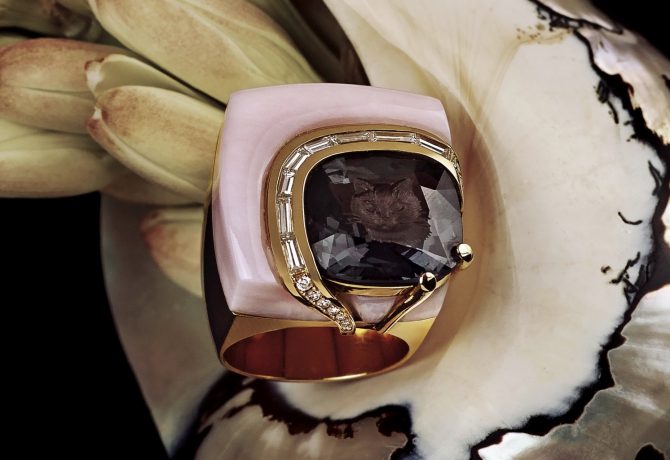 Once the cat’s face was realistically rendered into the jewel, Jen worked hand in hand with Maria to make the details of the statement ring personal and stylish. They went over several designs in the modern mode of exchanging texts. Finally, it was decided to put the spinel in one corner of the ring and give it a three sided frame of baguette shaped diamonds, Maria’s twins birthstone. An opaque opal in the shade of millennial pink, defines the rest of the jewel. The entire process took around 6-months. “In this age of social media and instant gratification, it was a nice change to see something slowly take shape and the buildup in anticipation was completely worth it,” says Maria.

The charm of the Frankie ring by Millie & Noah is totally modern and also conjures up jewels of the ancient world and eighteenth and nineteenth century cameo revivals. Long before there were photographs and selfies, gems were carved with images of beloved Greek gods and goddess as well famous figures and loved ones. The art of engraved gems that Jen Tran is helping to revive with Millie & Noah is without a doubt one of the most luxurious ways to personalize a jewel.

Hoops Are *Still* Hot in Hollywood