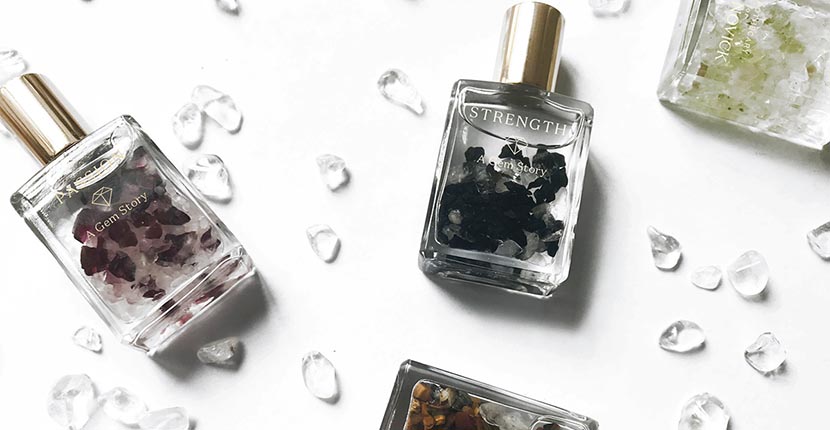 There is something about fragrance that is just as meaningful and intimate as your most personal piece of jewelry. So, it’s no surprise that a handful of independent jewelry designers have moonlighted as perfumers over the years including Solange Azagury-Partridge, Irene Neuwirth, and JAR jewelry designer, Joel Arthur Rosenthal. Now you can add Paige Novick’s name to the list. Gem Story is the designer’s collection of five themed essential oils.

Created in collaboration with natural beauty brand, Bios Apothecary, the multi-sensory oils are as luxurious as they are mystical. Scented with therapeutic essences of refreshing citrus, calming lavender, and balancing ylang-ylang, each of the multi-sensory oils are believed to assist in a different healing power, somewhat like birthstones. Each of the five oils—Balance, Calm, Dream, Passion and Strength—come in sleek little bottles with a generous sprinkling of healing gemstones that match the vibe of the fragrance. It’s a pairing that sort of suggests a smell to the stone. You can double up on the meaning of each oil by pairing them with a matching pendant necklace composed of a gem that matches the one in your fragrance bottle, a sprinkling of diamonds and a brass chain.

Read my interview with Paige below and find out more about the designer’s journey to the creation of Gem Story collection. 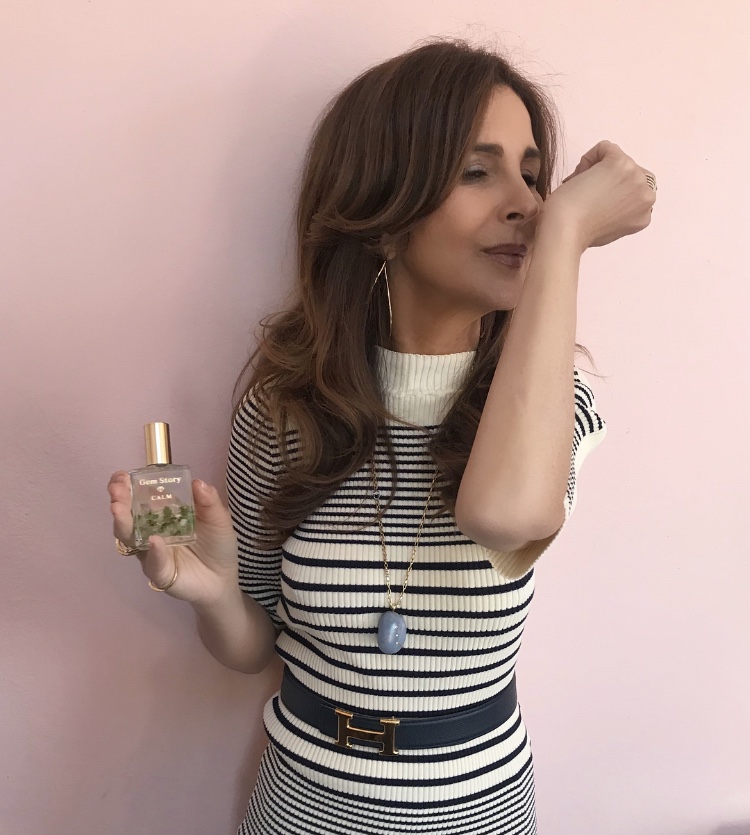 Paige Novick testing one of her multi-sensory oils. Photo courtesy

What was your inspiration in creating The Gem Story line?

I’ve been a student of meditation for five years and began to study healing crystals shortly thereafter. About a year and a half ago, I became certified in healing crystals. It was a natural step for me to further explore this whole new world. I was already interested in alternative practices plus I was living with colored gemstones and crystals in my professional life as a jeweler. I just had this calling for something more spiritual and deeper. I found myself feeling differently depending on what gems I wore.

I discovered Bios Apothecary while walking through Green Point, Brooklyn, and I became interested in their products and soon connected with the owner Michelle O’Carroll. One thing led to another and we had this idea to collaborate. We really wanted to create something that was beautiful and relevant for a modern lifestyle to sort of demystify the whole idea of healing crystals and oils. 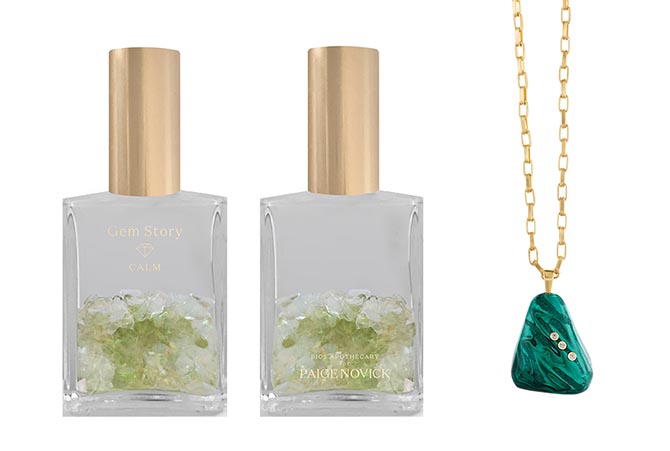 Front and back of the bottle of Paige Novick’s Calm Gem Story Oil and a Malachite Gem Story Necklace. Photo courtesy

How did the idea to sell the pendants along with the oils come about?

I tend to create things that I want for myself. And while I carry around my crystals with me in a pouch, I also wanted to wear them. My idea behind it was about marrying these two worlds to elevate elixirs to a chic world for 2018, taking it out of this hippie-dippy context, and making something luxurious. So, we made these pendants that match each of the oils in the line. Of course, there’s my signature of my fine jewelry collection, my chain, the three diamonds and the healing crystal, so once again it’s fusing these two worlds together. 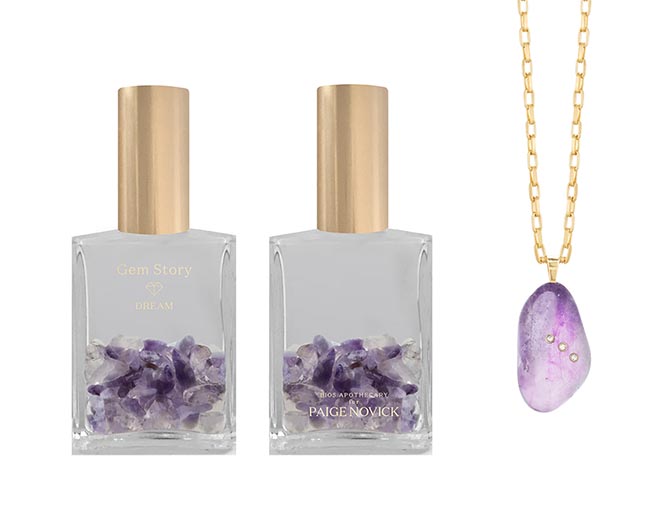 Front and back of the bottle of Paige Novick’s Dream Gem Story Oil and a Amethyst Gem Story Necklace. Photo courtesy

How would you recommend someone start their own collection of oils and crystals?

Crystals can be used in many ways, but most importantly they work for you as much you would like them to. There’s usually a color, shape or stone that speaks to you and then that’s your stone that you should make your own. It’s different for everyone, but if you feel the vibrations and connect with a crystal. I always say, “Don’t overthink it. If it’s not a hell yes, then it’s a hell no.” If you don’t feel anything, which is possible, you can use it simply as a focal point during meditation, or as something decorative. They are beautiful gifts from nature, so it’s whatever you would like it to be.

Oils, especially the ones used in this collection, have been used in healing for thousands of years. Ancient civilizations used what they have access to essential oils from pine nuts, lavender and peppermint. These elixirs combined with crystals from the earth amplify the healing powers. That is why they are multi-sensory because there’s a visual component, but there is also scent, feel and memory to each oil, everything except taste. We just don’t suggest tasting it!

The Ultimate Guide to Birthstones

Find the Jewelry of Your Dreams at Up On Park