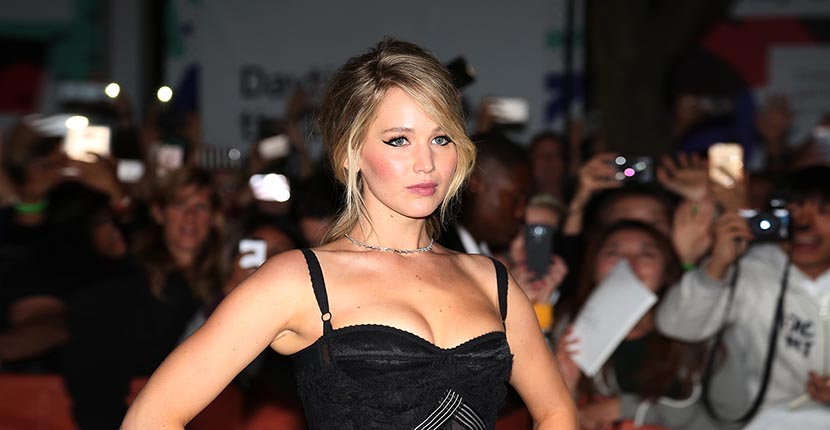 Jennifer Lawrence wearing a diamond choker by Penny Preville at the 'Mother!' premiere during the 2017 Toronto International Film Festival. Photo by Walter McBride/FilmMagic

It’s not a trend I saw coming, but honestly, I should have. Diamond chokers are the deluxe evolution of the black velvet choker that was going strong for so long. 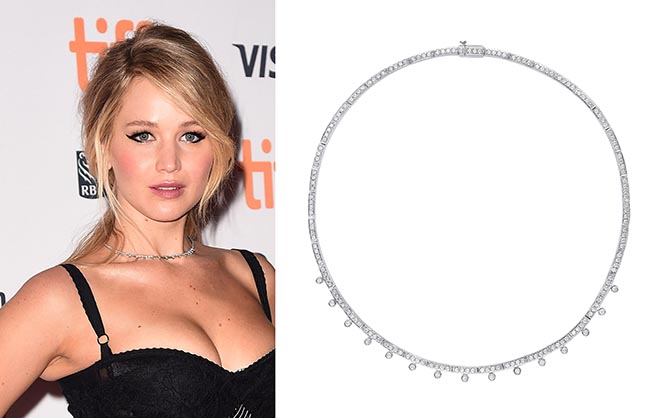 The rollout of the look can be charted on Jennifer Lawrence. Last year, she combined a black velvet choker with a diamond necklace from Beladora. At the Venice Film Festival a week ago, she turned up in a diamond necklace from Tiffany that was a shade too long to be a choker. Well, at the Toronto Film Festival premiere of Mother! on September 10, 2017, she did indeed turn up in a diamond choker. The dazzling piece was from Penny Preville. 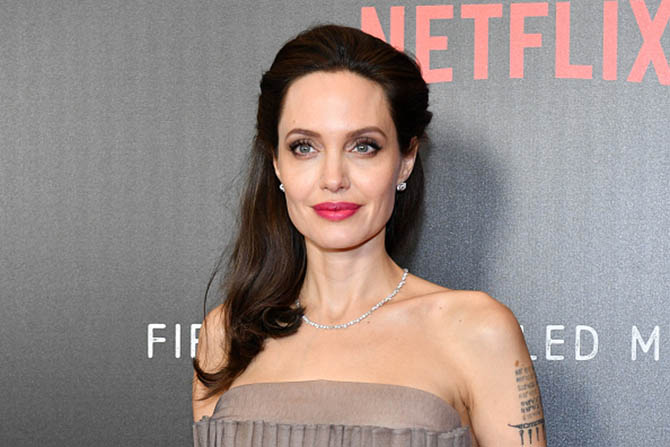 Angelina Joie wearing a Dior diamond choker at the New York premiere of ‘First They Killed My Father.” Photo by Dia Dipasupil/Getty Images

Of course, diamond chokers have been around forever.  Queen Victoria wore a choker with huge diamonds during the nineteenth century. The jewel was beloved by bombshell movie stars during the mid-twentieth century. Rita Hayworth famously flaunted one in the 1946 film Gilda. The new renditions, however, are different. “The diamonds are smaller than the pieces I made in the past,” explains Penny Preville who has had diamonds chokers in her collection for eons. “The smaller size makes the chokers look sexy and they are more wearable from day into evening.”

Jennifer Meyer has been perpetually wearing her diamond choker over the last year. When I spotted her wearing it in an Instagram selfie with her workout clothes right after a Tracy Anderson session, I knew she was really in love with the look.  She also practices what she preaches.  Jennifer told me, “It’s a statement piece that never needs to be taken off.”

Jennifer Meyer wearing her Diamond Tennis Necklace after a Tracy Anderson workout with Dasha Zhukova and Gwyneth Paltrow and in a selfie with a pair of her pendant earrings. Photo @JenniferMeyerJewelry/Instagram

Jacquie Aiche calls her choker the Diamond Elizabeth Necklace.  The “Elizabeth” she is referring to, as you might have guessed, is Elizabeth Taylor.  Every time I see Jacquie she is wearing her Elizabeth necklace.  I suspect she is another designer that never takes it off. She also has a seriously glorious rendition in rubies. Gigi Hadid and Behati Prinsloo are among the many #JATribe members who have breezily tossed on the jewel. 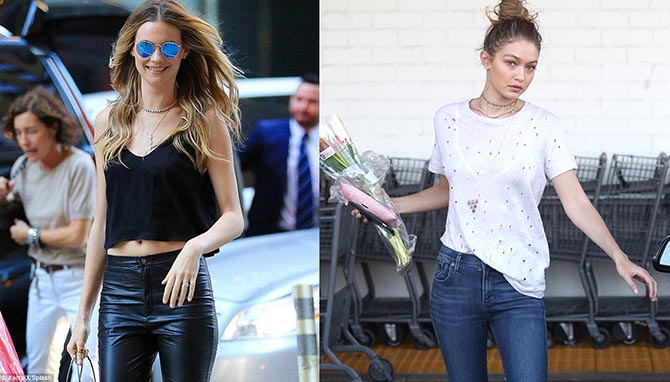 Anita Ko has lots of diamond chokers in her collection.  She really riffs on the look using various gem shapes and colors of gold. Even more glorious special choker commissions can be spotted on her Instagram where you will also find her celebrity fans wearing the style every which way from the red carpet to mixing it in with t-shirts. 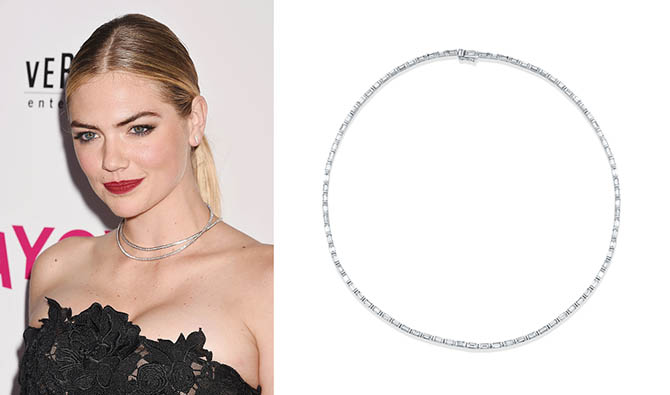 The downside to this ultra glam trend may be that the pieces are not exactly easy on the wallet. In fact they are as far from the price of those black velvet ribbons as can be. Even dollar cost averaging price per wear, well, it doesn’t make the initial layout of cash less. The good news is, if they are out of reach, you can delve into each of these designers collections for looks that are in the same silhouette. Go lighter on the gems and prices plunge. Think gold chain and a sprinkling or single stone.

The Best Jewelry at the 2017 Venice Film Festival

The Earring Fashion Girls Will Be Wearing