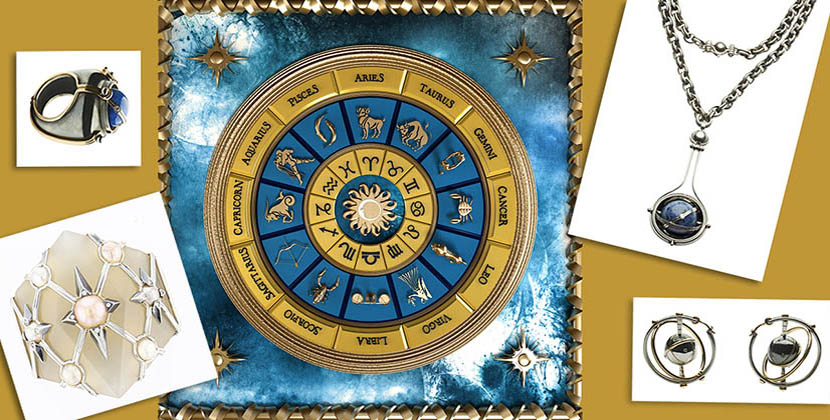 The French designer finds inspiration in the moon, stars and more 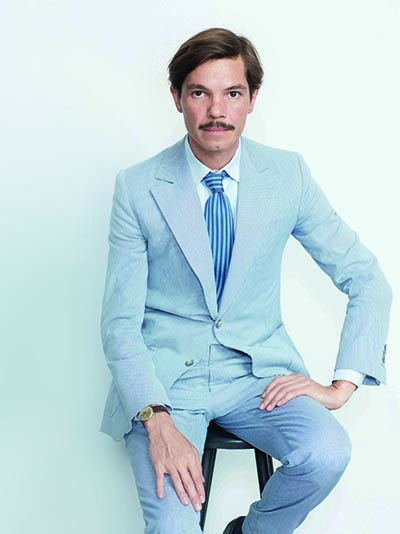 There is a perfect blend of new and old in all Elie Top creates. Just look at the Paris-based designer’s dynamic website. It’s a state of the art fairy tale. His Place Vendôme salon has crisp contemporary colors and old-world details. Elie’s personal style is a blend of dandy from days gone by and hipster chic.

When it comes to his jewelry, a modern fashion mode merges with antique looking mechanical elements in magnificent and mysterious ways. The visionary designer who launched his collection in 2015, has been largely responsible for the legendary jewelry at Lanvin since the dawn of the twenty-first century, but really his artistic journey began much earlier.

Elie confesses, “I started sketching since I could hold a pen.” His family fed his imagination with books about Venice, Siena and Florence. “I got totally mad about the books.” When he was nine, his aunt took him to Italy where everything that he read about sprang up before his eyes. “It was so beautiful; it was an important discovery for me.”

Elie’s love for architecture, decoration and three-dimensionality deepened with travels to Paris and Germany. Industrial landscapes, Gothic structures, Baroque architecture began to influence his sketches. He then moved on to fashion silhouettes. “My aunt was very much into clothes; very dressed. It was through her that I discovered fashion magazines,” says Elie, who went on to study fashion in Paris.

As soon as he graduated, haute couture houses beckoned and his professional journey began at Yves Saint Laurent. “I was super young; maybe 19 or 20! They thought I was a good sketcher and decided to keep me.” When Alber Elbaz arrived at YSL, the houses celebrated muse, Loulou de la Falaise, was convinced it would be a good opportunity for Elie to join the new team. “Alber didn’t really know what to do with me—I was young, very new. So, he asked me to work on jewelry.” 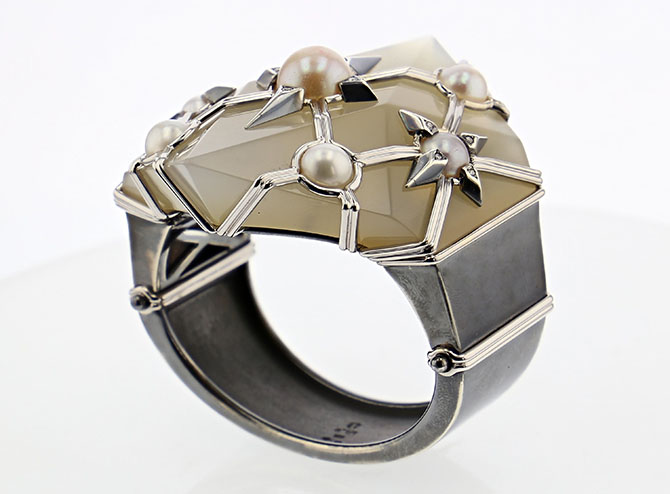 Influenced by the works of innovators of the 1920s and 30s, Jean Desprez, Raymond Templier, Fouquet, Suzanne Belperron and René Boivin, Elie devoted himself to the learning curve—technique. He created new collections and new pieces with a story. When Elbaz went to work for Lanvin, Elie moved with him. Together, they did some “pretty crazy pieces.” There were supersized fly pendants, exaggerated mechanical style pendants and bold bib necklaces. Elbaz progressively gave him more freedom and an imaginative Elie came up with ever-bolder jewelry.

In 2015, Elie decided to launch his own label. “Now, I am always building something like in architecture.” Each design an expression of meticulousness—the layered elements with hidden secrets, caches and flickable central motifs are completely fascinating. “I’m attracted by the aesthetics of astrology and the galaxy,” he says. 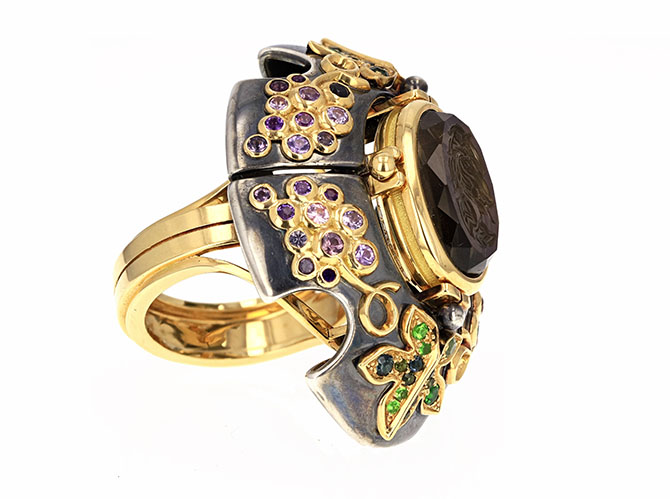 Elie’s jewelry leans towards Gothic and decorative architecture, often drawing upon antique astronomical clocks and scientific instruments. Some of his rings, bracelets and pendants have stones encased in spinning cages that allow for free movement of the central stone. The articulated frameworks, explains Elie, has a system that in itself is very simple, but highly precise. He sketches the jewelry designs, making it every bit three-dimensional. “What you see is exactly what I sketch.” With 3-D technology, you can experiment with the design in a smarter way, define the volume and balance better, he observes.

A long chain from Elie Top’s Mécaniques Célestes collection. The balls on the stations of the chain spin to reveal a pearl on the interior. Photo courtesy

Elie’s take on old-world fantasy and romanticism for his Desdemone collection is an interesting perspective of materials—wood, metal and gems.  His capsule collection, Sirius, showcases a pivoting minimalist metal shell encasing a hidden jewel similar to an armillary sphere. With his newest Cosmogonie Secrète, Elie references zodiac signs as well as the symbols for the elements—air, earth, water and fire. It is his way of creating “a more intimate relationship with jewels and the wearer.” Signet rings, earrings, pendants and necklaces with rotating centerpieces mirror Elie’s immense flair for precision. 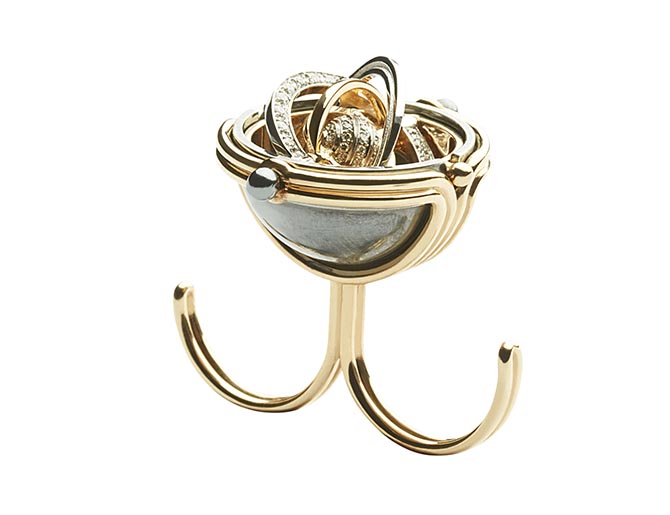 The between the finger ring from Elie Top’s Mécaniques Célestes shown open. The interior was inspired by an armillary sphere. Photo courtesy

Working on his next collection to be launched in 2018 alongside private orders, Elie is brilliantly spearheading a unique, intimate perception of jewelry. There is no doubt what he does next will beautifully pay homage to the past while steadily looking to the future.

A Peek at the Belperron Boutique in New York City

The Jewelry at Symbolic & Chase Is Museum Quality