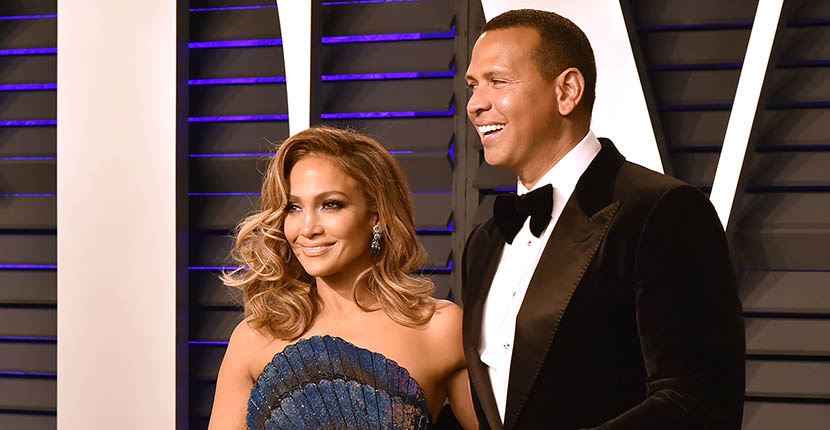 After two years of dating, Alex Rodriguez proposed to Jennifer Lopez with a giant emerald-cut diamond ring. Unlike so many rushed celebrity romances, the engagement was not exactly a surprise. By Hollywood standards, the couple’s relationship has evolved at a comparatively normal pace. They have seemed like soulmates from the moment they got together. And the epic emerald-cut diamond engagement ring is completely in sync with the couple’s glam style.

Now, of course, there are several questions enquiring minds want to know about the ring J. Lo and A. Rod both shared on their individual Instagram accounts the evening of Saturday, March 9, 2019. 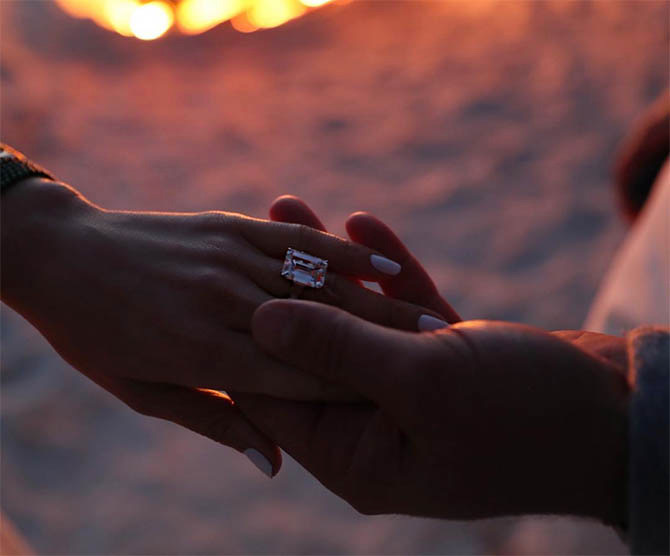 How much did it cost? People have guessed the jewel is in the $1-million ballpark. It absolutely could be up there. It also might be less. For comparison, Barbara Sinatra’s 20-carat emerald-cut engagement ring was virtually a perfect stone—a D-color, VVS1 Type IIa. It sold for $1,695,000 at Sotheby’s on December 4, 2018.

Who made the engagement ring? In the recent past celebrities revealed the designer of their rings. Today, they don’t do so as often. For example, Lady Gaga shared with the world that her engagement ring from Taylor Kinney was by Lorraine Schwartz. She never said publicly who made her most recent pink sapphire engagement ring. Why don’t celebrity couples want to share the designer of their ring? I think it is because they don’t want the attention to shift from their love to their favorite jewelry designer with the intense scrutiny that goes hand-in-hand with a modern celebrity engagement.

The design of the ring doesn’t reveal much about who made it. There are tapered baguettes flanking the center stone very, much in the mode of Grace Kelly’s engagement ring. The design is a white metal and is most likely platinum, the metal of choice for major engagement rings because it is durable and strong.

The only extra detail in the Instagram shot is the tagging of Ellen DeGeneres. The comedian had brought up the concept of the couple’s marriage a few times on the show. Even presenting Jennifer a clock to give Alex, suggesting he “Put a ring on it.”

Update: It is widely believed A. Rod acquired the ring from the Miami based Vivid Diamonds & Jewelry.

What Did Alfred Hitchcock Have To Do With Grace Kelly’s Engagement Ring?