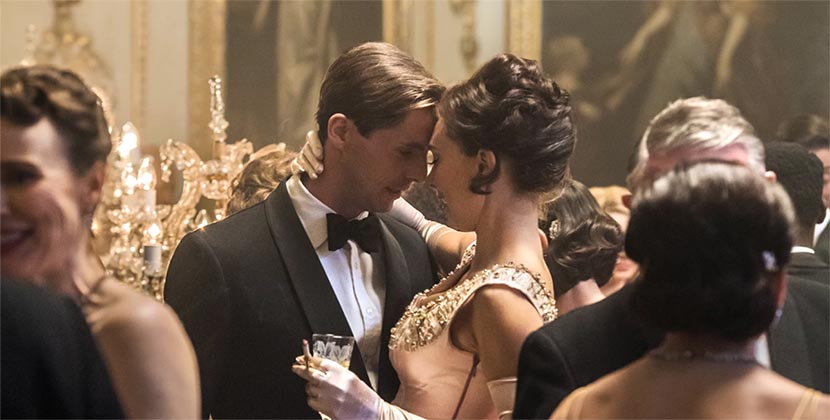 And that proposal scene in ‘The Crown’

I am just going to say it, that engagement scene in The Crown was a bit much. You know the part in Season 2 Episode 7, titled ‘Matrimonium,’ when the photographer Antony Armstrong-Jones proposes to Princess Margaret? Well, if you haven’t seen it yet stop reading. Spoilers are coming now.

Princess Margaret (Vanessa Kirby) the moment before she receives an engagement ring from Antony Armstrong-Jones in  ‘The Crown.’ Photo Netflix

I realize the relationship was electric, or should I say sexually charged? Anyway, that moment after the roll in the hay at his studio when the shirtless Antony gives Margaret, who is draped in a silk robe, a big box containing one box after another, going on down to a small ring box, felt absolutely preposterous. Usually, I think The Crown’s brilliant creators spice-up and condense history for dramatic effect flawlessly. This just felt off.

The part they got right in the scene—thank goodness—was the engagement ring. The prop in the program looks like Margaret’s real ruby and diamond ring. Perhaps it was a touch bigger than her actual jewel, but overall it was accurate.

Like so many royal grooms, including Prince Philip and Prince Harry, Armstrong-Jones “designed” the piece for his bride. He chose a ruby center stone to reflect Margaret’s middle name, Rose. Because Tony wanted the jewel to look like a flower, the circle of diamonds around the ruby are supposed to represent petals. Cute. 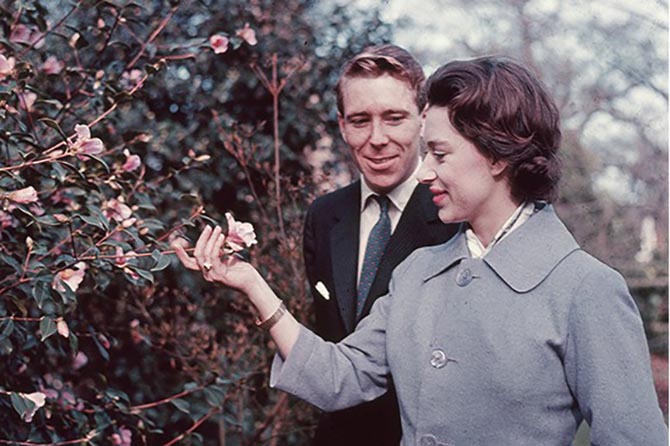 The real Princess Margaret and Antony Armstrong-Jones in the grounds of Royal Lodge on the day they officially announced their engagement February 27, 1960 Photo by Hulton Archive/Getty Images

According to Snowdon’s biographer Anne de Courcy, the ring came from the esteemed English jeweler S. J. Philips and cost around £250 in 1960. The carat weight of the center stone has never been revealed, but it was modest.

The ring was not sold with Princess Margaret’s estate at Christie’s on June 13, 2006. It is probably in the possession of one of Margaret’s children. Perhaps whoever has the jewel knows the real story of how Antony proposed. If so I wish they would speak up right about now. Inquiring minds are obsessed with Margaret.