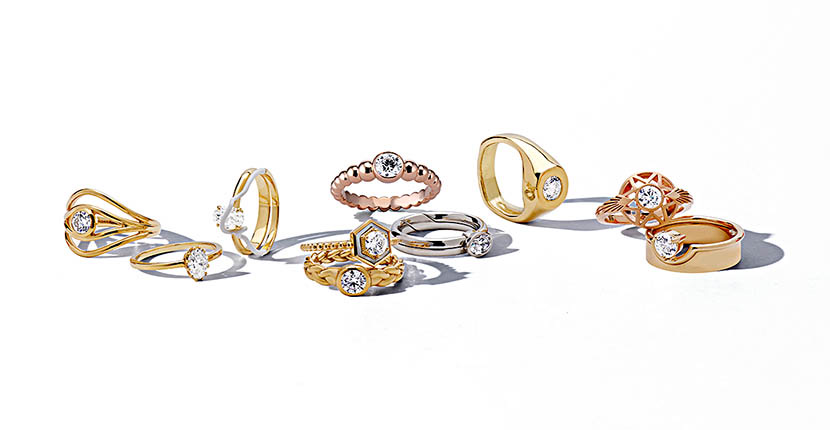 January 18, 2021—There has been a lot of hype in advance of today’s release of the Ten/Ten limited-edition diamond engagement rings. The New York Times wrote about it. We covered it on The Adventurine and so did many other media outlets. The main reasons for the excitement around the capsule collection are the dynamic designers, the diamonds from Botswana, the relatively reasonable prices ranging from $3,000 to $4,500 and the easy access to the collection online at Blue Nile. But I have gotten ahead of myself. Let’s get into the details.

The variety of styles in Ten/Ten stand out as something special for an engagement ring collection. Each one has unique details and the spirit of individuality. What exactly do I mean? Well, most engagement rings are created within traditional parameters such as prong-set solitaires, three-stone rings or halo settings. These rings are different. 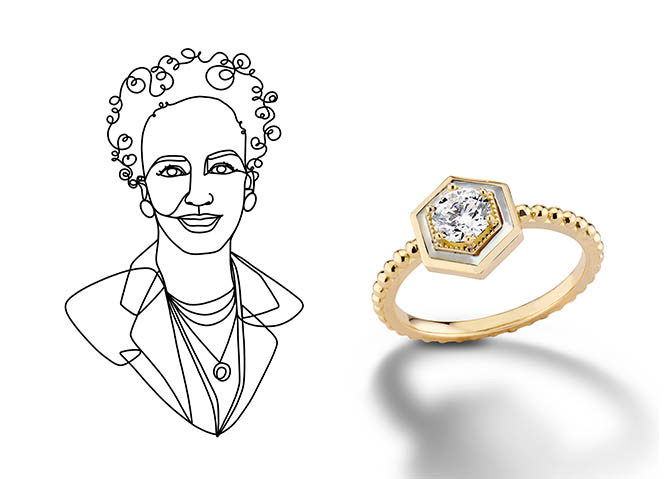 The Ten/Ten rings are akin to a woman’s personal sense of style. In the group there are jewels that would be perfect for a bohemian bride, a minimalist or an iconoclast. There are also vintage inspired jewels and designs for the artistically inclined. 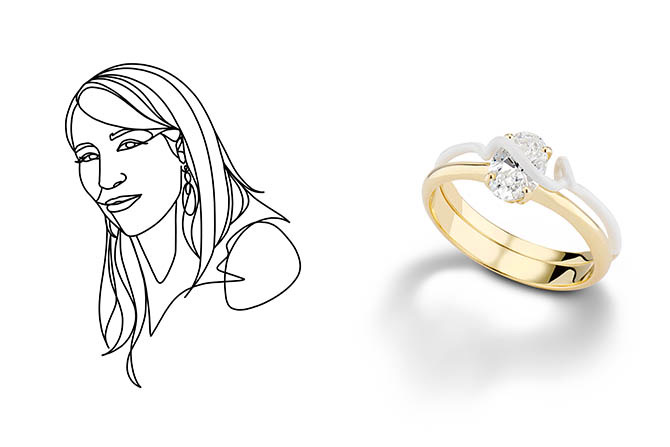 An illustration of designer Bea Bongiasca and the designer’s Ten/Ten You’re So Mine engagement ring composed of 18k yellow gold, a white diamond and enamel. Photo courtesy, illustration Lauren Rust

There are beautiful backstories behind the details for each of these jewels. Italian sensation Bea Bongiasca, for example, whose designs are perpetually worn by Dua Lipa, transformed the signature enamel swirls found throughout her collection into a white enamel curlicue on a ring that acts as a jacket for a simple oval diamond ring. The engagement ring, the designer dubbed You’re So Mine, is in fact a set of two rings. “I liked the idea of creating something that could have this duality of a sense of fun and tradition,” explains Bea. 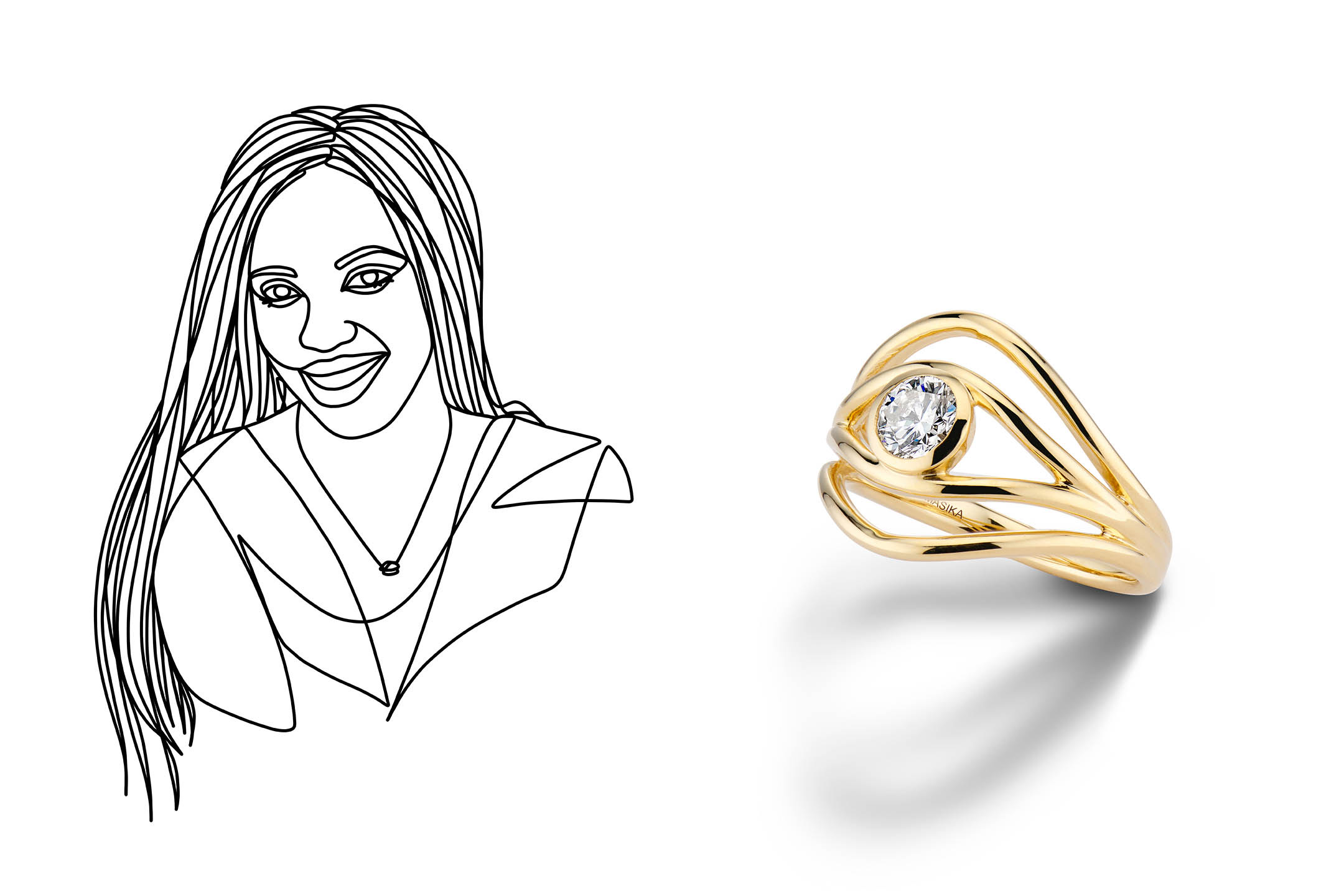 The super talented Catherine Sarr of ALMASIKA, whose jewels have been spotted on Tessa Thompson and Alicia Keys, created a design loaded with symbolism for a couple. “This ring represents a lyrical energy arising from love, and the design itself was inspired by two streams of water flowing and enveloping a rock,” explains Catherine. “The name of the ring, Serene, comes from Latin which means peaceful, calm and clear: a reference to the water that inspired the silhouette and the kind of journey we wish for an engaged couple.” 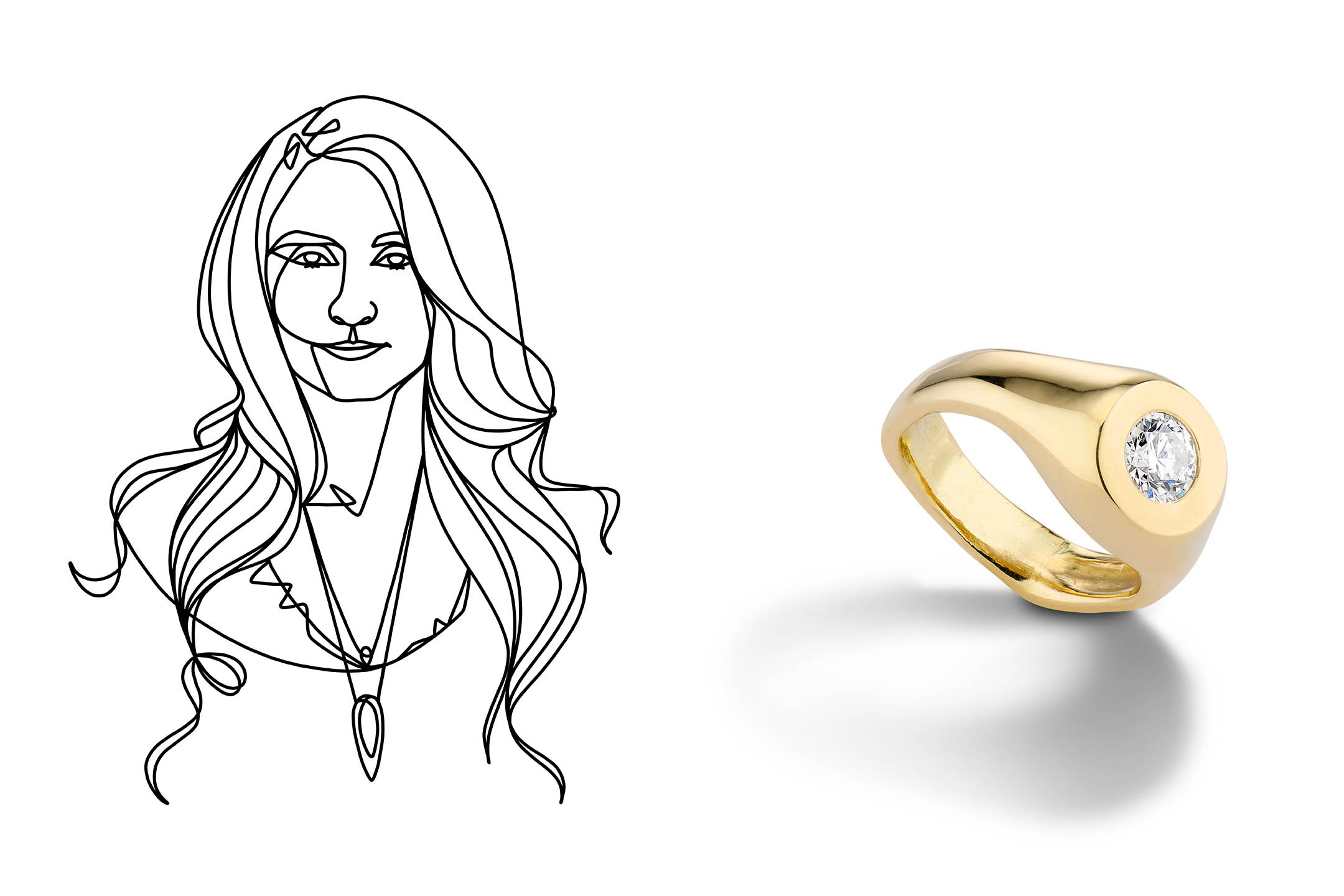 The amazing Aurora Lopez Mejia—who counts Madonna, Brad Pitt and Rihanna among the clients who have ordered custom pieces from her exclusive studio—made a bold commitment ring for Ten/Ten. The design has a circle of gold surrounding the solitaire and a squarish band that follows the natural lines of a finger.

On the exterior of the flat bottom the word “love” is hand engraved in a 19th century style serif font you might find in a book from the period. “It is a personal message the person who wears it will see every time they look at the palm of their hand,” explains Aurora. 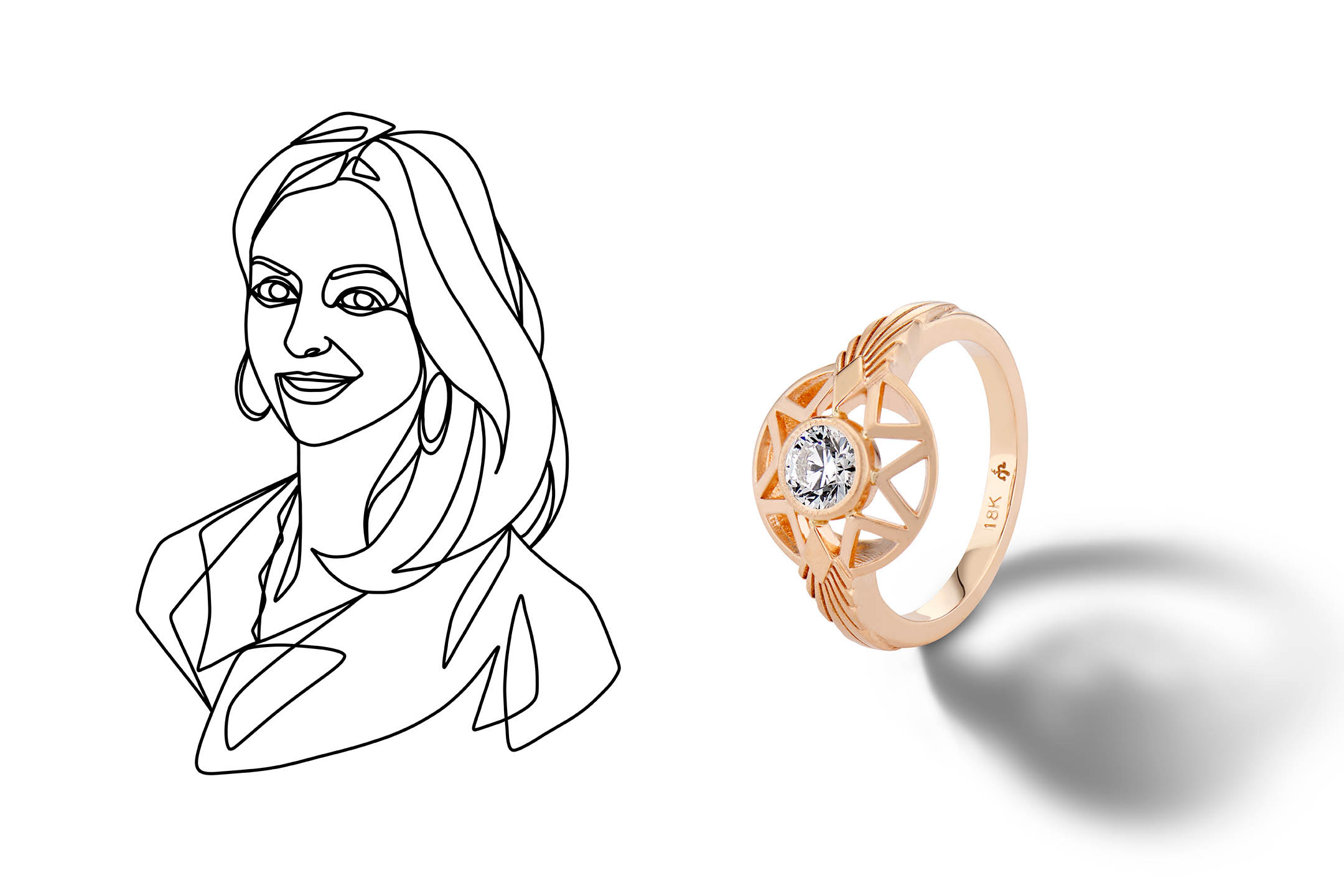 At the center of each Ten/Ten ring is a diamond that is as newsworthy as the designs. The gems, that hover in size just under one carat, come from the mines in Botswana. You may be familiar with the location because that is where the center stone in Meghan Markle’s engagement ring comes from. Or you may have heard of the Botswana mines because they have been a great success story of economic growth for the African nation. The mines are a joint venture between the Botswana government and the De Beers Group.

The gems in the Ten/Ten collection mark the beginning of a new era at the Botswana mines as they work towards establishing a comprehensive system of traceability back to the source. Each of the gems in the collab is microscopically inscribed with a unique serial number and “Botswana Ten/Ten.” 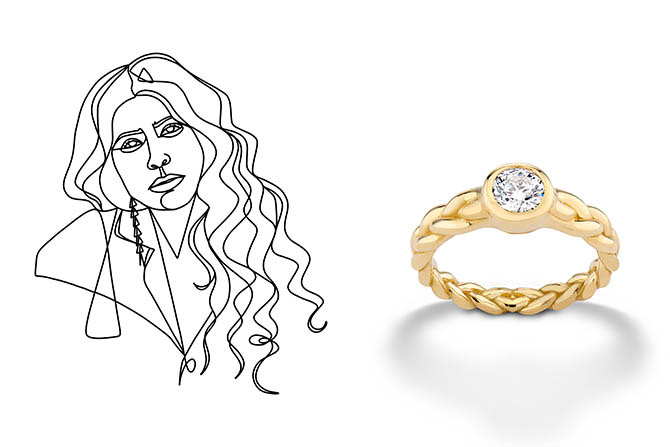 Another element that makes the Ten/Ten collection special is that each design is being made in a limited edition of 10. This kind of exclusivity is usually something that is hard to find. You might imagine it at a rarefied boutique in New York or Los Angeles. But the opposite is true. The collection will be readily available on the Blue Nile website.

As Stephen Lussier, Executive Vice President of Consumer Markets for De Beers Group, explained succinctly, “The partnership with Blue Nile provides the opportunity to reach a broad audience and bring a uniqueness in design at a price point that’s in line with what most consumers expect to spend on this purchase.”

Find out more about the individual designers and their inspirations on the dedicated landing page for Ten/Ten at BlueNile.com.

These Engagement Rings Are A Perfect Ten

Get to Know: Harwell Godfrey