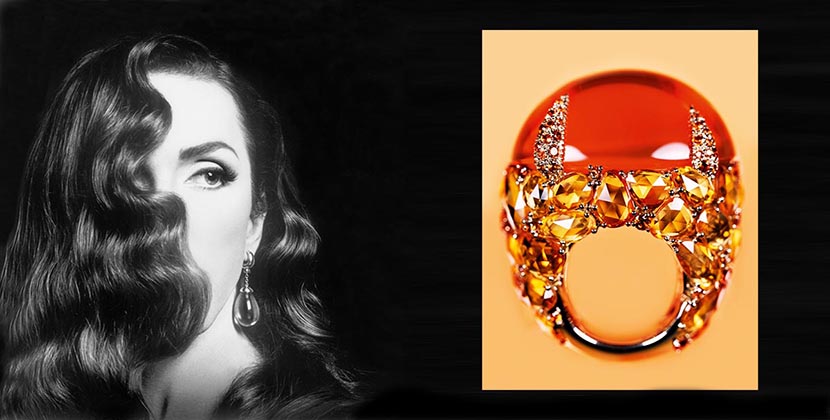 Pomellato ad campaign shot by Lord Snowdon in 1992 and a fire opal and orange sapphire Pom Pom ring from the Italian jeweler Photo courtesy of Rizzoli 'Pomellato: Since 1967' 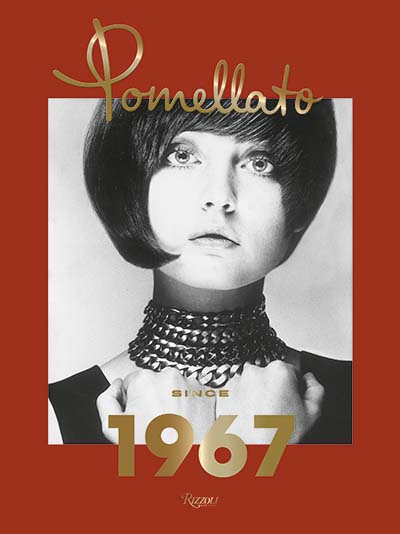 Cover of ‘Pomellato: Since 1967’ published by Rizzoli

You can just tell by looking at Pomellato jewelry, it was created with empowered women in mind. The Italian collection has been all about big, bold, easy-to-wear designs from the start in 1967.

Founder Pino Rabolini, who was the son of a goldsmith, became inspired by the new idea of ready to wear in the early 1960s. He explains in the introduction to the Rizzoli book celebrating Pomellato’s 50th anniversary, “I grew up in an era when the terms of fashion were haute couture—garments for divas and princesses—and the Italian word confezione, clothing for everyone else. Then the term prêt-à-porter, or “ready to wear,” started to circulate and it intrigued me, because it offered insight into a surprising focus on style, quality, and elegance. Pierre Cardin talked about it in a long interview published in Vogue Paris in 1963; I still have that clipping. Because it is the answer to intuitions and observations, gestures and behaviors, that I could see around me and that I wanted to understand and interpret.”

Rabolini was referencing the liberated women who were emerging in his hometown of Milan. “I sensed that dynamic jewelry was ideal for them, things like chains, charms, and gourmette chains,” he explains. “I also understood that design, high-quality execution, and accessibility were fundamental.” 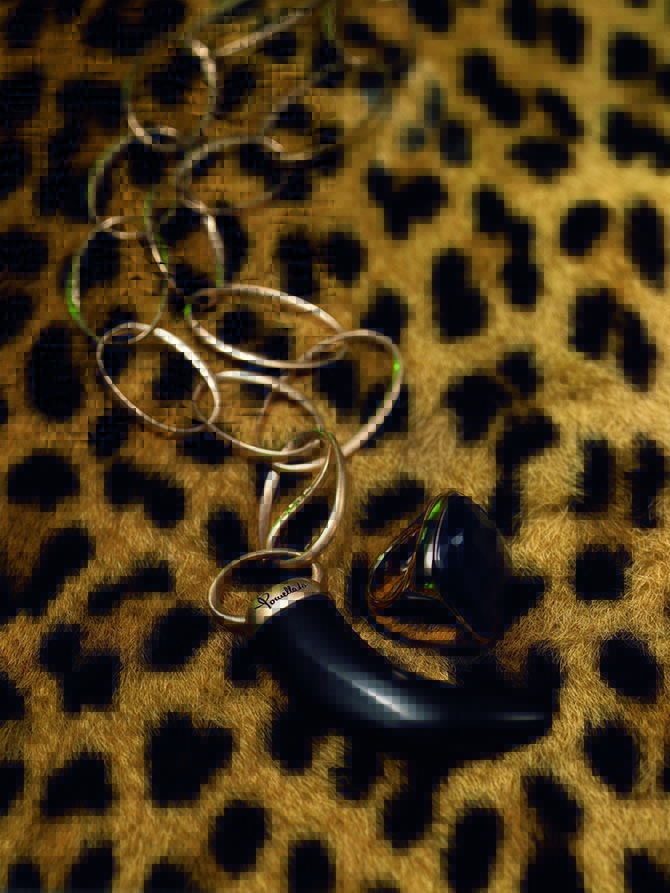 A necklace and ring in jet and gold from Pomellato’s Victoria collection Photo Rizzoli ‘Pomellato: Since 1967’

Pomellato: Since 1967 shows how the collection has remained true to Rabolini’s original vision with the jewels illustrated in the book. It reveals any number of gorgeous chains and statement daytime pieces the Italian firm has made during the last half a century. There are also all the signature colorful rings.

Beyond the jewelry photos, the story of Pomellato is mainly told visually through images from when the collection was young in the 1960s and 1970s. Rare fashion images as well as pictures of Milan from the period put the jewelry in context. So do images of feminist Gloria Steinem and activist boxer Muhammad Ali. 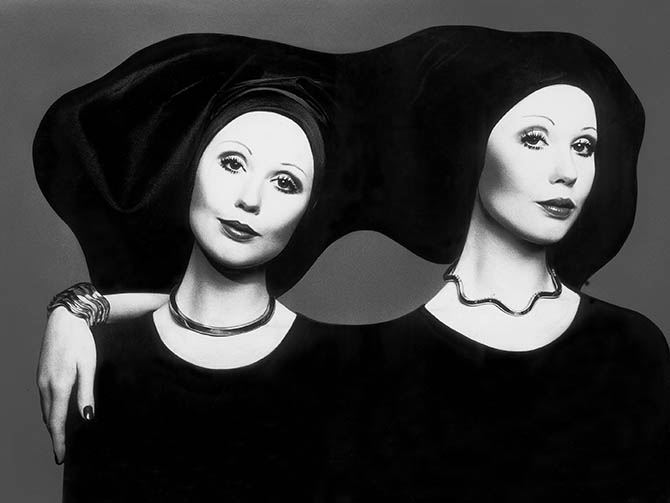 Over the years, Pomellato has collaborated with any number of famous photographers on its dynamic ad campaigns including Helmut Newton, Herb Ritts and Gian Paolo Barbieri. There was even a series by Princess Margaret’s husband Lord Snowdon. These images interspersed throughout the book demonstrate how creatively the brand has presented its jewels. 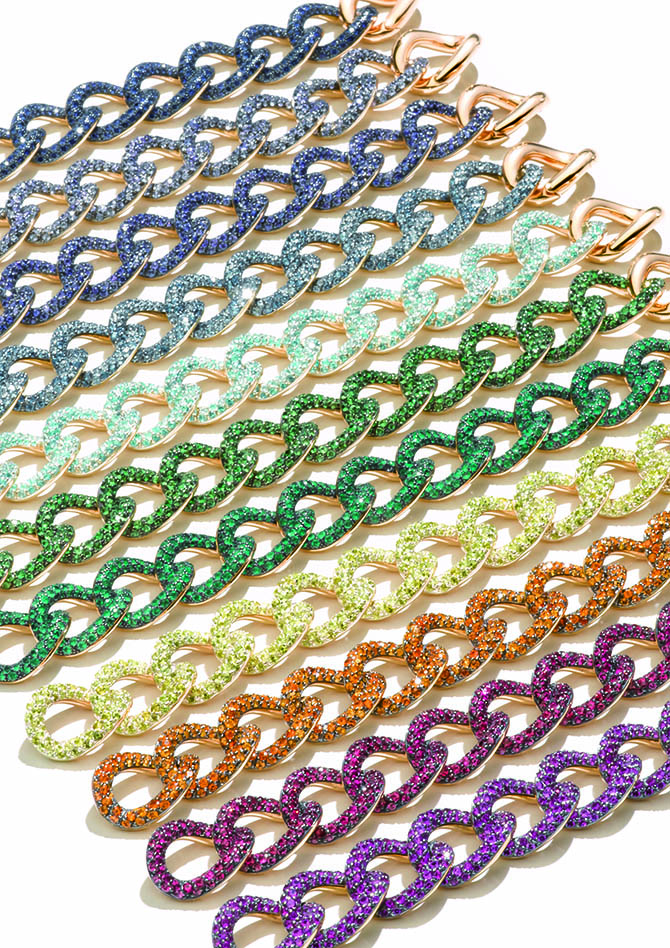 The Tango collection bracelet set with a a variety of coloful gems. Photo Rizzoli ‘Pomellato: Since 1967’

There are two brief essays in the publication. “The Year When Everything Change in Milan,” by Italian fashion journalist Giusi Ferrè, rather poetically reviews the style atmosphere in which Rabolini launched Pomellato.  “The Gentle Revolution of 1967” by Sheila Weller, a journalist who specializes in social history and feminist issues, covers the changing role of women that Rabolini sensed as he started the company. It’s astonishing how relevant the look back feels right now.

Pomellato Rings In Its 50th Anniversary With 50 Jewels