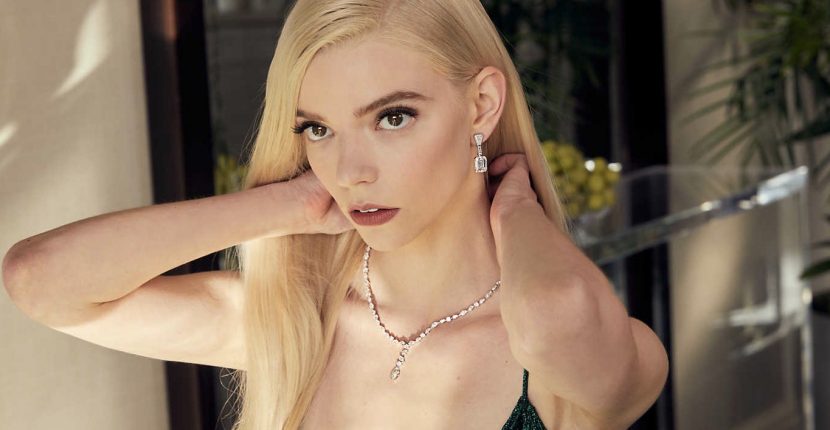 At the Golden Globes, the actress looked glam in couture and Tiffany diamonds

March 2, 2021—I have called more than a few trends in my time, but I have to admit I did not see this festival of serious glamour at the Golden Globes coming. I was hopeful we might have a few uplifting style moments and the sparkle of a handful of great jewels, but it was much more than that.

The Oscar level of formality on the majority of nominees almost made it seem like they had a private Zoom and decided to turn on the old Hollywood razzle dazzle and uplift a covid weary nation.

It’s a formula that worked during the dreariest days of the 1930s Depression. Fred Astaire and Ginger Rogers exemplified the escapist mode dancing through movies in white tie and tails and glorious gowns. 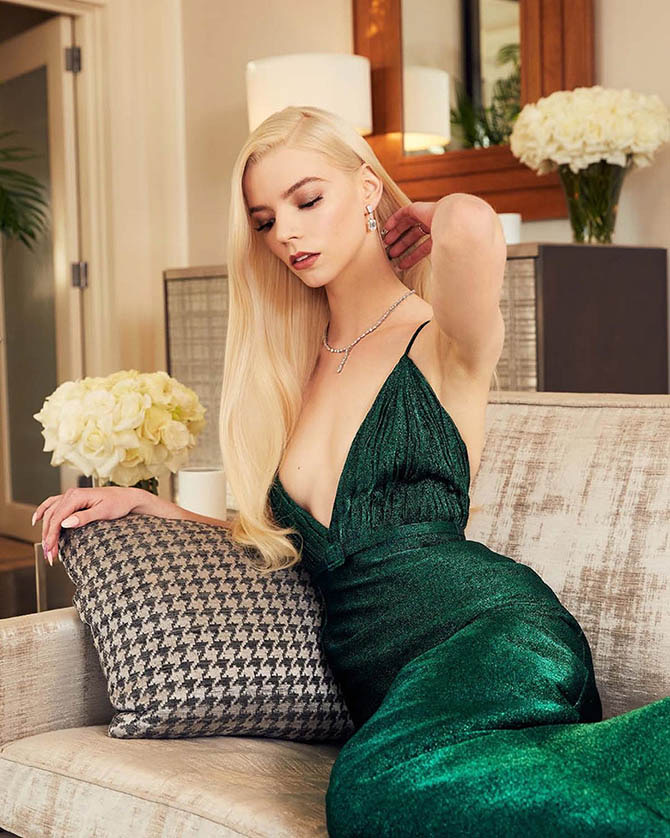 Anya Taylor-Joy in the Tiffany diamonds and Dior gown she wore for the Golden Globes broadcast. Photo via Instagram @tiffanyandco

And it clearly worked at the Globes on Sunday night. I have lost track of how many fashion critics did a complete 180-degree turn on their red-carpet cynicisms from the before times to pure joy about everything from the traditional strapless gowns to the more adventurous looks.

Anya Taylor-Joy was at the top of almost everyone’s Best Dressed list. There was also unanimous consent that her classic Tiffany diamond jewels were perfection.

The actress had very good reason to get dressed up in a celebratory way. She was a double Best Actress nominee for her roles in the film Emma and the wildly popular Netflix series The Queen’s Gambit for which she won the prize. Considering it was the first time she attended the event it was quite an achievement. 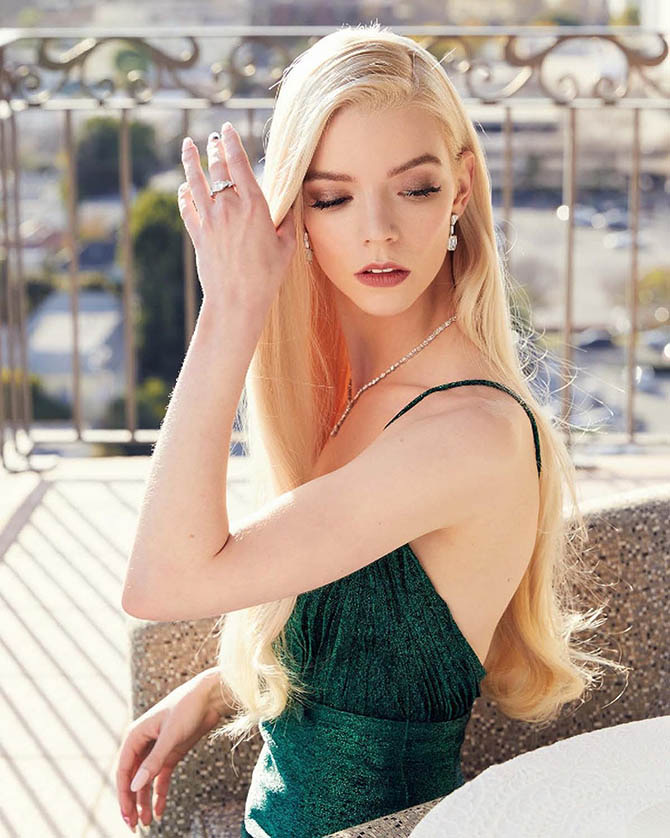 Anya Taylor-Joy in the Tiffany diamonds and Dior gown she wore for the Golden Globes broadcast. Photo via Instagram @tiffanyandco

Working with her stylist Law Roach, Anya went full bombshell in a way that reminded some of the silver screen star Veronica Lake. Her Lurex gown and cape were custom couture made by Dior creative director Maria Grazia Chiuri.

What stood out most to me in the styling of the Tiffany jewels was the fact that Law and Anya chose to combine a substantial earring and a necklace. The pieces did not match exactly like a traditional suite, but they were coordinated. The suite style is something that was beloved by Hollywood legends like Elizabeth Taylor. For decades, however, stylists and stars have veered away from it fearing perhaps that it wasn’t modern or could be too much. Clearly, they were wrong.

Get the specifics on each of the jewels the star wore below and see them in action in the video. 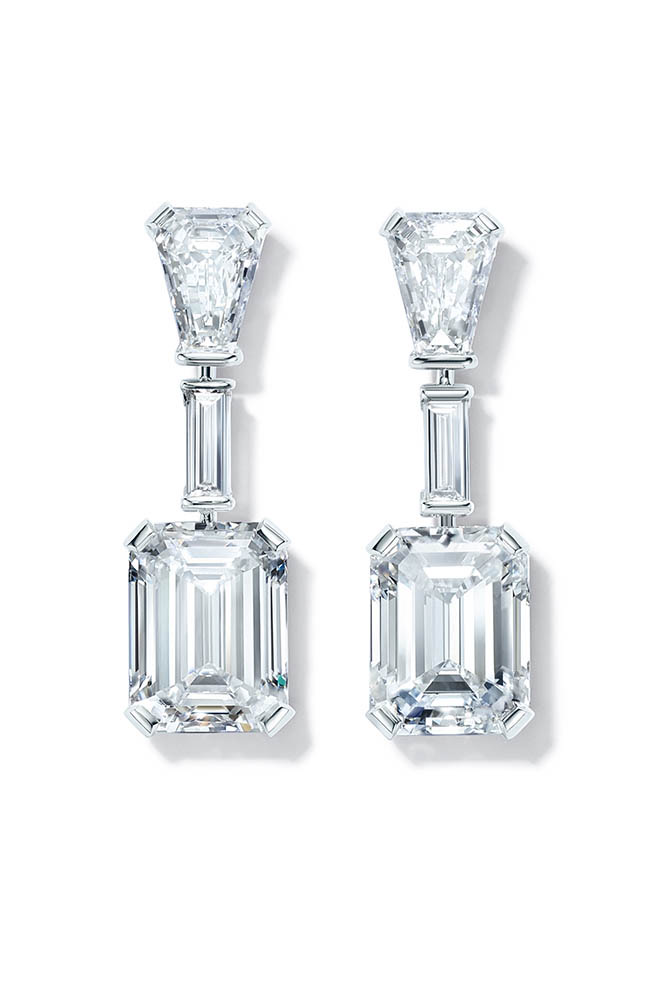 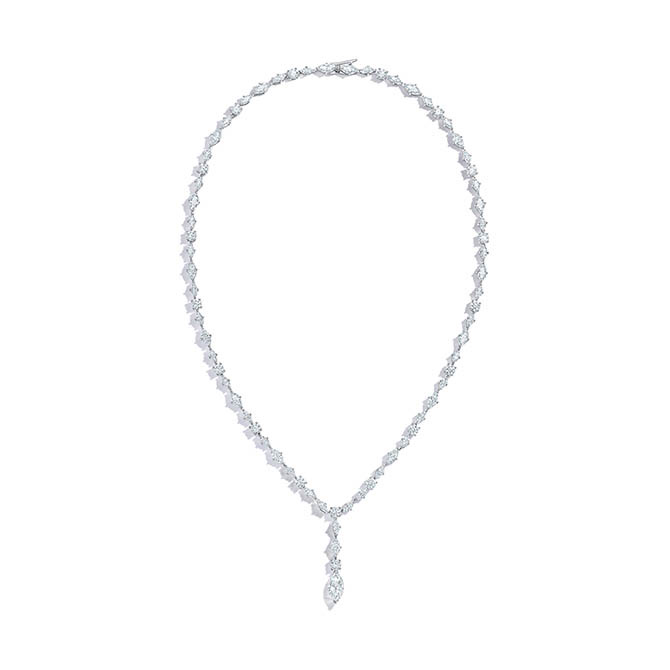 The $195,000 necklace worn by the Best Actress winner is set with 120 round and marquise shape diamonds in platinum. The piece is part of Tiffany’s 2020 Extraordinary Collection. 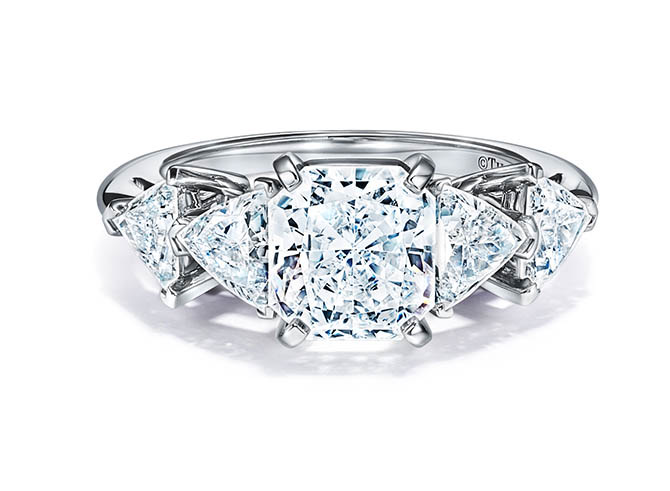 The Tiffany $130,000 ring worn by the actress is set with several fancy cut diamonds in platinum.

When Jewelry at the Globes Was Kind of Chill