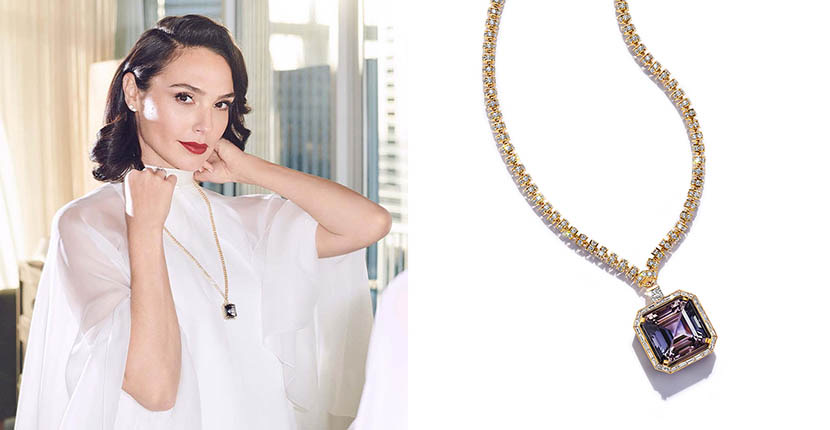 What Was That Gem Gal Gadot Wore at The Globes?

March 4, 2021—The radiant Gal Gadot, who is pregnant with her third child, strolled on to the Golden Globes stage on Sunday in a white-hot Givenchy minidress and a cool 29-inch-long gold and diamond Tiffany necklace lit up with a 48-carat bi-color zoisite pendant.

What is a bi-color zoisite you ask?

According to Gem: The Definitive Visual Guide, “The mineral name ‘zoisite’ may not be particularly well known, but its gemstone variety, tanzanite, is popular among collectors.”

This is the link to why Tiffany would be using zoisite. The gemstone from the mineral, tanzanite, is closely linked to Tiffany’s history. Let me to explain. 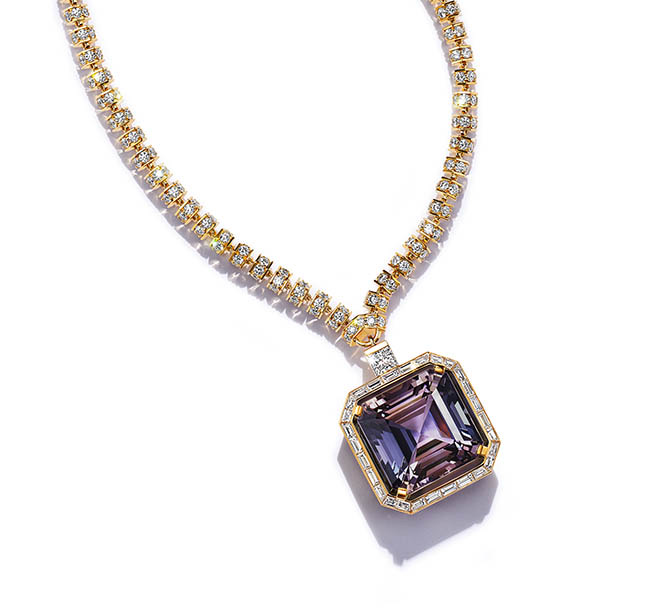 Detail of the 48-carat bi-color zoisite pendant in the gold and diamond rondelle necklace worn by Gal Gadot at the Golden Globes. Photo courtesy

In 1967, shortly after tanzanite was discovered in a small mining area in Tanzania near Mount Kilimanjaro, specimens were shown to Tiffany’s vice president Henry B. Platt, the great-great-grandson of the firm’s founder Charles Lewis Tiffany. Platt saw the potential in the blue-violet variety of the mineral zoisite. He named it tanzanite and started buying the best examples. 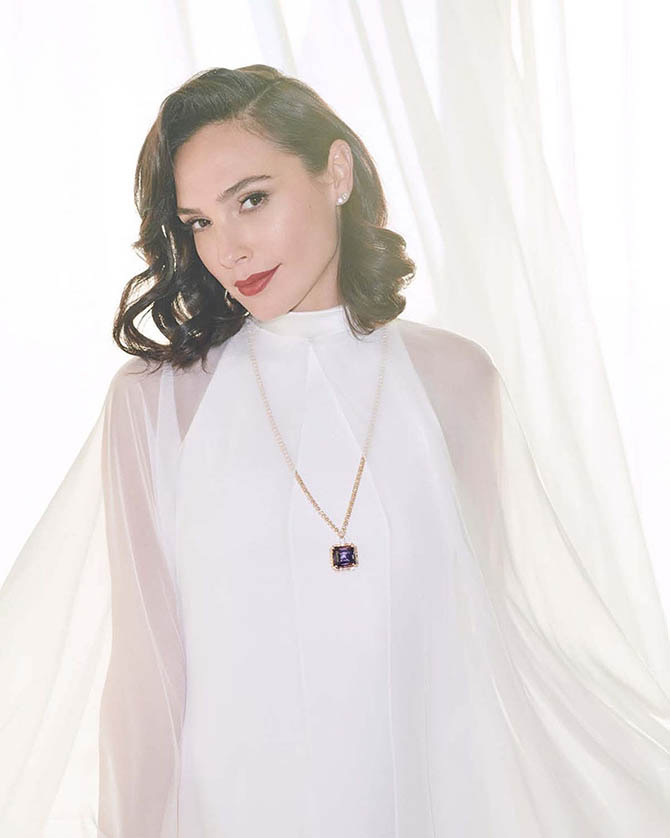 The gem Gal wore is a very special example of the zoisite mineral that tanzanite comes from.

Tiffany’s description says, “This bi-color zoisite displays two distinct hues depending on the angle in which it is viewed. In one direction, the gemstone appears violetish-blue, and in another direction the gemstone displays a strongly purplish-red hue.”

Obviously, it’s not easy to see these subtleties in still photos, but in person you can see the special gemological powers. All of it feels so apropos after minerals played such an important role in Wonder Woman 1984 when a fictional mineral dubbed the citrine Dreamstone moves the plot forward. The bi-color zoisite exhibits the real life kind of magic gems have that inspire fantastical stories.

More Jewels and Details at the 2021 Golden Globes