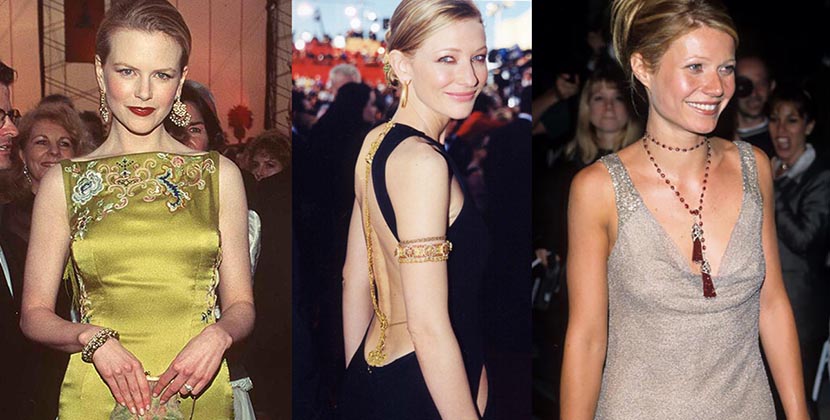 There once was a time, not so very long ago, when the Oscar red carpet began to transform from the jewelry minimalism of the early 1990s into the over-the-top treasures we expect to see on stars today. During that Y2K period, many who wanted something a little bit different for the big event found it with Los Angeles based jewelry designers. And when I say “many,” I mean the stars themselves. Oh sure, they had stylists at the time, but most stylish stars, then as now, were super hands-on in creating their own looks and had relationships with their favorites. What’s fun about looking back is seeing how very individual the jewelry was at the time. 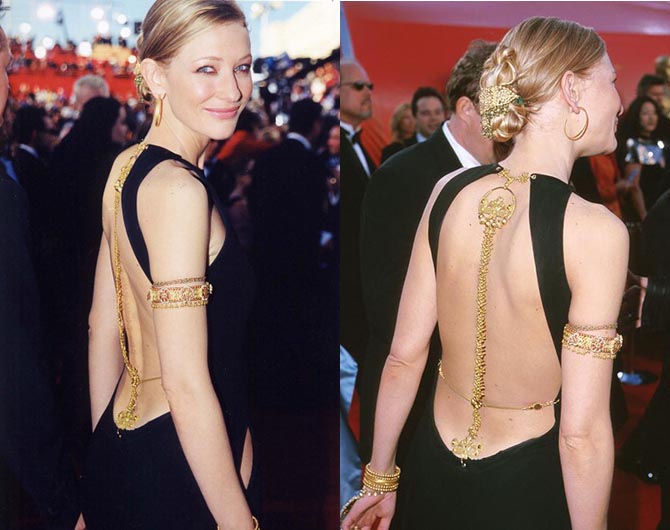 Over the years, Cate Blanchett has delivered as many memorable red-carpet moments as she has astonishing performances. Without question her most creative happened in 2000 at the Oscars. She was covered in antique Indian gold jewelry: hand pieces, hair ornaments, armbands and some modern hoops. All of it came from Los Angeles based jewelry designer Cynthia Bach’s collection. “We put this look together in an hour,” remembers the designer. “Cate was gutsy—she went for it in a big way.” 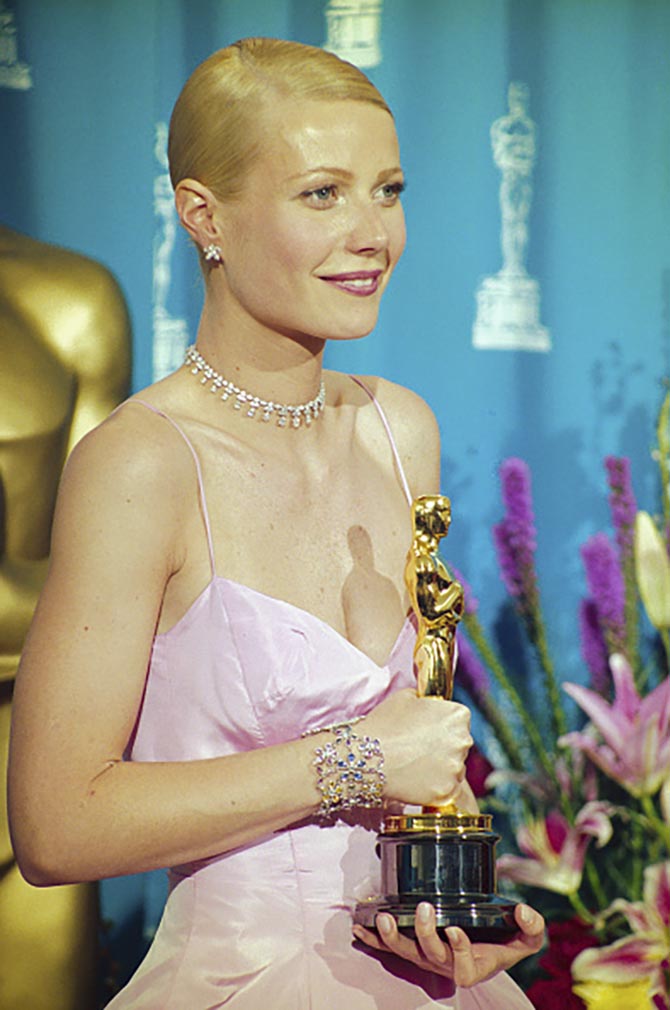 When Gwyneth Paltrow won the Best Actress Oscar in 1998 for her performance in Shakespeare in Love, she wore a pink Ralph Lauren dress and Harry Winston earrings and a necklace. The diamond jewels received a lot of press at the time because the star’s father bought her the necklace as a memento of her win. Her jewel that flew rather under the radar was a gorgeous bracelet from the Los Angeles based jewelry designer Cathy Waterman. 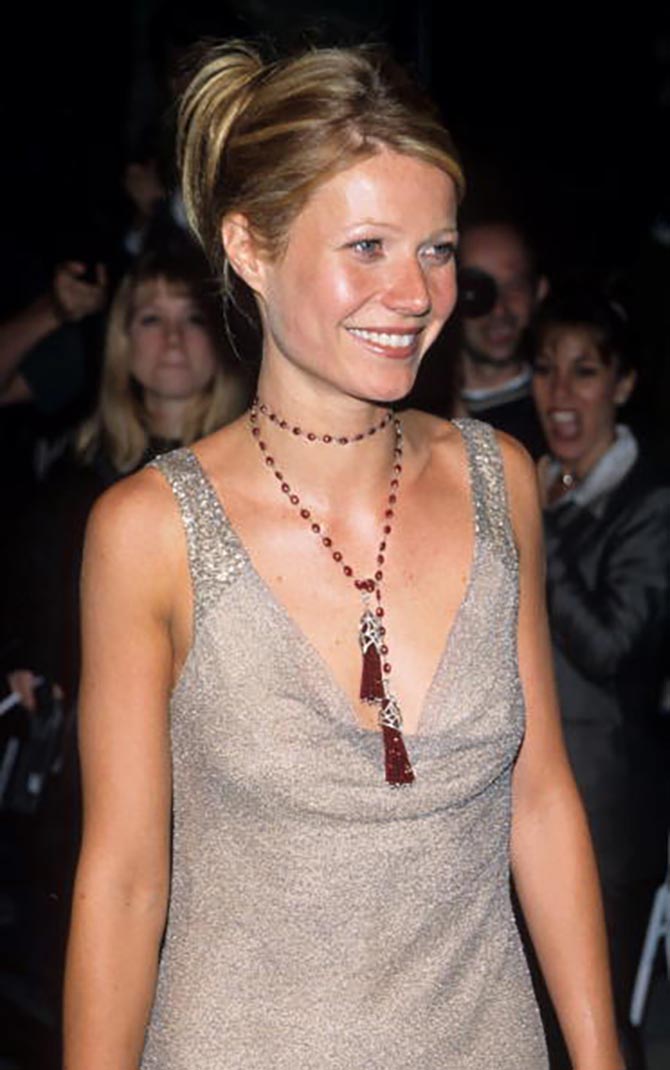 When Paltrow attended the 2000 Academy Awards in a sparkling Calvin Klein number she went back to Cathy for the perfect jewel, a ruby, diamond and platinum lariat. “I design two collections a year; not in the spring and the fall, but one around my birthday and the other around the Oscars,” the jewelry designer told me at the time. “Gwyneth made a beeline right to this Oscar collection necklace.” 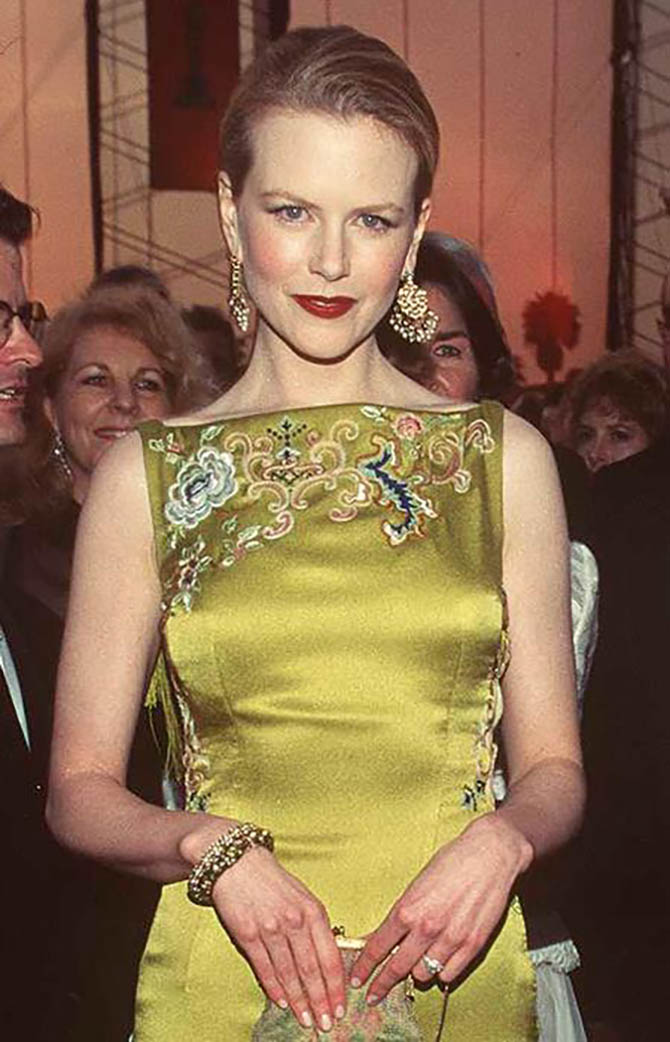 It was a watershed moment when Nicole Kidman appeared at the Oscars in 1997. Her entire look was just far more stylish than most ensembles that were making news before that moment. Kidman raised the style bar in the chartreuse gown by Dior with pendant earrings from Los Angeles based jeweler Martin Katz. She ignited a trend for chandelier earrings that burned brightly for years. 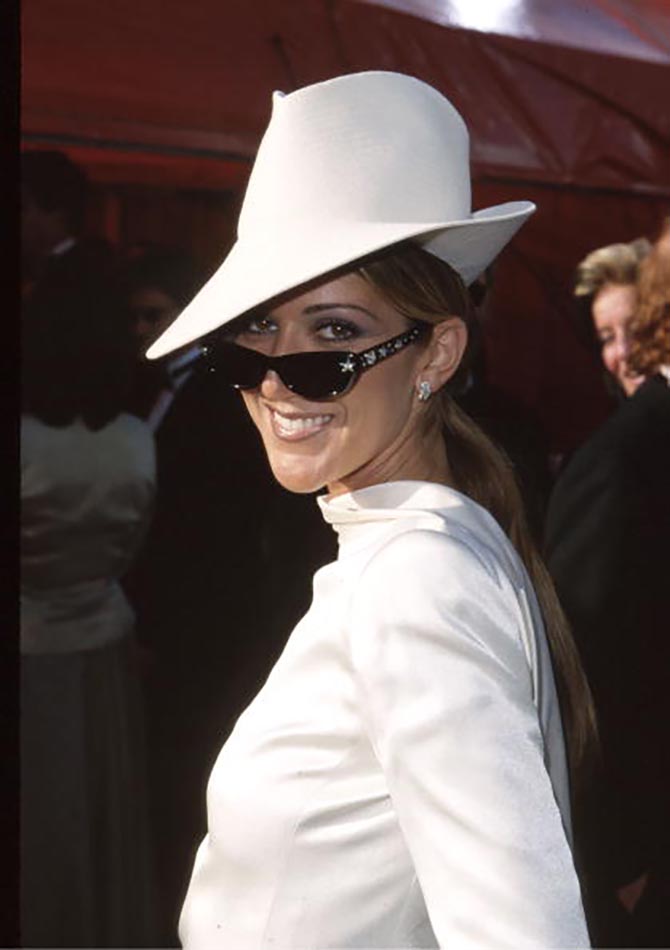 Celine Dion has been a fashion risk-taker for eons. In 1999, she put on a white Dior pantsuit and hat for the Oscars and added her own twist to the style wearing the jacket backwards. For her jewelry, well, actually it was more of an accessory, she went to Martin Katz. “When Celine saw the sunglasses I bejeweled in a collaboration with Ray-Ban, she wanted to wear them on the red carpet,” Katz said of this memorable moment. 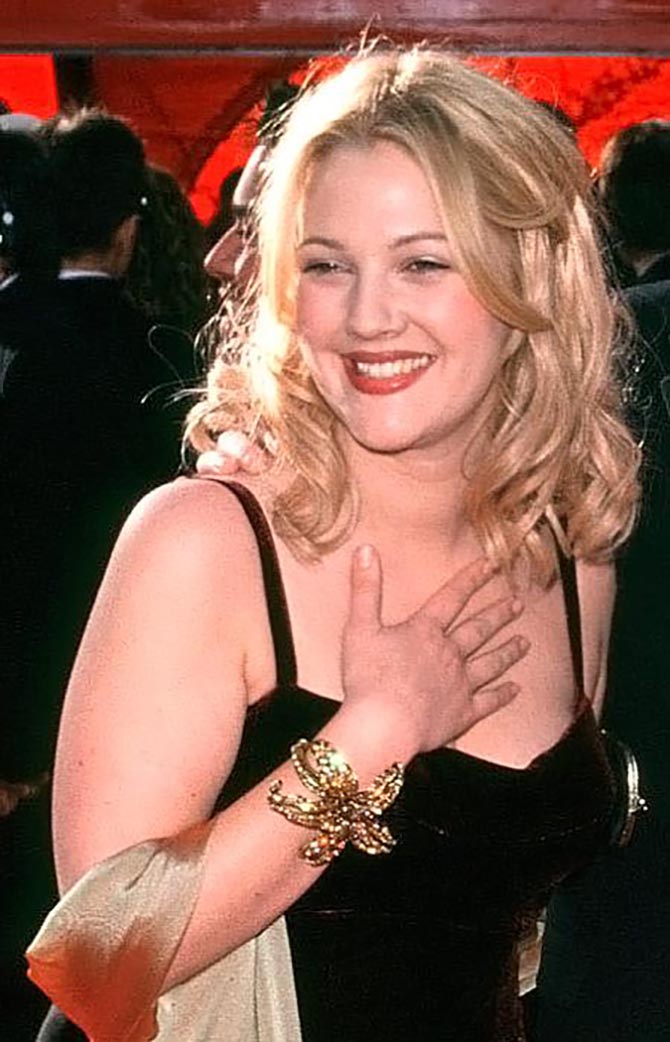 The Austrian-crystal and gold-plated orchid bracelet Drew Barrymore wore to the Oscars in 1999 was not designed by a Los Angeles based designer. It was created by Iradj Moini but the star found it at the Los Angeles boutique Domont that has since closed. “Drew collects things with butterflies and flowers,” the owner Maria Domont told me at the time. So, it was no surprise that she fell in love with and bought the orchid bracelet. It was a surprise, however, when she wore it to the Oscars. “I had no idea, but Drew has a strong sense of her own style,” explain the astonished boutique owner. 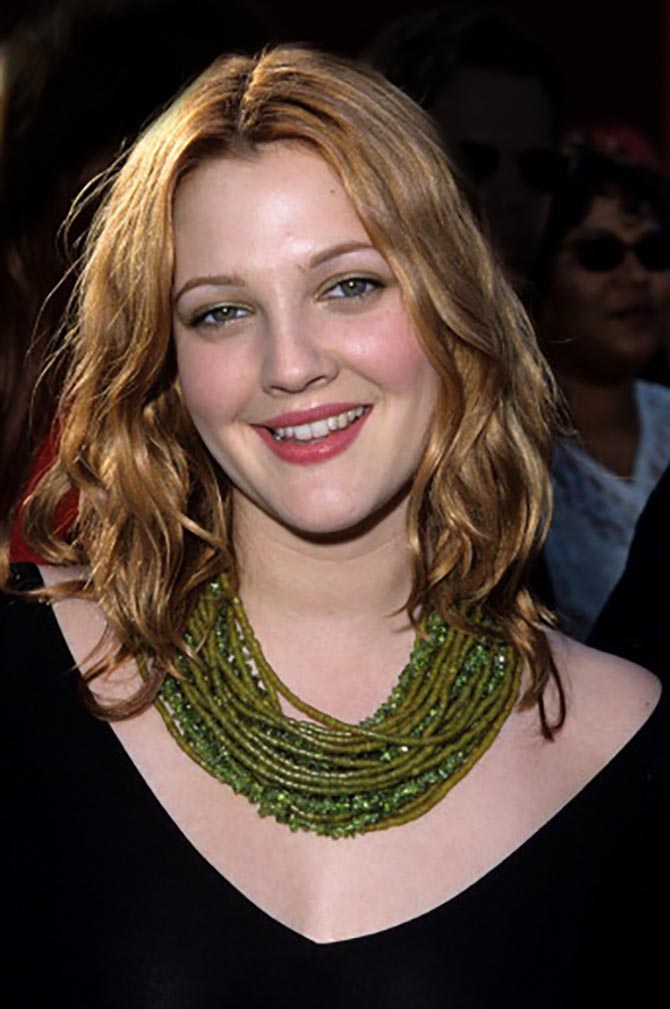 Barrymore showed she proved she was a real fan of statement jewels when she went back to Domont the following year to get a big necklace to wear to the Oscars in 2000.