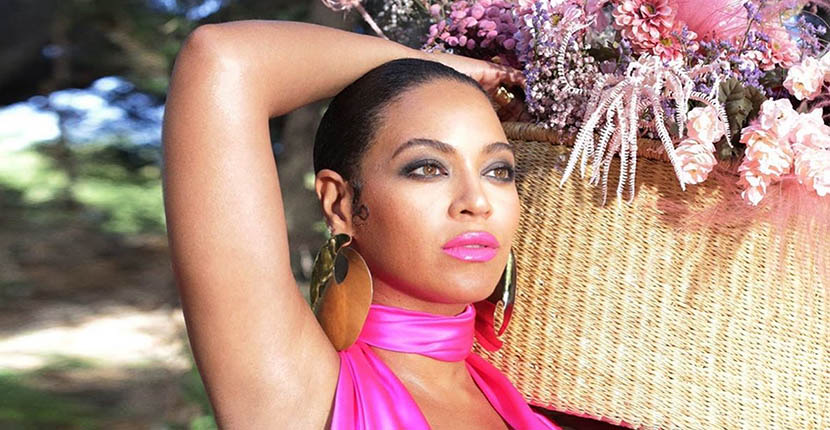 When Beyoncé releases a visual album or does any performance, there is always a message with the music.

The superstar’s 2018 Apeshit video set in the Louvre sent art critics to the history books to explain the allegorical meaning of some of the more obscure works featured. Beyoncé’s paid tribute to the Black Panthers in her Super Bowl performance. She acknowledged Nefertiti among other many things at Coachella.

Black Is King is rich array of references. The hour and half long visual album, released on Disney+ a week ago, was an idea Bey conceived after playing the role of Nala in The Lion King.

Countless think pieces by music critics and cultural historians have been published since the launch. The visual references run the gamut from Eddie Murphy’s 1988 film Coming to America to modern Maasai dancers dressed in purple suits and Jay Z’s hat tip to Richie Tenenbaum. An excellent story breakdown of the links to African textiles, masks and headwraps was written by fashion historian and curator Darnell-Jamal Lisby for Teen Vogue.

Beyoncé sports around 78 different looks in the film. They were put together by her stylist Zerina Akers who is also the brainchild of Black Owned Everything, a directory of Black owned businesses.

We are here, of course, for the jewelry. Following are details on some of the most amazing pieces in the production.

Jewelry designer Lorraine Schwartz has long said Queen Bey is her muse and it is clear why. She can, and has, pulled off the big diamond treasures Lorraine makes with an unrivaled sense of ease. Just think of the 250-carat diamond Lorraine earrings Golden Globes or the $12-million diamond necklace she wore to the 2017 Grammys.

For an uber-glam look in Black is King, Beyoncé sported another mega treasure from Lorraine. The necklace set with approximately 200-carats of diamonds in total features an array of different diamond shapes hanging like fringe. The gems include a 32-carat cushion, a 24-carat pear-shape, a 14-carat Asscher and a 22-carat round.

Zerina Akers cast a wide net to find looks for Black Is King and she infused the production with so much heart and soul. The caption she wrote for the image above describes the styles from the San Francisco based Twiga Gallery of Africa Art. (The hair comb necklace is from Adele Dejak.)

“There’s some moments that need to be illuminated like this Ancient Congolese Mangbetu crown. @twigagallerysf graciously lent us a vast amount of her collection to be used on Beyoncé AND background. The amount of Power this brought to the set was uncomprehending. Also here is her green Moonglass necklace and Ashanti gold pendant. As quite as it’s kept, Twiga Mbunda is responsible for the style of the iconic Iris Apfel.”

I was thrilled to learn these earrings were by the beloved jewelry designer Lorraine West not only because she is a talent who deserves to be in the spotlight with Beyoncé, but also because I was holding out hope to buy a pair. The designer’s silver, brass and copper jewels are affordably priced, usually under a couple hundred dollars.

Well, the designer’s website, which had been sold out of everything when this post initially went live, has been replenished several. And now the Abstract Palette earrings are available for pre-order here. The handcrafted, sightly domed and hammered, high polished brass designs with sterling silver soldered posts cost $195.

In the instant classic “Brown Skin Girl” from Black Is King, Beyoncé wore a stunning pair of earrings from New York City based designer Mona Assemi. The minimalist Persian-American designer delightfully describes herself as “descended from 2,500 years of jewelry addicts.”

Her striking earrings worn by Bey are composed of black resin, onyx and Swarovski crystals. They cost $298 and were still available on the designer’s website at the time of publication.

Some of the most colorful jewels in Black Is King come from Anabela Chan. The jewels in the photo above are the designers Fuchsia Ombre Waterfall earrings. They are composed of various lab grown synthesised and simulated gems set in gold vermeil. In other scenes in the visual album Bey wears the London based designer’s ‘Ruby’ Sunset Starburst earrings and ‘Paraiba’ Chandelier Earrings and ‘Aqua’ Waterfall Earrings.

The identical twin designers, Dynasty and Soull Ogun, behind L’Enchanteur created several eye-catching custom jewels including  The Godhead earrings in the above image for Beyoncé to wear in Black Is King. They made Mouth Garb that is featured in “Already.” Galactica armlets and Butterfly Wing earrings are also seen in the performance of the song. Jay Z wears a custom Sagit GodBody Ring in another number. While these exact jewels cannot be purchased the vibe of the L’Enchanteur style can be captured in pieces sold on their website.

Ariana Boussard-Reifel created the brass Antilles earrings and Noh cuff Bey wears in the image above. The New York City based designer from Montana launched her jewelry collection in 2016. Her sculptural pieces are inspired by jewelry from around the world. Ariana also deals and collects ethnographic jewelry.

I realize you can’t really see the jewelry by Beads Byaree being worn in this image of Rumi Carter, Beyoncé, Blue Ivy and Tina Knowles, but you can in Black Is King. The delightful and talented designer made custom “Mamas Mamas Mamas Quadruple Hoop” earrings for Bey and a custom “Black” choker for Blue Ivy. Discover more about Beads Byaree on the website that is filled with fabulous jewels.

There are lots custom costume creations in Black Is King. This image shows pieces by three designers who responsible for many them. The turban comes from Laurel DeWitt, a self-proclaimed “Metal and Chain Queen.”  The crystal brow was created by Area. And the crystal earrings are by Alessandra Rich.

One of the coolest costume creations, in terms of jewelry history references, is the headpiece in the above image. It was a collaboration between Zerina Akers and Natalia Fedner.

Zerina described the headpiece (seen in detail above) as a tribute to “good old ghetto gold.” She said in her caption for the photo, “Transformed into art what gold earrings have symbolized in our African-American culture over time.”

Last but certainly far from least, Jay Z sported one seriously spectacular necklace for one of his cameos in Black Is King. The megawatt citrine and gold necklace was made by Los Angeles based designer Lisa Eisner.

Beyoncé and Jay Z’s Jewelry In The ‘Apeshit’ Video

Beyoncé’s $12-Million Diamonds At The Grammys

A Look Back At Our Beyoncé Jewelry Stories