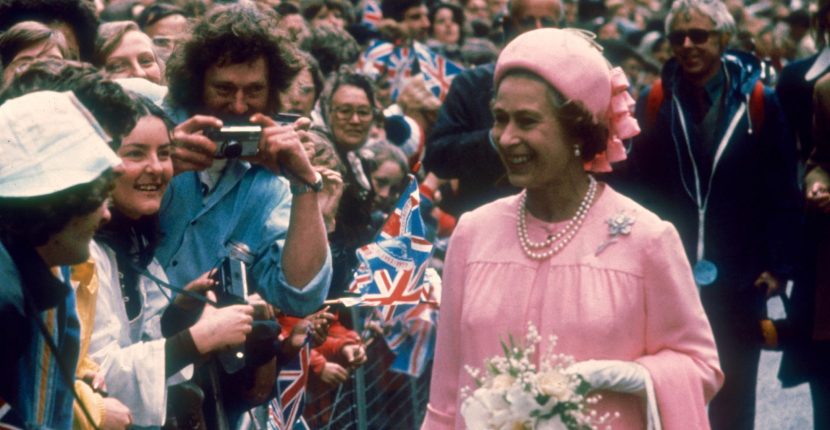 Queen Elizabeth wearing the Williamson Pink Diamond Brooch by Cartier-London during a walkabout on June 7, 1977 that was part of her Silver Jubilee festivities. Photo Getty

The Crown season 3 ends on a jewelry high note. Actually, that’s an overly enthusiastic review. The jewel in the production isn’t historically correct, but it immediately reminded me of what should have been on-screen—one of the most important contemporary pieces in Queen Elizabeth II’s collection.

The jewelry action happens in the final scene when Olivia Colman as Queen Elizabeth II walks through Buckingham Palace, by her family and staff, to a waiting carriage to begin a day of Silver Jubilee events marking the 25th anniversary of her accession to the throne that included the Service of Thanksgiving. It was June 7, 1977. 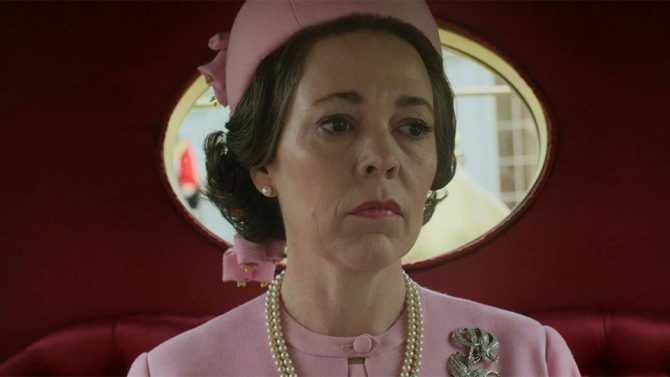 Olivia Colman as Queen Elizabeth wearing a recreation of the monarch’s Flame Lily diamond brooch with pearls in Season 3 of ‘The Crown.’ Photo Netflix

Colman doesn’t speak at all. There are two voice-overs. The first is Princess Margaret (Helena Bonham Carter) explaining to the Queen how she “must not flinch” for the sake of the nation and the monarchy. It is followed by a second voice-over of the poet laureate Sir John Betjeman who recites ‘God Save the Queen.’

The weight of the scene is visually counterbalanced by Colman’s cheerful pink knee-length dress, coat and rounded hat with bell-shaped flowers hanging off the back. It’s a recreation of the ensemble the queen wore in real life on the day dramatized in The Crown. For the jewel, oddly enough, the costume designers did not replicate the exact piece she wore. Instead they chose a costume rendition of her Flame Lily diamond brooch, a jewel she received on her 21st birthday. 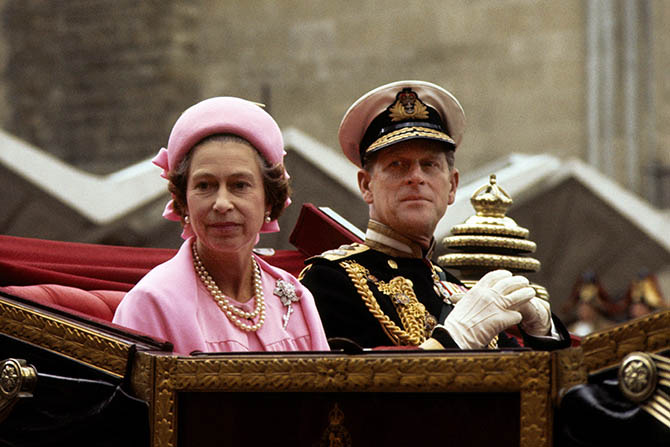 Prince Phillip riding in a carriage with Queen Elizabeth II who is wearing the Williamson Pink Diamond brooch and pearls during a celebration for her Silver Jubilee in 1977. Photo Alamy

Why did they switch the Queen’s jewel? I do not know. It’s odd considering the piece she did wear is one of her most important contemporary treasures. The Cartier-London brooch was designed around the Williamson Pink Diamond, one of the finest and largest pink diamonds in the world.

The Queen received the 54.5-carat rough pink diamond in 1947 as a wedding present from the Canadian geologist, Dr. John Thorburn Williamson, an ardent royalist who owned the Mwadui mine in Tanzani where it was discovered. It took two months for the lapidaries Briefel and Lemer of Clerkenwell in London to cut the stone into a 23.6-carat round brilliant-cut diamond. The Queen and the Queen Mother checked in on the progress repeatedly. 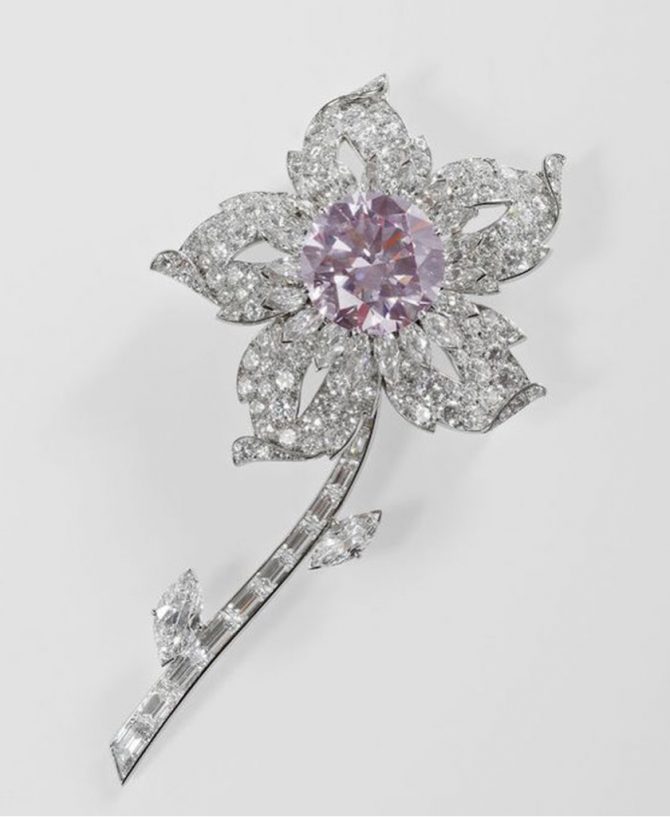 The gem was set in a white diamond flower brooch designed by Frederick Mew of Cartier in London in 1953. According to Hugh Roberts, author of The Queen’s Diamonds, the delay in the setting was “due to Dr. Williamson’s wish to add further pink diamonds to his original gift. As these were not forthcoming, he added 170 small brilliants, 12 baguettes and 21 marquises instead.” The gems were set in platinum. The jewel is almost 4-inches tall.

The Queen has worn the brooch to several significant events beyond the day during her Silver Jubilee. She had it on for the weddings of the Prince of Wales and Diana in 1981, Lord Linley and Serena Alleyne Stanhope, the Countess of Snowdon in 1993 and Prince Edward and Sophie Rhys-Jones in 1999. In other words, there are plenty of opportunities in the queen’s life for The Crown costume designers to right the jewelry wrong and include the piece in the production in the future.

All The Details On Princess Anne’s Chic Wedding

Helena Bonham Carter Wore Her Own Jewels In ‘The Crown’