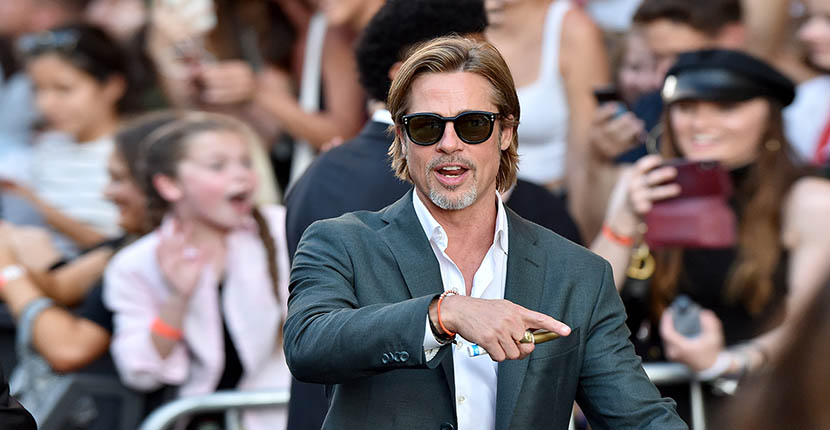 Brad Pitt wore jewels by David Yurman to the "Once Upon a Time ... in Hollywood" July premiere. Photo Getty

In the beginning of 2019, men in Hollywood did what I thought was impossible. They brought the brooch back. Yes this jewelry cheerleader, who was convinced the accessory beloved by ladies during the mid-20th century would never be in vogue again, was happy to be proved wrong. The brooch returned with a vengeance on men walking the red carpet. Everyone from the flamboyant Billy Porter to the dashing Chadwick Boseman wore them and showed how fabulous a bejeweled brooch could look on a lapel. The brooch became so hot, I began to think the men who left it off looked a little drab. 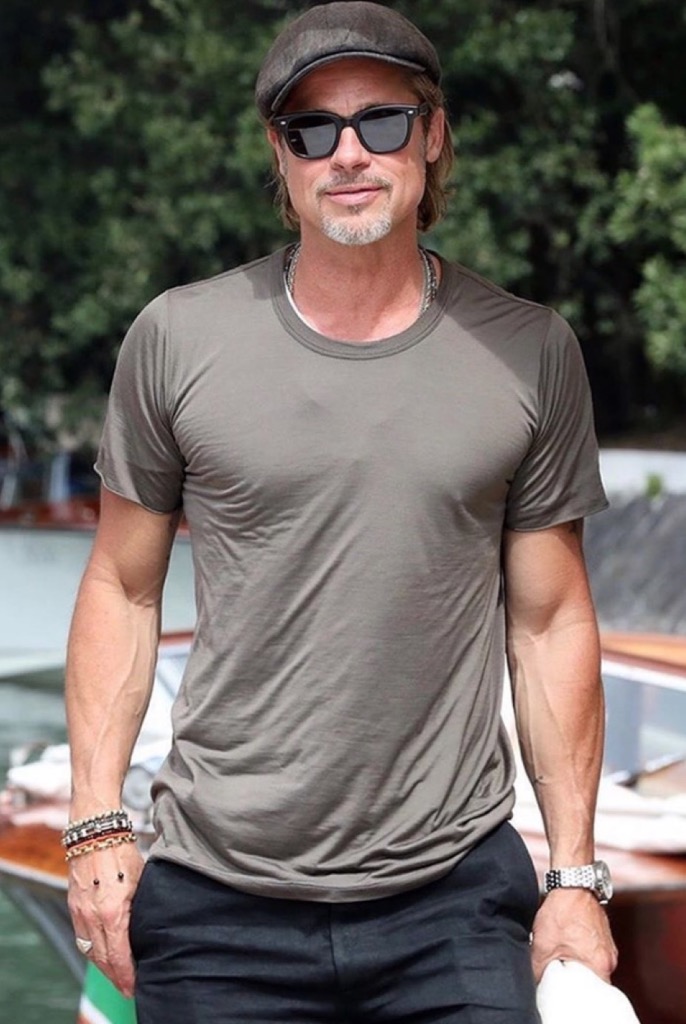 Well, throughout the course of the year any number of in-tune designers turned their attention to wide ranging collections for men with earrings, necklaces, bracelets and rings. My cynical self might have thought it was a marketing ploy, but the movement was very real. Brad Pitt proved it. And do you really need any more examples than Mr. Pitt? (That’s a rhetorical question.) The long-time jewelry lover led the charge in men’s jewelry throughout the summer at international premieres for his films Once Upon A Time in Hollywood and Ad Astra. He wore layers of jewels including a ring, chain necklaces and bracelets by David Yurman who has been on the men’s jewelry bandwagon forever.

See some of the men’s styles that debuted in 2019 below. 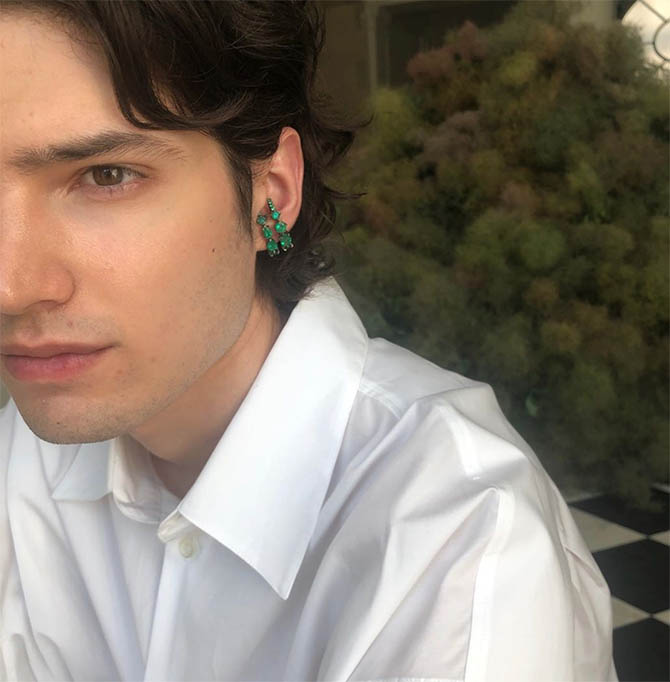 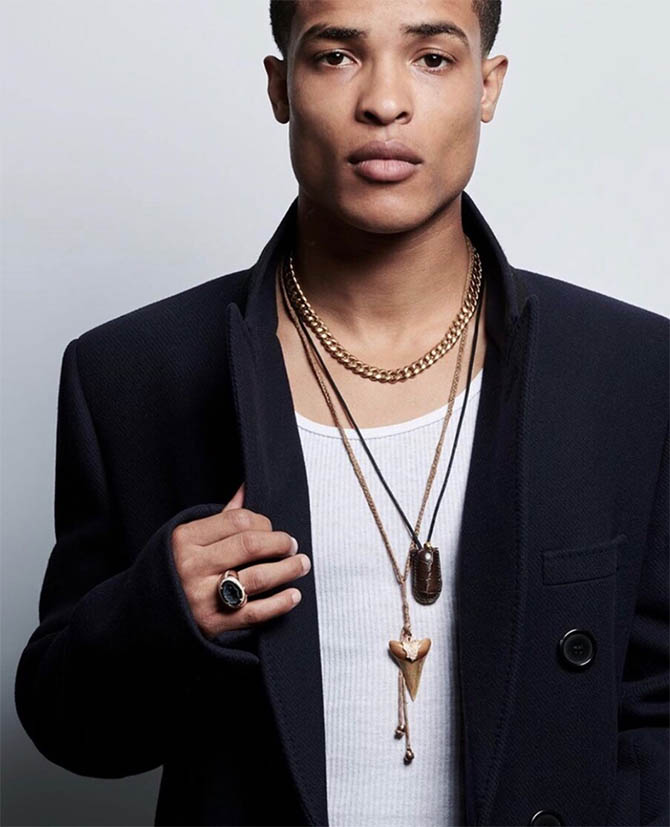 Jacquie Aiche introduced a vast array of bohemian baubles for the boys. 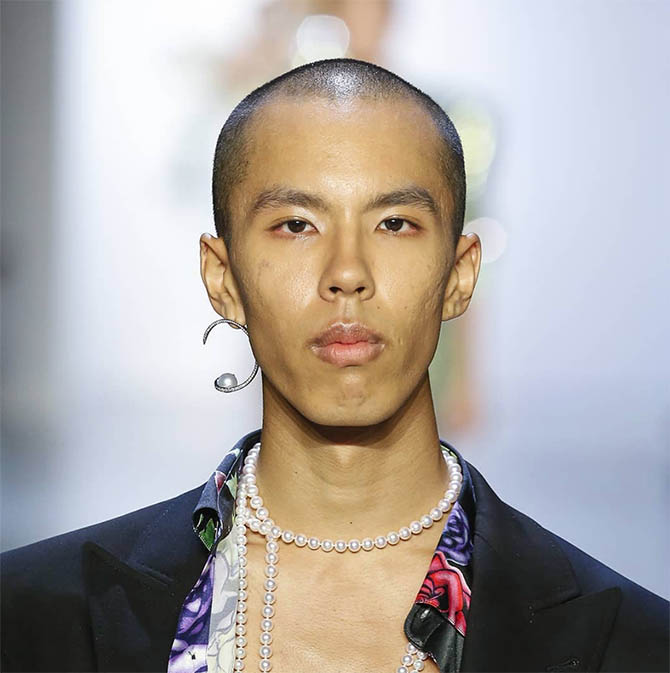 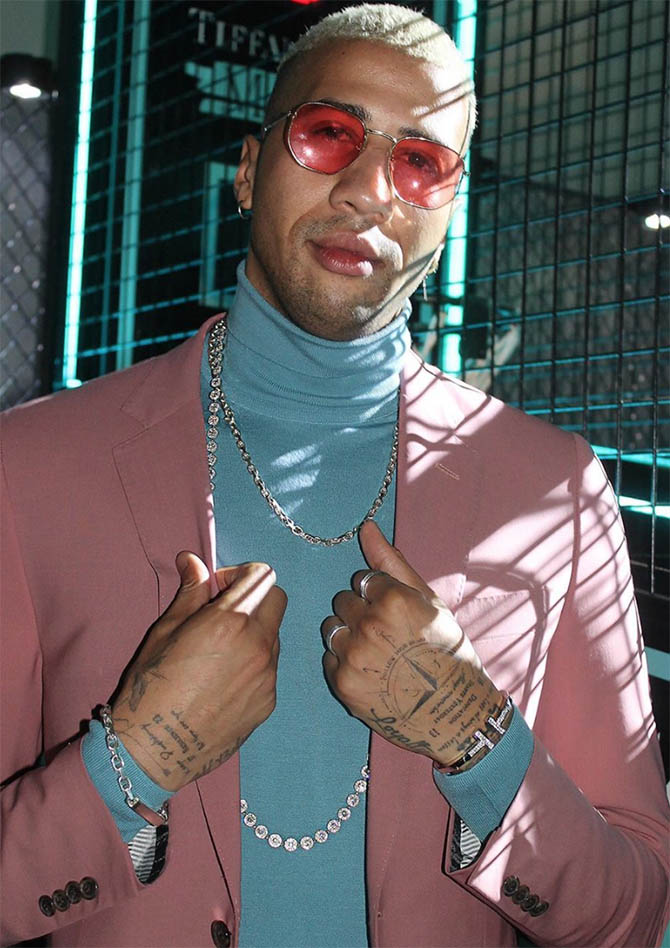 Tiffany & Co. not only launched a huge men’s collection for the 2019 holiday season, they also made a statement by backing it up with a lavish pop-up shop in New York.

Men in Hollywood Made the Brooch Happen