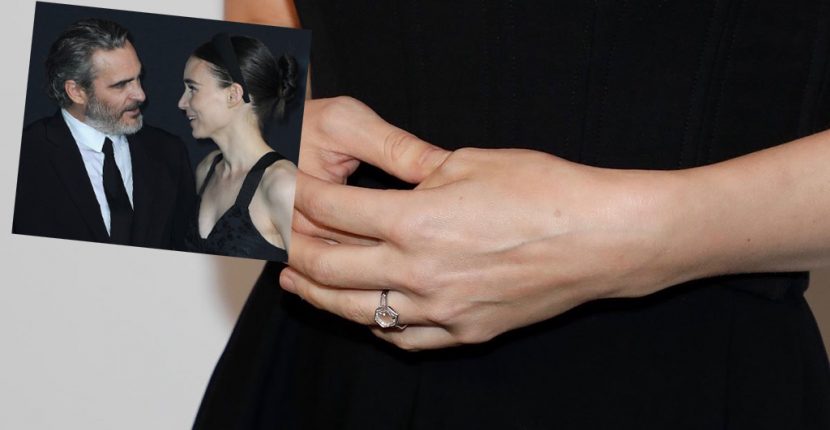 Giant engagement rings made headline news this year and we covered all of them. Jennifer Lopez, Scarlett Johansson and Princess Beatrice left us in awe of their statement pieces. There were also the impressive engagement ring redesigns of Meghan Markle and Mirka Federer.

But we didn’t want the year to pass without reviewing the trend for comparatively smaller engagement rings received by a trio of seriously stylish A-Listers: Emma Stone, Jennifer Lawrence and Rooney Mara. The jewels these women wear on the third finger of their left hand are not made for the cameras. They are elegant personal pieces for stars who keep their love lives relatively, if not almost completely, private. 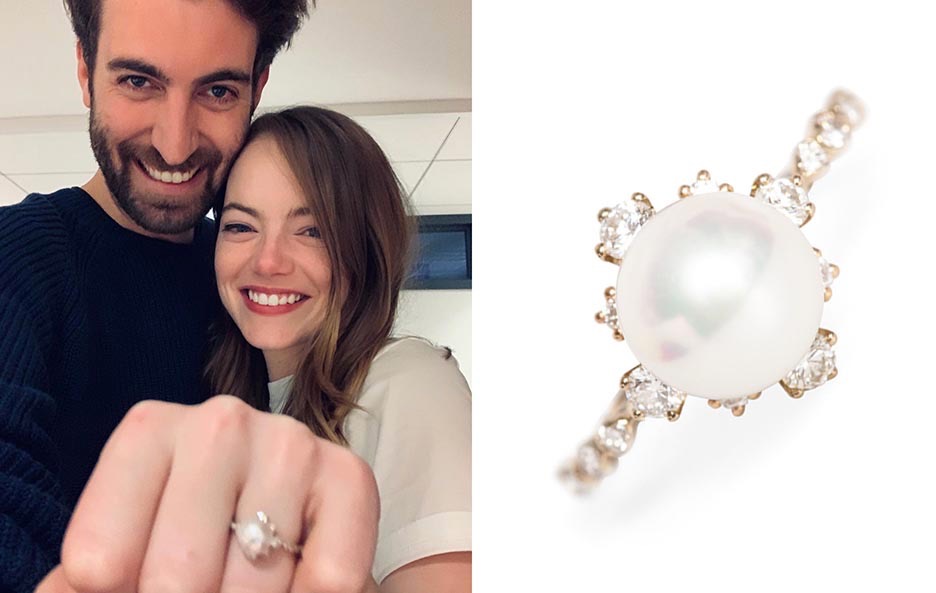 Emma Stone and her fiancé Dave McCary, an SNL segment director, publicly announced their engagement on December 4, 2019 with a post on Instagram. The blurry image of the engagement ring led several in the press to describe the center gem as pearlescent or even a pearlescent diamond. It was hard for people to believe their eyes that it was in fact a pearl, an unusual choice for an engagement ring. Jewelry sleuths pretty quickly figured out (I am not sure who did so first) the engagement ring was the Winter Pearl Ring designed by Kataoka and purchased from Catbird in Brooklyn for $4,780. 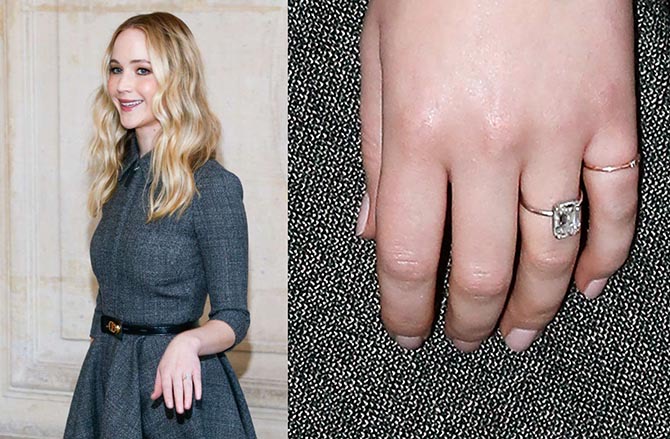 Emma’s good friend Jennifer Lawrence got engaged in February to Cooke Maroney, a gallerist. (They were married in a private ceremony in October. No official images were released for the wedding.) For the engagement ring Maroney went to Alison Lou, a New York based designer who made Emily Ratajkowski’s giant two-stone engagement ring.

For Lawrence, Lou created something entirely different. The star’s ring is a sophisticated emerald-cut diamond set on a platinum band. While many reports in the press have described the diamond as “massive,” it is just a few tasteful carats. In other words, it’s not in the ballpark of J.Lo or Scar Jo’s truly giant jewels. 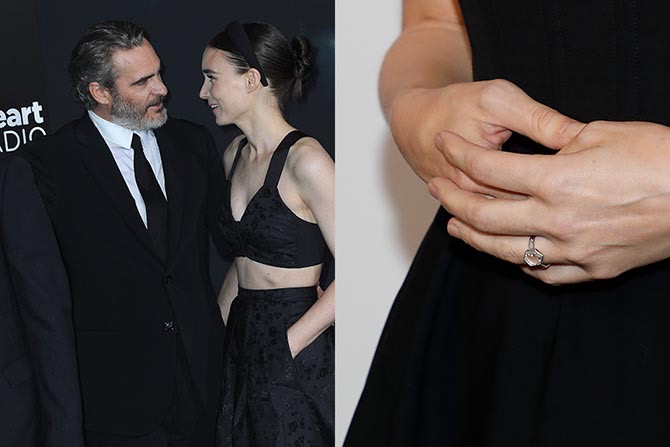 Finally, there is Rooney Mara who became engaged to Joaquin Phoenix at some point around the end of May. As far as I can tell the very private couple has never officially announced their engagement. It took until October 2, 2019 at the New York Film Festival premiere of the Joker for photographers to get a good image of the ring she has been wearing for months. Rooney has never showed it off and it’s too bad because the jewel is a stunner. It is composed of a hexagon shaped portrait diamond flanked by slender tapered baguettes. It looks like it is mounted in platinum.

If you are wondering—a portrait diamond is a real diamond. It is entirely flat without facets on the top or bottom. Historically, the style of stone, that must be more or less flawless to look good, was often used on rings with a portrait underneath them. The gem shape doesn’t have the sparkle of a facetted stone. It is totally understated and perfectly in keeping with Rooney’s minimalist style that rarely includes visible jewelry.