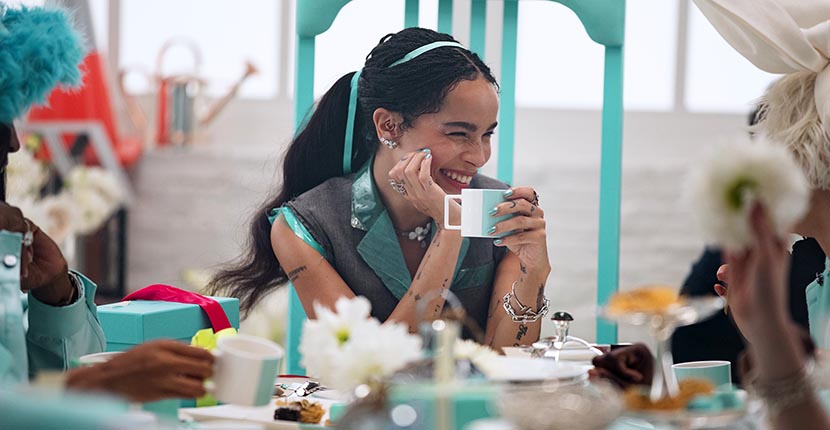 Tiffany has kicked off the holiday shopping season with a joyful music video featuring Zoë Kravitz and the Aerosmith 1973 classic rock song “Dream On.” The 60-second spot starts with the star acting the part of a Tiffany sales associate who is drawn into a rabbit hole of sorts à la Alice in Wonderland. She ends up in a Santa’s workshop-like space where she gets a tour of the oversized Tiffany jewels being made from the manager played by model Xiao Wen Ju. The twosome end-up at a table for a madcap tea party with models Karen Elson, May Musk and Naomi Campbell among others. 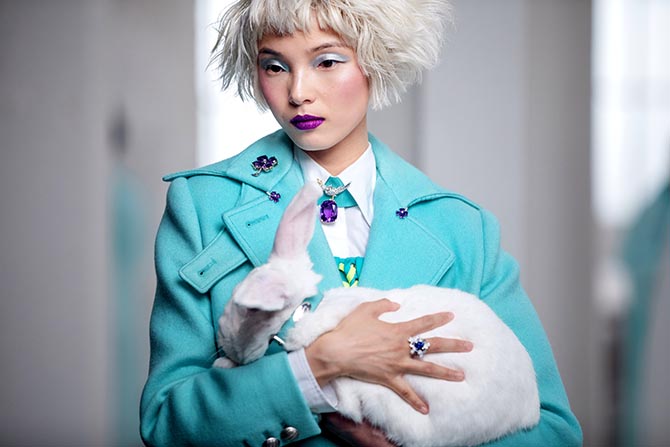 Everything in the video is like a Tiffany dream. The signature Tiffany blue color is accented throughout the clothes, manicures and makeup on the cast. The food they are enjoying comes from the Blue Box Café and is served on Tiffany’s housewares and table settings. Layers of jewelry from Tiffany’s new and iconic collections appear on everyone.

The film was directed by Mark Romanek most recently known for directing Beyoncé’s Sandcastle video. It is a continuation of Tiffany’s “Believe in Dreams” campaign. “The holiday season is a time of year when more than ever, we’re inspired to dream,” said Reed Krakoff, chief artistic officer, Tiffany & Co. “At Tiffany, our artisans work to create magic and beauty in every piece. We created this film to bring their artistry to life and capture the spirit of a Tiffany holiday where anything is possible.”

Tiffany’s New Save The Wild Jewels

This Tiffany Diamond Is Priceless