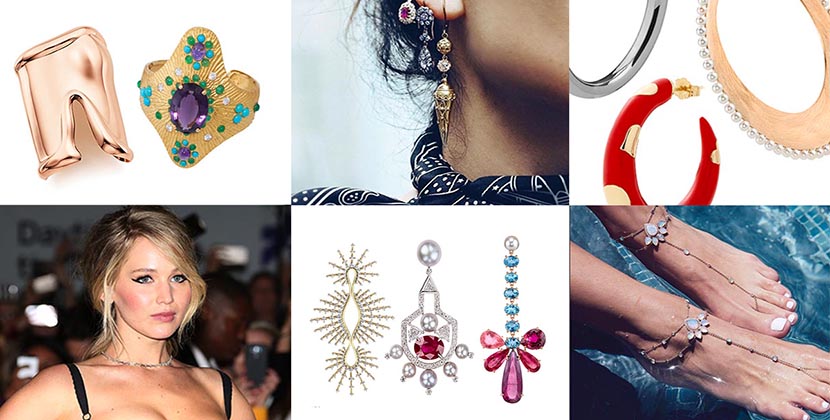 A collage of the hot jewelry trends of 2017 Photo Getty, Courtesy, @BrokenEnglishJewelry/Instagram and @JacquieAiche/Instagram

Best of 2017: The Hottest Jewelry Trends

Everything old was new again

Some years jewelry trends look like styles that might just come and go quickly, but 2017 was different. There was a return to classic silhouettes. Naturally, designers added a stylish twist to the historical favorites to make them hot once again. Find out how they did it by clicking the links to the stories below. 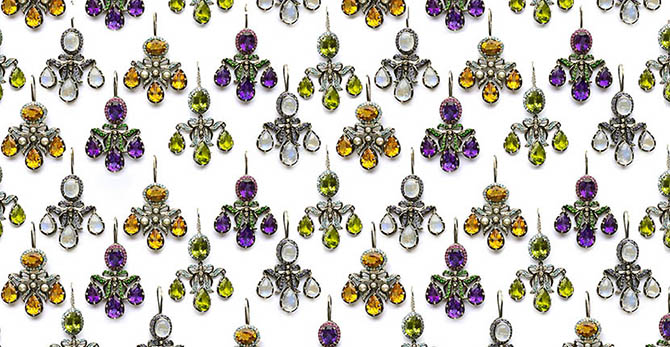 Ear cuffs, studs, single earrings and every kind of novelty have been the mode for several years and we don’t think those looks are going away soon.  Multiple ear piercings, after all, are permanent.  But this year, antique styles joined the line-up on lobes… Read More 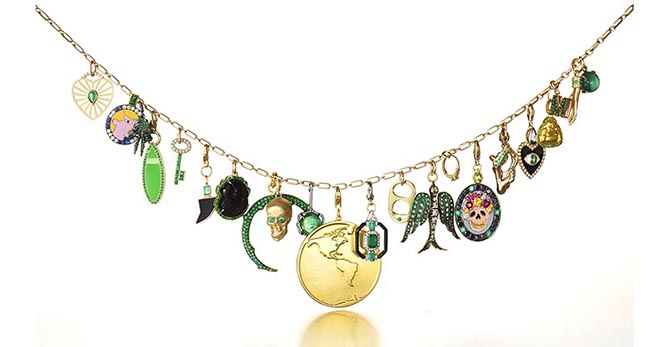 Designers Made Their Signature Motifs In Miniature For Charm Necklaces

Charms are one of those jewelry styles that are always around. It’s just that sometimes they are more fashionable than others. In 2017, the look was on fire… Read More 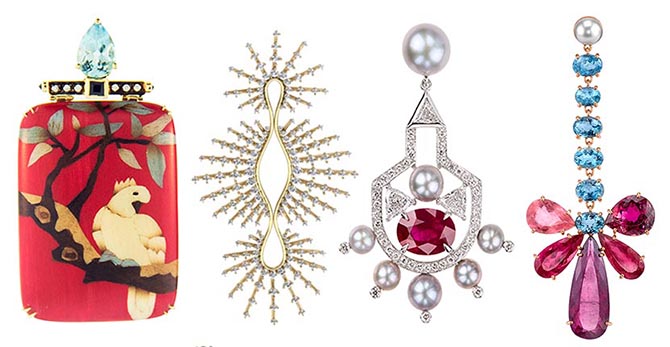 We are in the midst of an earring renaissance. Some of the most imaginative new designs of 2017 debuted at the Couture Show and came in the form of statement earrings… Read More 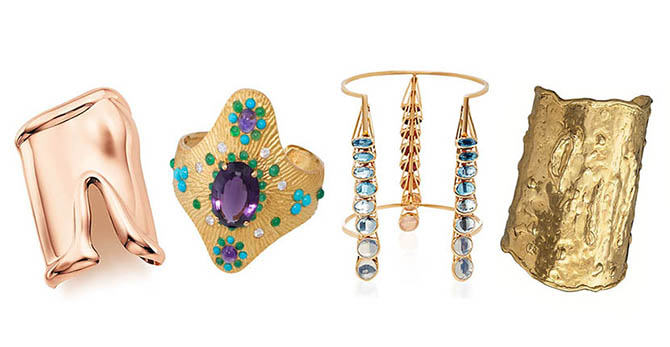 Wonder Woman Wasn’t The Only Badass In Big Cuffs

We don’t think it’s a coincidence that the Wonder Woman movie starring the divine Gal Gadot coincided with a cuff revival and the reenergized Women’s Movement.  The bold style created an empowering look in 2017… Read More 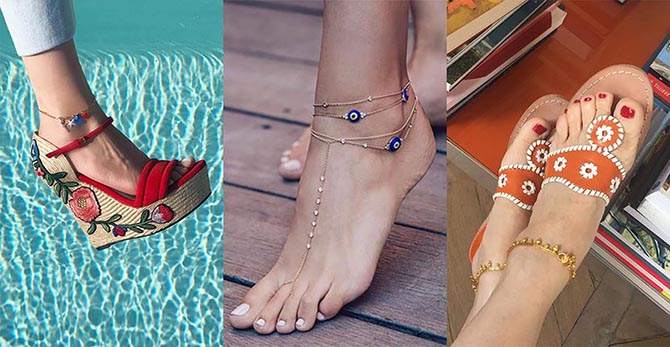 As we hit the homestretch of summer, one old school style prevailed as the number one item jewelry designers choose to wear.  It’s anklets.  Yes, we said anklets.  The stylish tootsies of some of the hottest names in the jewelry lit up the internet… Read More 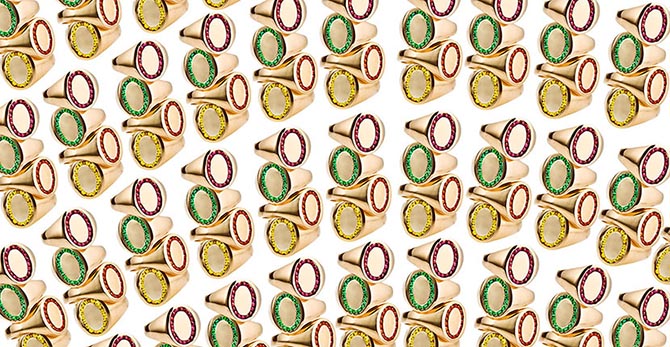 Signet rings were originally worn as men’s pinky rings. In 2017 designers revamped the look into a playful and personal women’s style… Read More 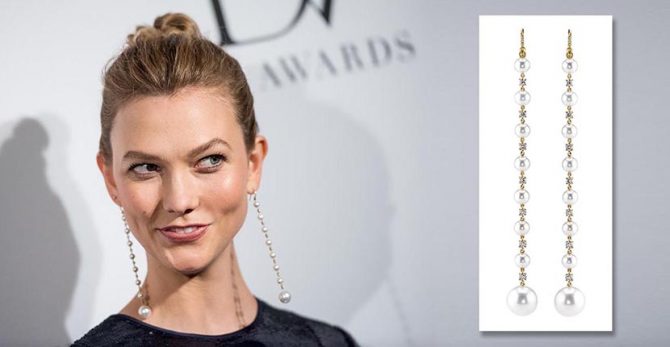 Shoulder Dusters Swept Back In Style

If the theory that three makes a trend is true—and it is—shoulder dusters made a comeback, because we counted four… Read More 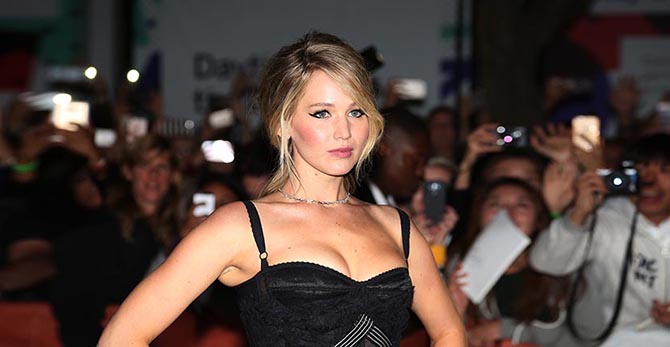 Jennifer Lawrence wearing a diamond choker by Penny Preville at the ‘Mother!’ premiere during the 2017 Toronto International Film Festival. Photo by Walter McBride/FilmMagic

It’s not a trend we saw coming, but honestly, we should have. Diamond chokers are the deluxe evolution of the black velvet choker that was going strong for so long. Now the sparkling renditions have been worn by countless Hollywood stars from Jennifer Lawrence to Angelina Jolie on the red carpet and by others just about everywhere… Read More 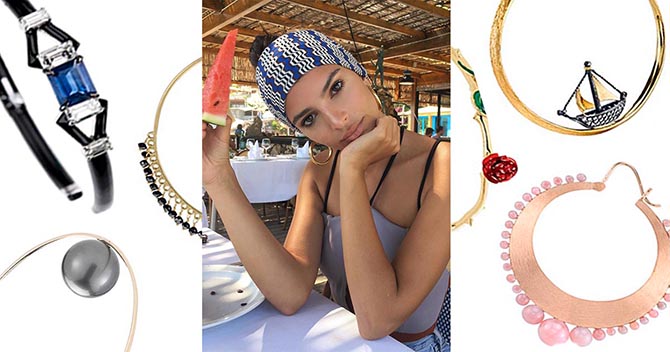 Hoops Were THE Jewel of 2017: The Summer Style Rolled Right Into Fall

Big statement hoops have long been the cool jewels of summer but never have we seen more styles to choose from as we did this year. Then the unexpected happened, the sexy silhouette rolled right into the fall season and down any number of red carpets… Read more 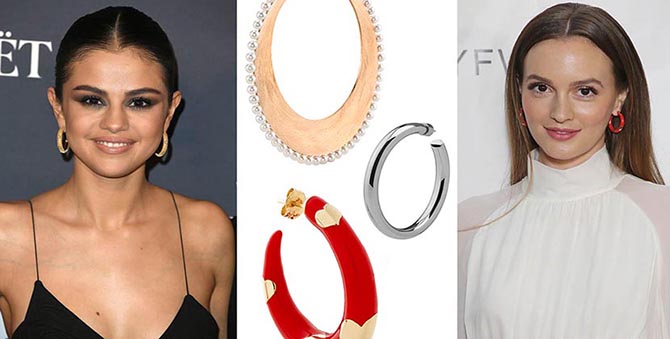