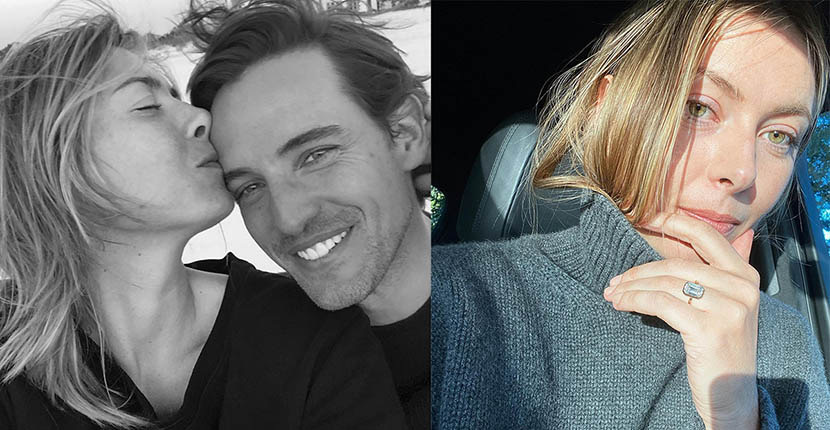 Maria Sharapova with her fiancé Alexander Gilkes and Maria posing in a selfie wearing her Jessica McCormack engagement ring. Photo via Instagram @gilkesa and @mariasharapova

February 10, 2021—Tennis champion Maria Sharapova got engaged in mid-December to her long-time boyfriend, British businessman Alexander Gilkes. On New Year’s Day, she revealed her engagement ring in an Instagram post. I have been thinking about it ever since. The beautiful design is by Jessica McCormack. More on that in a moment.

First, I have to acknowledge that we are living in a golden age of design for celebrity engagement rings. The best ever historically. Don’t agree? Well, let me present some evidence in the form of the engagement rings of Ariana Grande, Scarlett Johansson, Gwyneth Paltrow and Emily Ratajkowski not to mention the less ostentatious designs worn by Rooney Mara and Emma Stone.

This list of stars proves many women are interested in flourishes on their solitaires now. And they expect much more than just a lineup of gems on their jewels.

It’s no surprise that Maria Sharapova has joined this list. She has been a life-long jewelry lover. I first noticed her clear passion watching Wimbledon in 2004 when at 17 she became the third youngest champion of the Grand Slam event. During the intense tournament she was wearing long diamond pendant earrings as well as a gold cross. Only a true jewelry lover shows up in long diamond pendant earrings to play intense tennis. 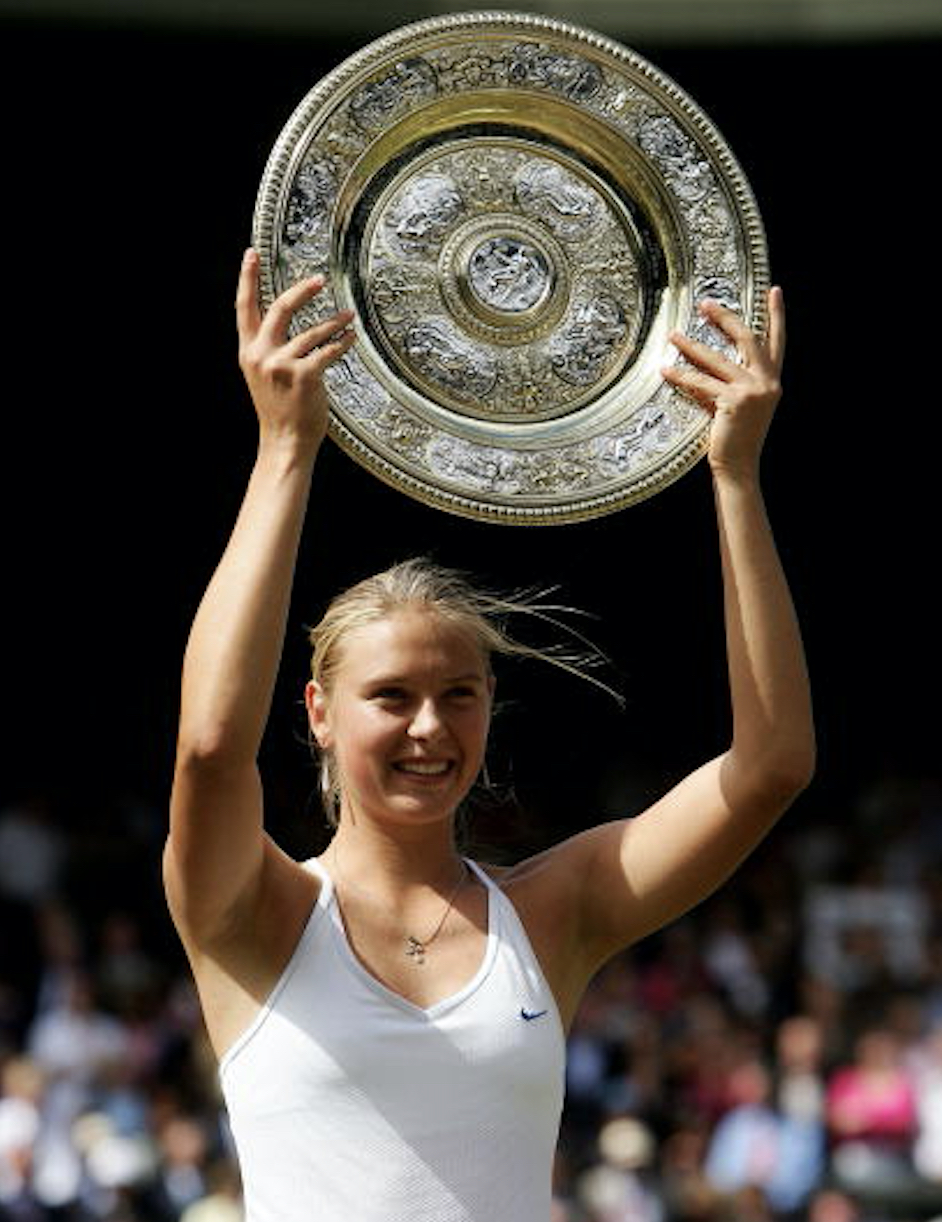 I had a chance to interview Maria in 2009 for InStyle magazine and she shared with me that the earrings were a 16th birthday present. While she changed up her earrings over the years, the gold cross remained a constant. She said of the sentimental jewel, “I got this at my baptism when I was 4 years old. It’s from my parents and makes me feel secure, so I wear it all the time.”

Maria proceeded to tell me about all the designers she admired and the pieces she bought to celebrate big wins. She had a comprehensive knowledge of contemporary jewelry as well as vintage styles and costume jewels. 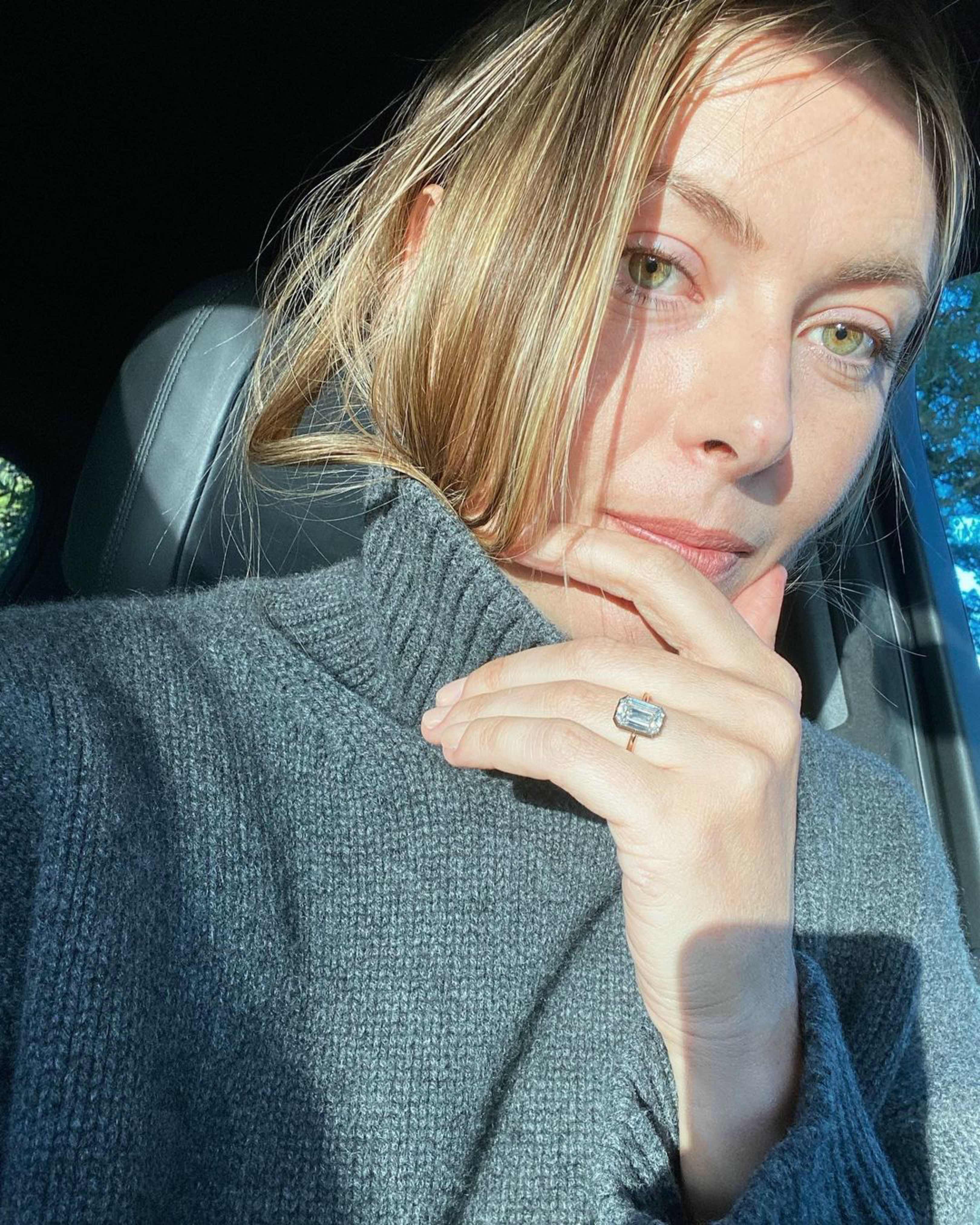 Clearly the now 33-year-old Sharapova is enchanted by the emerald-cut diamond Jessica McCormack engagement ring she received from her boyfriend of two-years, Alexander Gilkes. She knows jewelry. And the London based designer creates one of the most coveted engagement ring collections today. It features the cut-down button back setting that she popularized and defines the vast majority of the jewels in her collection.

McCormack explained to Emily Selter in a 2017 story for The Adventurine:

The button-back setting is a traditional technique from the Georgian era, for which I’ve always had a fondness. The technique shapes and encases the back of the diamond in gold, which increases the refraction of the light, producing a magical depth to the stone. This style is very comfortable to wear. The diamond sits low to the finger and close to the skin, and the smooth gold finish enclosing the diamond keeps the stone as sparkly as possible. 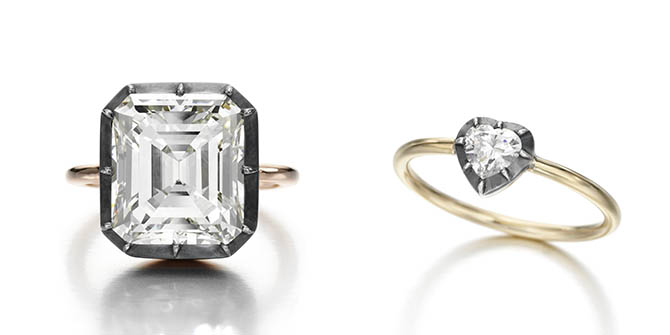 Jessica uses a combination of blackened gold and yellow gold in her button back jewels. The diamonds always stand out as exceptional. Her business partner Michael Rosenfeld is a third generation diamantaire.

One detail that is not known about Maria Sharapova’s ring is the size of the center stone. Maria is something of an Amazon at 6’2” and the gem looks large on her finger. I am guessing it is somewhere in the vicinity of 10-carats. Whatever the case may be, the scale of the stone and setting to her hand is perfection.